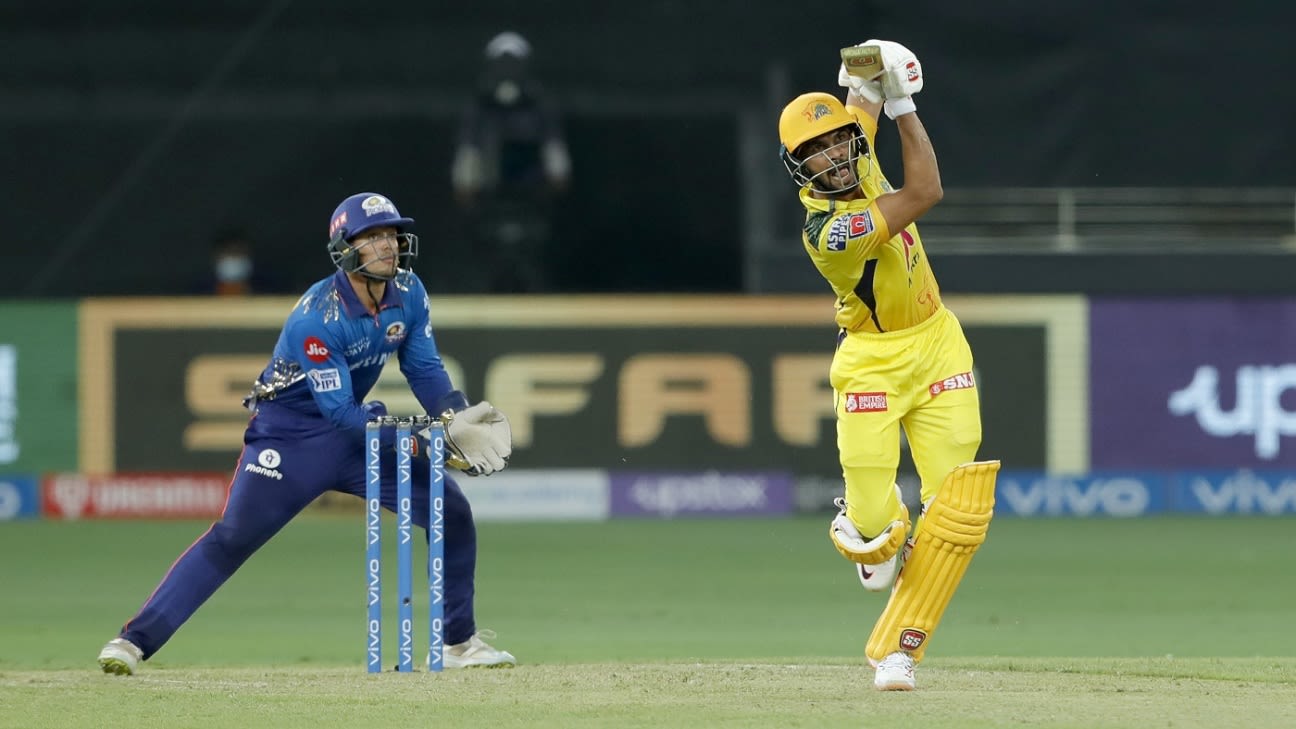 “Obviously one of my top innings till now because of the pressure we were in; the senior batters returned to the pavilion so I had to grind it.”

One of the things IPL teams take pride in is giving opportunities to the next big player. Ruturaj Gaikwad was that next big player last year for Chennai Super Kings. Then everything went wrong for them. Gaikwad himself came down with Covid-19, and when he came back, he got off to a poor start: scores of 0, 5 and 0 in his first three matches.

If there’s a team you want to make a bad start at, though, it is Super Kings. Their management trusts their scouting and their own judgement enough to not make hasty decisions. “When Mahi bhai [MS Dhoni] is around and everyone in CSK management, once they back you, they don’t make you think [worry about] anything,” Gaikwad said. “Just have to be positive. Always in good spirit, good mind space. Obviously helps a lot.”

As the season ended, Gaikwad got himself three consecutive half-centuries but at strike rates between 126 and 136. Two of them came in fairly easy chases, and Ravindra Jadeja helped him out in the third with an 11-ball 31. Before this match, he had played only five innings of 30 or more at quicker than 150.

This season, though, Gaikwad has kicked on higher, but his role in the side remains one that allows others around him to score at higher strike rates. He is only asked to take the lead if he makes it to the second half of the innings.

In this match, against rivals Mumbai Indians who led them 6-1 in recent times, Gaikwad would need to do it all: shore up his side after a collapse, make sure he is there in the end and then take the lead in the final few overs. The hitting was clean, and it involved taking runs off Jasprit Bumrah apart from consigning Trent Boult to his worst over in T20 cricket. When it comes off, and when it is a player you backed early on, it gives the management special satisfaction.

Sign up for ESPN+ and catch all the action from the IPL live in the US. Match highlights of Chennai Super Kings vs Mumbai Indians available here in English, and here in Hindi (US only).

“We have had very big tabs on him for some time,” Super Kings coach Stephen Fleming said. “Even the last time we were here we rushed him back probably too early given the shape he was in from Covid, but that’s how much we regard and respect we have for his ability.

“Today’s innings was very special. It is okay to play an innings in a high-scoring game and dominate but when you are the one to get a score to give your team a chance then it is even more special. The way he went about his work, absorbing pressure and then the ability to accelerate towards the end, really was down to his hand that we were able to create any pressure whatsoever. It was a remarkable innings really.”

ESPNcricinfo’s Smart Stats put the innings in perspective. Gaikwad scored 88 on the board but according to Smart Stats, which contextualises an effort with match situation, because of the phase of the innings and the kind of bowling faced, Gaikwad’s knock was worth 114.14.

“Obviously one of my top innings till now because of the pressure we were in,” Gaikwad said. “Early wickets. All the senior batters returned to the pavilion. I had to grind it, bat 10-12 overs, give myself time, just create a partnership, push for whatever you can: 120-130, then slowly, 140 was possible, then 150 became possible. I think it was just a matter of spending time on the wicket.”

Super Kings’ faith in Gaikwad is paying off, but it is no miracle. They have made the changes required – mainly in taking their batting deeper – to allow them to play quicker during the middle overs especially, which in turn lets Gaikwad be the anchor for them. It’s not everyday that Gaikwad will need to perform such rescue acts, but Super Kings will be glad to know he has that extra gear.