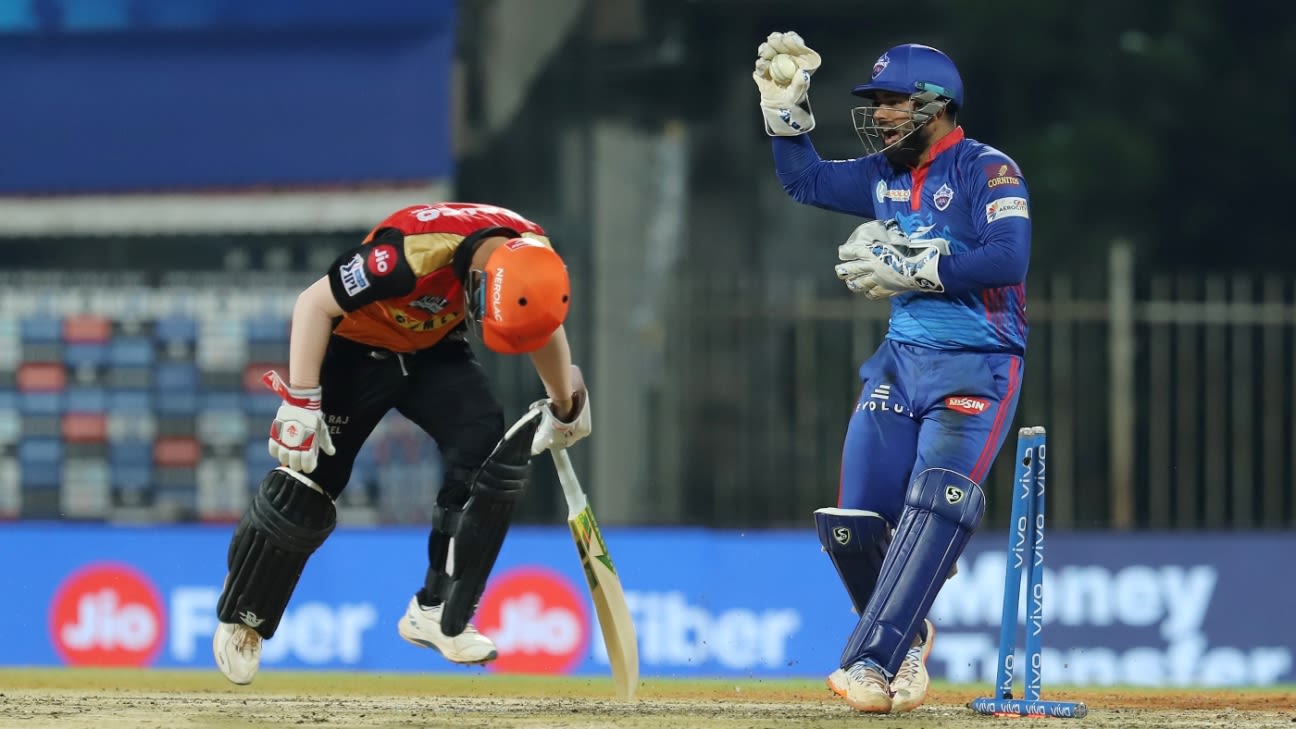 With Iyer back, the Capitals should be able to unleash Nortje alongside Rabada once more

These two teams finished at opposite ends of the table during the first leg of IPL 2021. The Delhi Capitals had everything going their way in that period – Shikhar Dhawan and Prithvi Shaw ruled the powerplay, their bowlers shone through – as they climbed to the top of the table with six wins in eight matches. There’s only more good news for them coming into the second half: Shreyas Iyer, one of their best batters last season, has returned from injury. And he’s feeling “on top of the world”. They also have a guy who wants to be the best finisher in the world. All this means they have pretty much everything in place to secure their third consecutive playoffs spot.

Meanwhile, it was not all good for Sunrisers Hyderabad in the India leg of this season. Their captain David Warner was replaced – and dropped – halfway through the first leg as a result of his waning form. They fielded 21 players in the first half of IPL 2021, and none of their quicks played all seven matches.

While they had a few commendable individual bowling performances, their batting let them down on most occasions, and as a result, they could win just one out of their seven games. This time around, they also don’t have Jonny Bairstow, who was their highest run-scorer in the first leg.

They will be hoping to find inspiration from their 2020 campaign in the UAE when they made the playoffs, but it doesn’t look that easy for now. A lot rests on Warner and their captain Kane Williamson to turn their campaign around.

IPL 2021 is available in the US on ESPN+. You can subscribe to ESPN+ and tune in to Wednesday’s match here.

Sunrisers have been dealt a blow ahead of the match on Wednesday with pacer T Natarajan testing positive for Covid-19*. According to an IPL release, he has isolated himself from the rest of the squad and is currently asymptomatic. Allrounder Vijay Shankar, net bowler G Periyasamy and four other Sunrisers backroom staff, who have been identified as his close contacts, are also isolating, while the rest of the contingent has tested negative in the RT-PCR test conducted in the morning.

Sunrisers have brought in Sherfane Rutherford as Bairstow’s replacement. The middle-order batter might not be a like-for-like replacement for Bairstow, but he comes into the IPL with enough T20 game-time and a decent form behind him. In 11 matches in the recently-concluded Caribbean Premier League, he scored 262 runs at a strike rate of 127.18, with three half-centuries, playing for the champions St Kitts & Nevis Patriots. It remains to be seen how he will fit into the Sunrisers’ team combination but they could use someone like him to bolster their middle order.

Last week, the Capitals announced that Rishabh Pant will continue as captain for the rest of the 2021 season despite regular captain Iyer having returned from a shoulder injury. The Capitals have also roped in the Australian bowler Ben Dwarshuis as Chris Woakes’ replacement for the rest of the season, while left-arm pacer Kulwant Khejroliya has replaced M Siddharth.