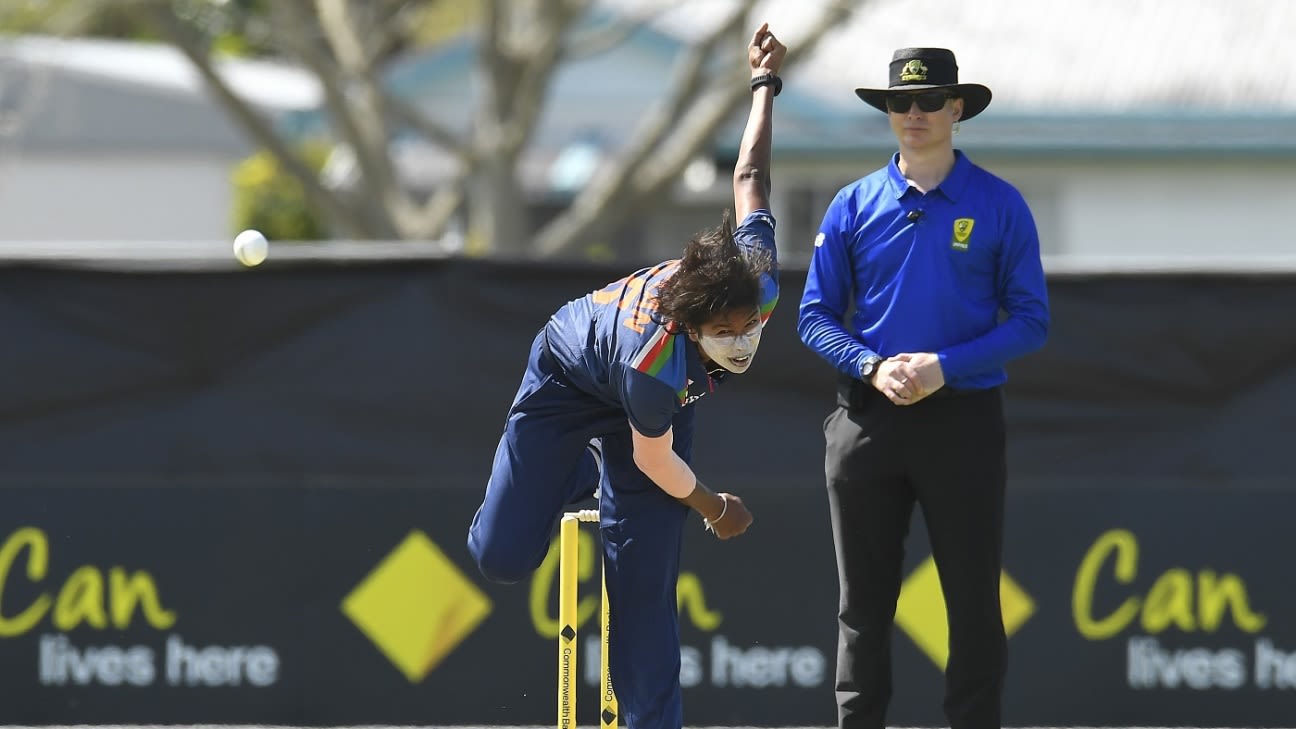 Regarded as one of the greatest fast bowlers of all time in the women’s game, Goswami began her international career nearly two decades ago and, at 38-years-old, is still among India’s frontline pace options.

“No bowler to complement for Jhulan… that’s been there for a long, long time,” Chopra told PTI. “That remains a concern for the team, to not have a supporting role alongside Jhulan Goswami. Whereas many teams are looking to field three seamers, we are struggling to field two.

“Shikha Pandey was not picked for [the series against] South Africa but went to England [earlier this year]. Meghna Singh is there… it’s also about taking those chances for the players.” Twenty-seven-year-old Singh, a fast bowler, is one of three uncapped players included in the India squad for the ongoing tour of Australia.

The Indian team management, including head coach Ramesh Powar and batter Smriti Mandhana, have recently stressed on regularly scoring 250-plus in ODIs, and Chopra said it would take work.

“A 250-run target doesn’t happen overnight, we need planning, preparation and skill level to get there. It can be 250-plus, 300 or 350. 250 is now a par score as women’s ODI scores have become higher over the past few years,” Chopra said.

Chopra, who was the face of women’s cricket in India and played in six World Cup finals, said she wasn’t thinking too far ahead when asked about next year’s ODI World Cup. India are currently touring Australia, where they are engaged in a series comprising three ODIs – Australia won the first one by nine wickets – three T20Is, and a one-off day-night Test.

“The series against Australia has just begun, there are a number of matches to go. World Cup is still far ahead. It’s anybody’s game in the World Cup. The World Cup is the next big tournament and all the preparation is towards that. You need game time towards enhancing yourself.”