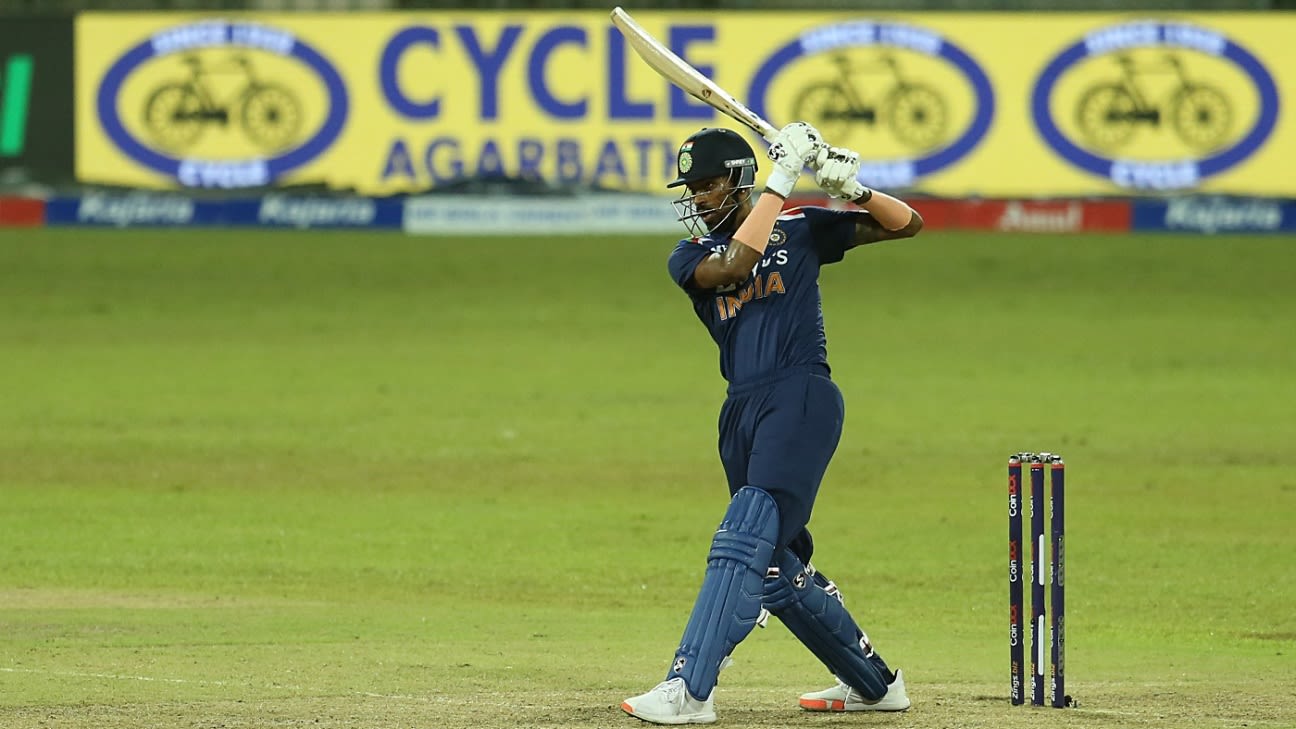 “There’s also no point in rushing him back to get injured and miss the rest of the tournament when we have a chance to win it.”

With Hardik Pandya sitting out both of Mumbai Indians’ matches since the resumption of IPL 2021, there has been a lot of speculation around his fitness and whether he will be ready to take a full part in the T20 World Cup coming up next month. Mumbai’s bowling coach Shane Bond tried to allay some of those fears in Thursday’s post-match press conference, but he refused to get into specifics about what might be troubling the allrounder.

“Hardik’s training well,” Bond said after Mumbai were beaten by Kolkata Knight Riders. “He’s trained today. He’s been close to playing. We’re obviously balancing the needs of our team and the needs of team India as well. It’s the one thing that this franchise does really well is look after its players with an eye not only to win this competition but an eye to the World Cup that’s coming up as well. Hopefully Hardik can be back for the next match and as I said he’s trained today and he’s going pretty well.”

The BCCI has been very careful with Hardik and his workloads ever since he returned from back surgery in 2020. He has very rarely bowled in this time but chief selector Chetan Sharma, while announcing India’s squad for the T20 World Cup, claimed that Hardik was 100% fit and that he expected the allrounder to bowl his full quota of four overs whenever he is needed.

Sign up for ESPN+ and catch all the action from the IPL live in the US. Match highlights of Mumbai Indians vs Kolkata Knight Riders is available here in English, and here in Hindi (US only).

When asked if the board had anything to do with Hardik’s stay on the sidelines, Bond said, “No, not at all. I think the one thing you want to do with your players in your team is look after them. We’re obviously desperate to put him back on the field and any player would be desperate go out there as well. But like anything you have to balance everything.”

Hardik has not played any kind of competitive cricket since July, when he was part of a second string side that went to Sri Lanka. Still Mumbai are expecting him to come back at some point this season and help them make a push for the IPL play-offs.

Mumbai, who have slipped to sixth place on the IPL points table, play their next game on Sunday.