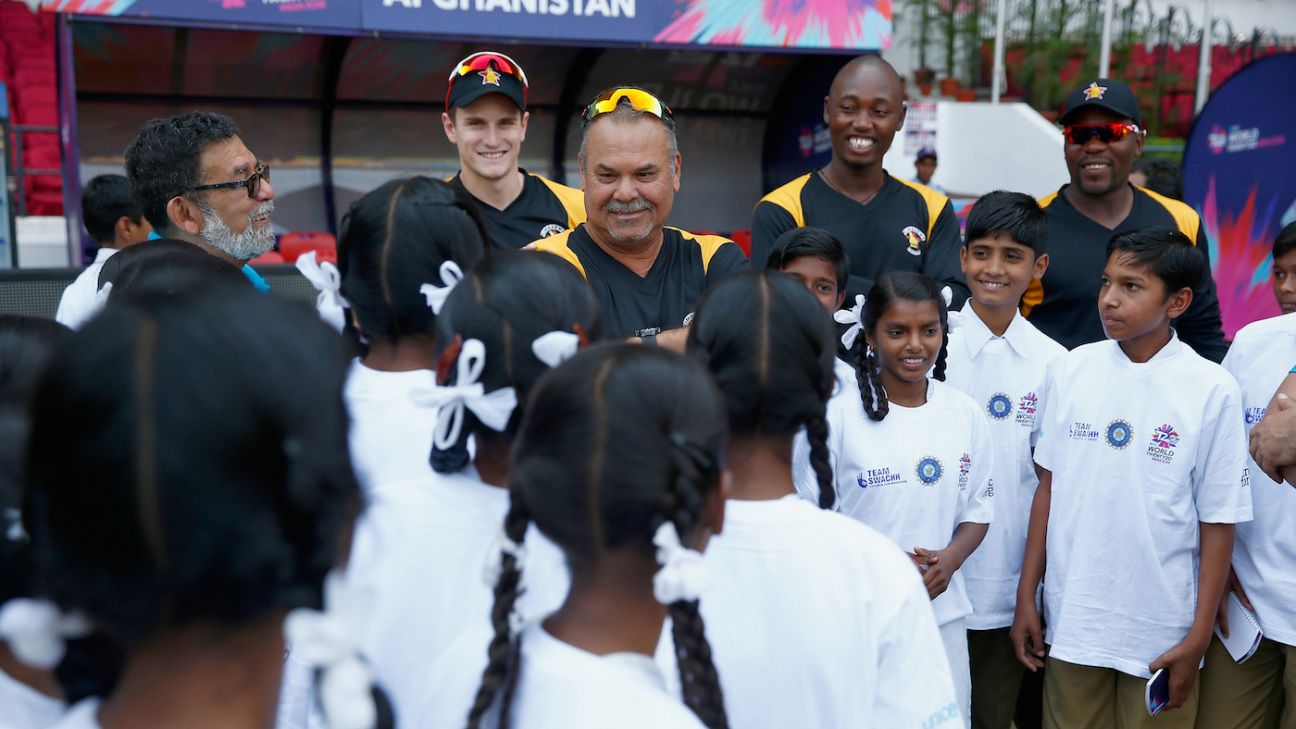 The Australian coach was expected to join last year, but couldn’t travel to India because of Covid-19-related issues

Dav Whatmore, who had signed with Baroda in the Indian domestic circuit as director of cricket last year but couldn’t get started due to visa-related issues because of the Covid-19 pandemic, has resumed work with the team. His original contract with Baroda was for two years, and – despite having worked with the Nepal men’s national team for a period in between – he will now be with Baroda till the end of the upcoming 2021-22 season.

His work as the chief of the Baroda support staff, as he had explained to ESPNcricinfo, was with the senior team, in the main, but also to “lay down a structure at the Under-19 and Under-23 levels to create a feeder system, along with the local coaches”. That, Baroda Cricket Association CEO Shishir Hattangadi said, “will continue to be his profile”.

“He has started meetings with the coaching staff after reaching day before yesterday, he has visited the stadium and practice facilities, and he will be putting plans in place for the upcoming season soon,” Hattangadi said.

The BCCI has announced a full calendar for the 2021-22 domestic season – after only a handful of tournaments could be held in 2020-21 – with the senior men’s fixtures starting with the T20 Syed Mushtaq Ali Trophy, from October 20 to November 12. The first-class Ranji Trophy will start four days after the end of the T20 tournament and run till mid-February next year, and the 50-over Vijay Hazare Trophy will take place after that.

Once he was not able to travel to India in 2020, Whatmore joined as Nepal’s head coach in December armed with the requisite no-objection certificate from Baroda. The Australian, who had previously worked with Sri Lanka, Bangladesh, Pakistan and Zimbabwe, took charge only in early 2021 with qualification for the 2022 T20 World Cup in Australia the focus.

Whatmore, however, resigned from the position earlier this month, with the pandemic, which has made it difficult for him to see his family, understood to be the main reason for his decision. “That freed him up to link up with us again,” Hattangadi explained.

Whatmore’s highest honour as coach remains steering Sri Lanka to a 50-over World Cup title in 1996. He then went on to oversee Bangladesh’s rise from 2003-07, guiding them through to the Super Eights of the 2007 50-over World Cup where they knocked out India and also upset South Africa. In the past, he has also coached India Under-19 and the Kolkata Knight Riders IPL franchise for two seasons, as well as Indian domestic side Kerala, who made their first Ranji Trophy semi-finals in 2018-19 under his guidance.