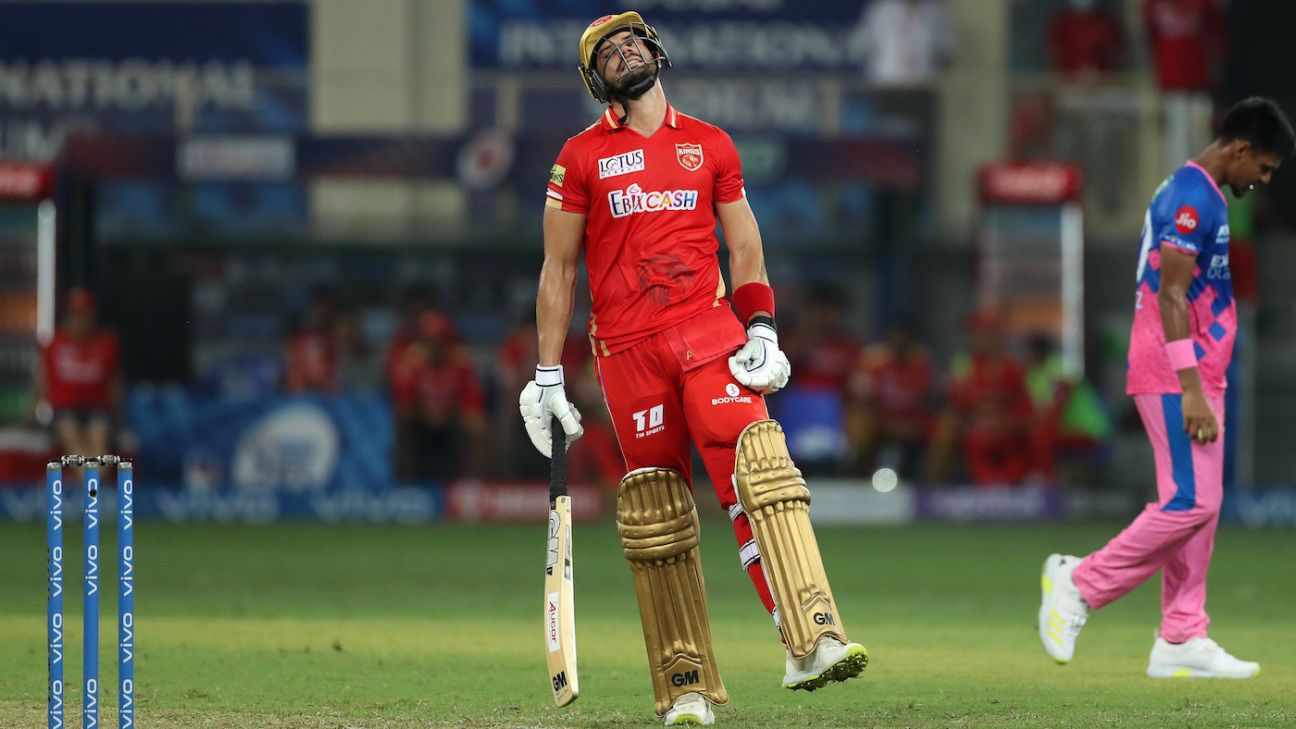 September 20, 2020. Mayank Agarwal hits Marcus Stoinis wide of long-off for four, leaving Kings XI Punjab needing one run off three balls to win their opening match of the season. They fail to get that run, and lose the game in the Super Over.

They eventually fail to make the playoffs, finishing with a better net run rate than the fourth-placed team but with two points fewer.

September 21, 2021. Kings XI are now the Punjab Kings, but they’re the same team in many ways. They have eight wickets in hand, they have Nicholas Pooran and Aiden Markram set and firing, and they somehow fail to score eight runs off two overs.

There’s an argument that the Kings bungle these moments because of a lack of tactical nous. There’s an equally strong argument that it’s just randomness, that these things happen in T20, where luck influences results to a bigger degree than many would care to admit, and that bad luck has simply happened to follow the Kings wherever they’ve gone over the last two seasons.

Whatever it is, the Kings can’t keep letting this sort of thing happen to them if they are to have a chance of making the playoffs this season. With five games left in their league campaign, they still have a more than decent chance of getting there, despite sitting second from bottom.

And that’s because the bottom team, Sunrisers Hyderabad, have had an utterly miserable season, winning just one of their eight games so far. There’s no mystery to why they’ve struggled this much – as has been the case in every recent season, their middle order has been poor, and the management has failed to remedy this issue, retaining 22 players from last season and only signing three players – of which only one was a middle-order batter – at the auction.

Their batting woes have only taken a turn for the woes in the UAE leg of the season, with Jonny Bairstow pulling out, and his replacement Sherfane Rutherford now leaving the tournament bubble following the death of his father.

Given all this, it’s highly unlikely that the Sunrisers will make the playoffs, but their mathematical chances will improve if they can beat the Kings on Saturday. The Sunrisers have beaten the Kings 12 times in 17 meetings, including three of the last four, and their only win this season.

IPL 2021 is available in the US on ESPN+. You can subscribe to ESPN+ and tune in to Saturday’s second match here.

The Sunrisers have added the Jammu & Kashmir fast bowler Umran Malik – who was part of their contingent as a net bowler – to their squad as a short-term replacement for Natarajan. He will only be part of the squad until Natarajan rejoins it upon completion of his quarantine.