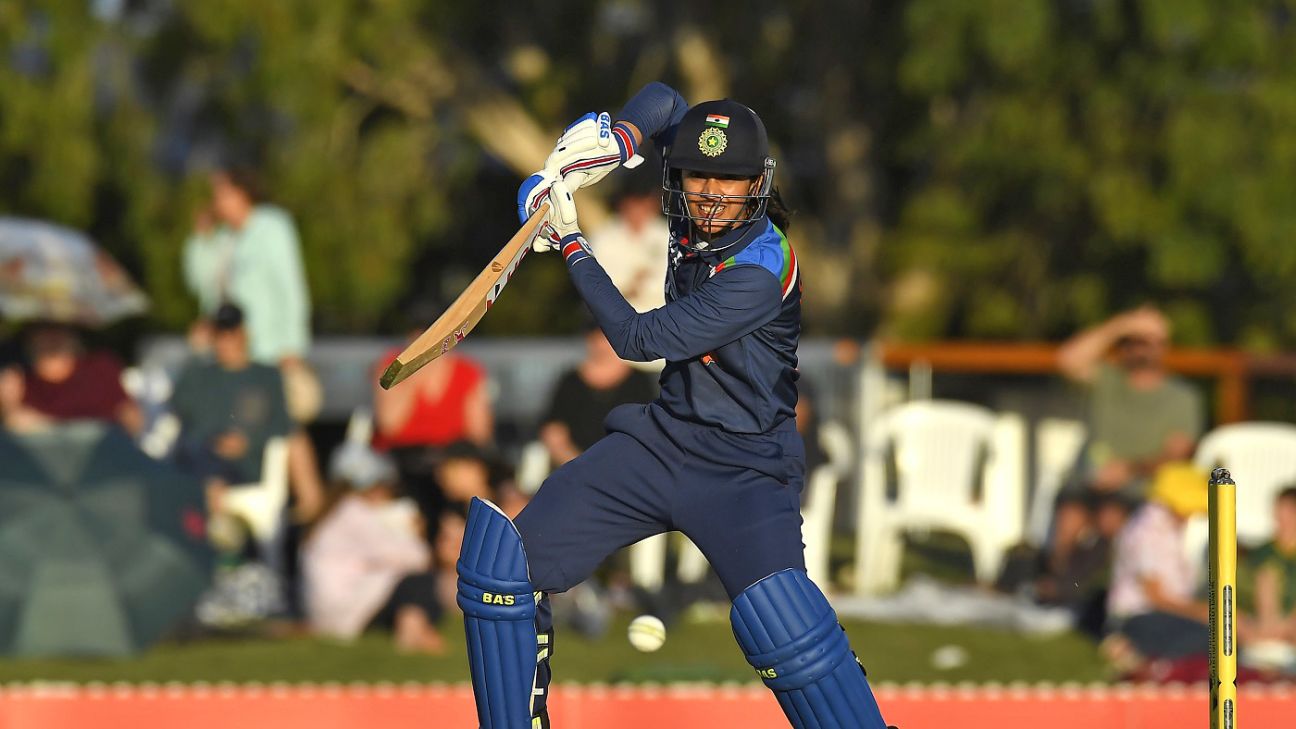 Defending WBBL champions Sydney Thunder have pulled off a coup signing India batter Smriti Mandhana and allrounder Deepti Sharma ahead of their title defence in October.

Mandhana, coming off her highest ODI score of the year, is set to play for her third WBBL club after previous stints with Brisbane Heat and Hobart Hurricanes.

Sharma has never played in the WBBL but has experience in domestic T20 leagues. She featured in the women’s competition of the inaugural Hundred, for London Spirit, claiming 10 wickets at an economy rate of 5.26 and, along with Mandhana, was part of Western Storm’s title-winning 2019 campaign at the now-defunct Kia Super League.

The pair come in as replacements for English duo Heather Knight and Tammy Beaumont who were unavailable despite England’s tour of Pakistan being cancelled.

Shafali Verma and Radha Yadav are also set to play in the WBBL with Verma’s father, Sanjeev, confirming to ESPNCricinfo that she has signed with Sydney Sixers back in May.

Mandhana, 25, said she was excited to get another opportunity to play in the WBBL and relished the challenge of being the marquee overseas player.

“Playing in overseas leagues gives you a lot of experience, especially in the T20 format,” Mandhana said. “Then, of course, you exchange so much experience with each other . . . with all the players from over the world . . . so you get to learn a lot. Rather than ‘pressure’, I always look at it as an opportunity to learn, and to get used to that pressure because it only builds when you play international cricket.”

Sharma, 24, was thrilled to get her first chance to play in the WBBL.

“This is my first time [in the WBBL], so I’m excited,” Sharma said. “I’ve had offers before, but I couldn’t play at the time because at the time we had [an international] series.

“It’s a big thing for Indian women’s cricket that we have the opportunity to play in the WBBL. We have to express ourselves in the competition.”

Coach Trevor Griffin, who earlier worked with the pair at Storm, felt the Indians were the perfect replacements for Knight and Beaumont.

“While it’s disappointing not to be able to have Heather back, if you could choose any replacement for her it would be Deepti – she’s also a star,” Griffin said. “She offers a lot with the bat – Deepti is a match-winner – and she also has the talent to bowl in the powerplay, during the middle of a match, or at the death.

“Smriti is an opening batter who has the tremendous ability to take everything in her stride. I like that she keeps her game really simple; she just wants to score runs. I’m delighted to have her on board, and I have no doubt that she’ll prove to be a great addition to Thunder.”

The WBBL begins on October 14, following India’s ongoing multi-format series against Australia, with the first 20 matches to be played in Tasmania.