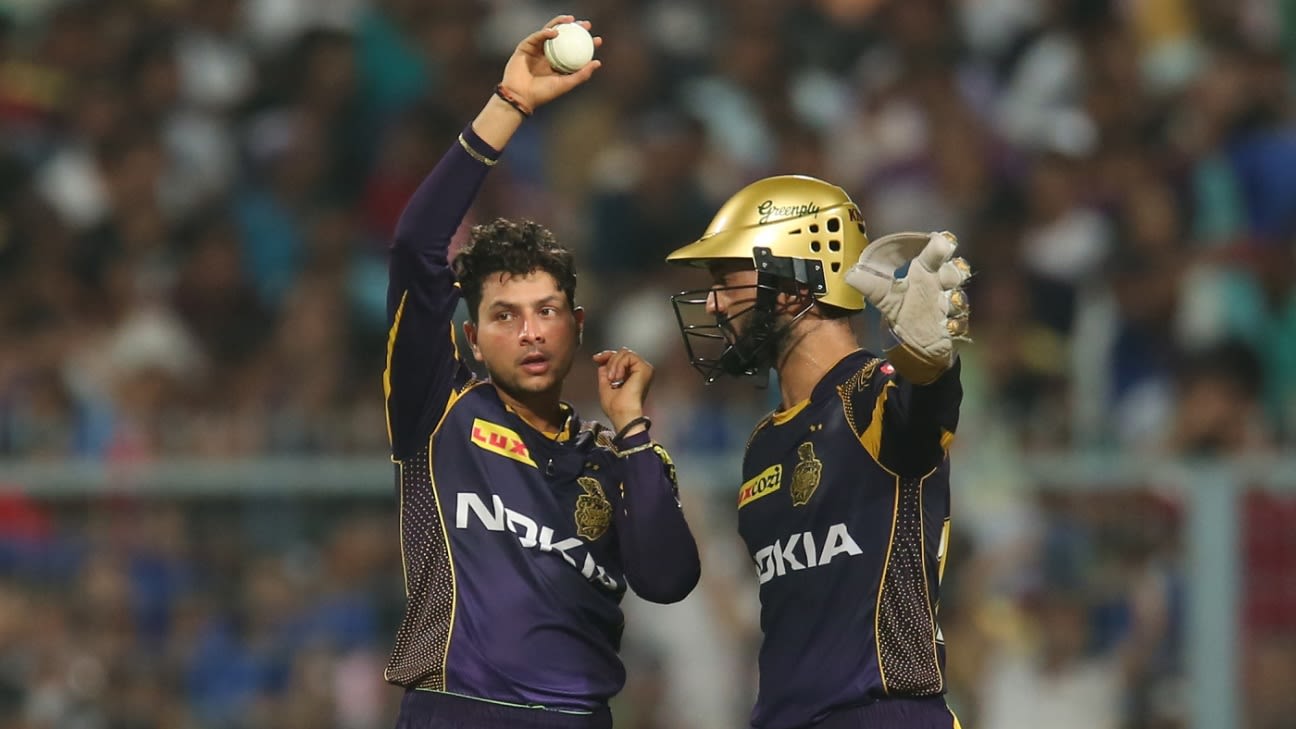 Kuldeep Yadav has left Kolkata Knight Riders’ bio-secure bubble and is back in India to nurse a knee injury. ESPNcricinfo understands the injury is fairly serious, and could cause Kuldeep to miss not just the remainder of the IPL but also at least part of the 2021-22 domestic season.

The injury comes as a significant blow for the left-arm wristspinner, whose career has endured a difficult phase over recent seasons. While he was one of India’s key players in white-ball cricket in the lead-up to the 2019 ODI World Cup, and an emerging member of their red-ball side as well, he has since slipped down the pecking order.

Since that World Cup, he has featured in 14 of India’s 21 ODIs, five of their 30 T20Is and just one of their 22 Tests, and has found himself demoted from Grade A to Grade C in the BCCI’s contracts list.

Kuldeep has struggled for game-time in the IPL too, with Varun Chakravarthy leapfrogging him to become Knight Riders’ go-to Indian spin option. Kuldeep only played five games during IPL 2020, and has not featured even once this year.

These limited opportunities have made it harder for Kuldeep to force his way back to India’s T20I side, and though he was part of a second-string white-ball squad that toured Sri Lanka in July, he was never really in contention when the selectors met to pick the squad for the upcoming T20 World Cup.

The knee injury could now set Kuldeep back even further, especially if Kuldeep is forced to miss a significant chunk of the domestic season. The senior men’s season begins with the Syed Mushtaq Ali (T20) Trophy from October 30 to November 12, which will be followed by the Ranji Trophy from November 16 to February 19, and the Vijay Hazare (50-overs) Trophy from February 23 to March 26.