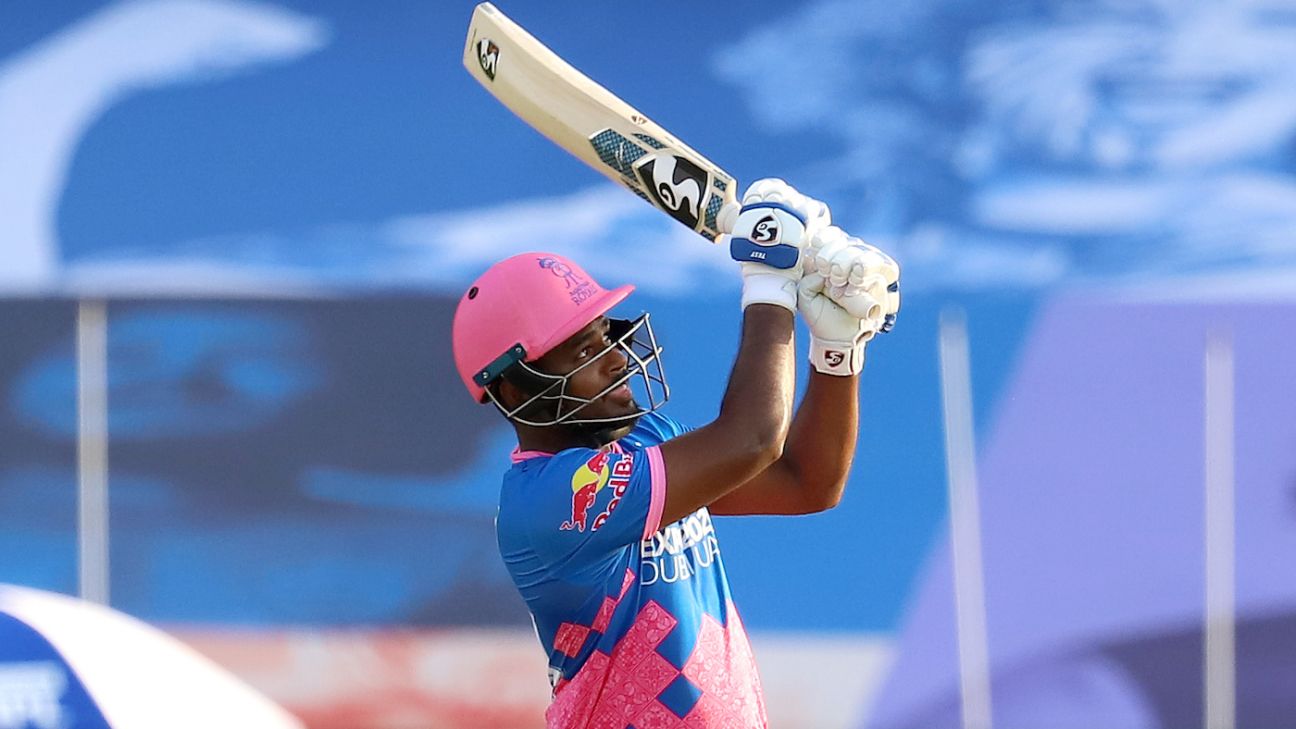 Sunrisers batting in dire need of a lift

Sunrisers Hyderabad have reached a point of no return. Unlike last season, when they turned a poor start around to make the playoffs, nothing has gone their way this time. Their big names haven’t been able to contribute: David Warner still hasn’t found form, Bhuvneshwar Kumar is enduring a tough time, and captain Kane Williamson has not been able to stabilise their line-up. Despite not having T Natarajan, who is currently in isolation having tested positive for Covid-19, Sunrisers still have a near-full strength bowling attack which has been quite effective. It’s mostly the batting that’s let them down and eventually cost them a place in the knockouts.

IPL 2021 is available in the US on ESPN+. You can subscribeto ESPN+ and tune in to Monday’s match here.

Rajasthan Royals’ own playoff chances looked slim heading into the second half of the season but they started well and seem to be coping despite the loss of players like Jofra Archer, Jos Buttler and Ben Stokes.

Their fast bowlers have been superb and some of their batters really have stepped up, but they haven’t really clicked as a unit yet, and it showed in the loss to Delhi Capitals when their captain Sanju Samson was left to fight alone. Individual brilliance can only take a team so far. They need a collective effort to move up the points table.

Evin Lewis and Chris Morris did not play the match against Capitals on Saturday, with Miller and Tabraiz Shamsi replacing them. Royals’ team director Kumar Sangakkara later told the host broadcaster that both players were carrying niggles and had to be rested. It’s not clear whether they are available for the match against Sunrisers on Monday.

Rashid Khan and Jason Holder have been among the very few positives for the Sunrisers this season and their brilliance might once again be needed on Monday night. Samson, who is in royal form this season, averaging over 50, strikes at only 88 against Rashid, and has been dismissed twice in four innings by Holder. Sunrisers would do well to take advantage of this match-up