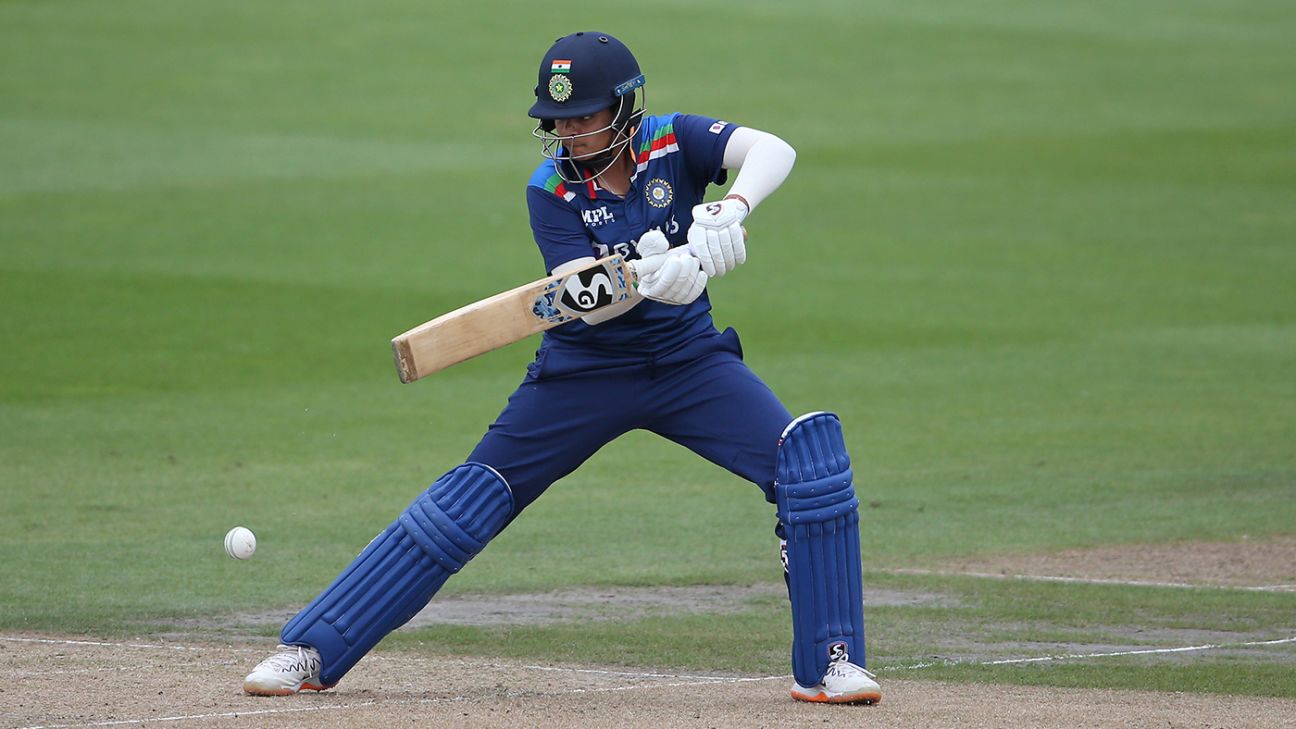 Sydney Sixers have announced India pair Shafali Verma and Radha Yadav have signed for the upcoming WBBL season, which begins in October following India’s multi-format series with Australia.
Verma’s arrival is likely to see the end of the long-standing opening pair of Healy and Perry which has been a central plank of Sixers’ gameplan through the WBBL but the team needed revitalising after missing the finals in the last two seasons.

Speaking to ESPNcricinfo last month, Perry indicated there would be some changes to the set-up. “I think there’s a number of areas in our line-up that we’ll probably just tweak,” she said. “It might depend on game-to-game match-ups with different teams. I’d like to think that it’s not exactly the same Sixers outfit or style of game that that we’ve played the last couple years, but I hope it’s still recognisable as the Sixers as well.”

Verma, coming off her maiden ODI half-century in third match against Australia on Sunday, was excited about the opportunity to play in the WBBL.

“This is a very good opportunity for me and my goal is to just enjoy myself, to make some new friends and have fun,” Verma said. “I want to play WBBL and back myself and just believe in myself.”

Verma will once again play under Sixers coach Ben Sawyer, who coached her at Birmingham Pheonix in the Hundred.

“Shafali is very impressive. She’s such a talent and she’s fearless,” Sawyer said. “She hits to different areas of the field and plays shots that are different to the other three girls in that top four. The experience I had with her in Birmingham was that she wants to learn, she wants to get better and she wants to grow as a player and a person.”

Yadav was not part of India’s ODI or Test squad for Australia but is still a key pillar in the T20 and looks set to feature in the T20I portion of the series against Australia.

Sawyer was delighted to add a left-arm orthodox to the Sixers mix given they already have three right-arm off-spinners in Ash Gardner, Nicole Bolton, and Erin Burns.

“Radha brings a skill set that we have never had at the Sixers and that’s very exciting,” Sawyer said. “I think a left-arm orthodox bowler is so important in the WBBL and having one who is world-class is such a great opportunity for this team. She has also batted in the middle of the order for India so she is handy with the bat too.”

Alex Malcolm is an Associate Editor at ESPNcricinfo