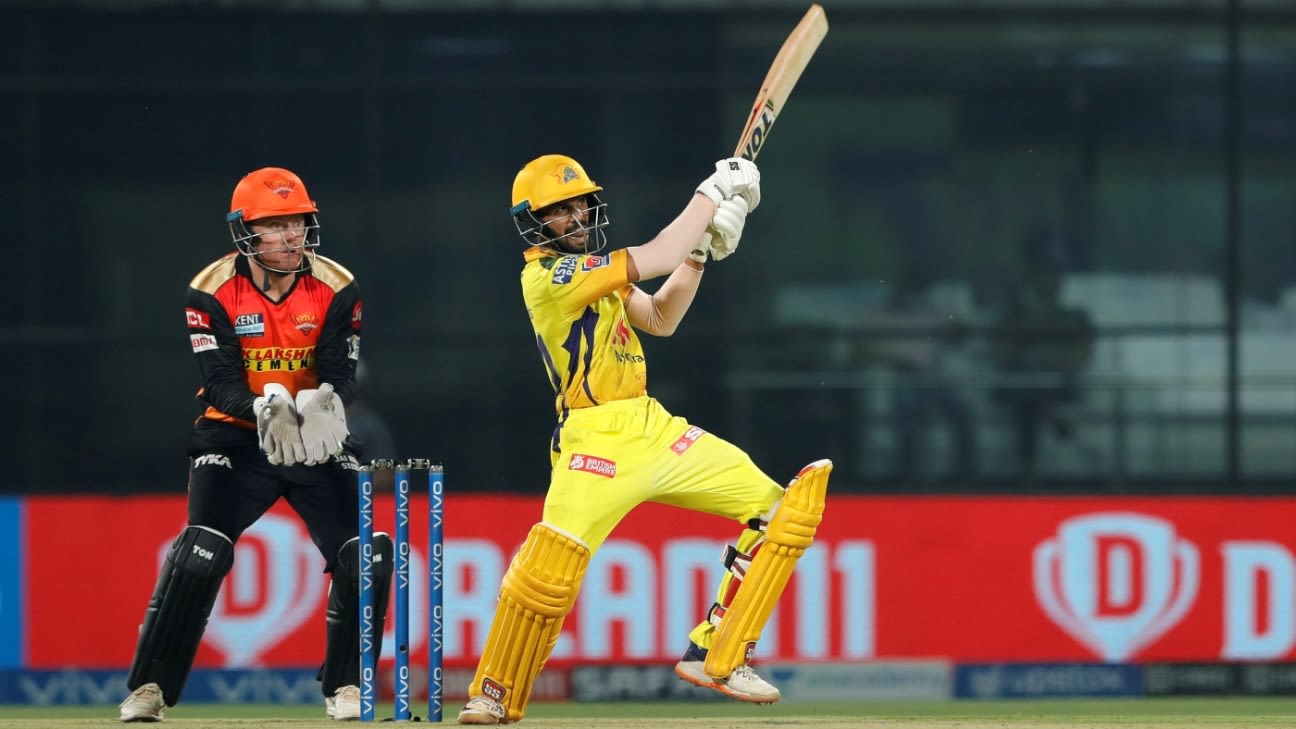 This Chennai Super Kings side – which is one win away from a spot in the playoffs – functions at a very high level because of a stable first XI with clear role definitions.

Faf du Plessis is the aggressor. And while he takes care of the run-rate, Ruturaj Gaikwad can simply play to his best tempo.

Moeen Ali and Ambati Rayudu are perfect as No. 3 and 4 because of their natural ability to attack spin bowling. It is thanks to their efforts that Super Kings have been the quickest scoring team (9.05) in the middle overs (7-16) this season.

IPL 2021 is available in the US on ESPN+. You can subscribe to ESPN+ and tune in to Thursday’s match here.

Then comes Ravindra Jadeja, whose batting and finishing ability has shot through the roof, so much so that he is basically carrying MS Dhoni, which is fair enough since MS Dhoni has carried this team for years.

There. That’s the plan. And it never changes.

Sunrisers Hyderabad on the other hand began the season with a captain whom they no longer want in the XI, their middle order is so brittle it limits the way their top order plays and a lack of a recognised finisher means there is always a chance of things going wrong at the exact time you want everything to go right – the death overs. This disarray is the reason why they are dead last on the points table. A loss tomorrow will eliminate them from playoff contention.

It looks like David Warner’s time with the Sunrisers is coming to an end. He wasn’t even at the ground for the last game they played and then went on to suggest on social media that this may be the new status quo. Head coach Trevor Bayliss did nothing to quash that suggestion, instead saying they wanted their younger players to experience what it is like to be at the ground, in the midst of all the action.