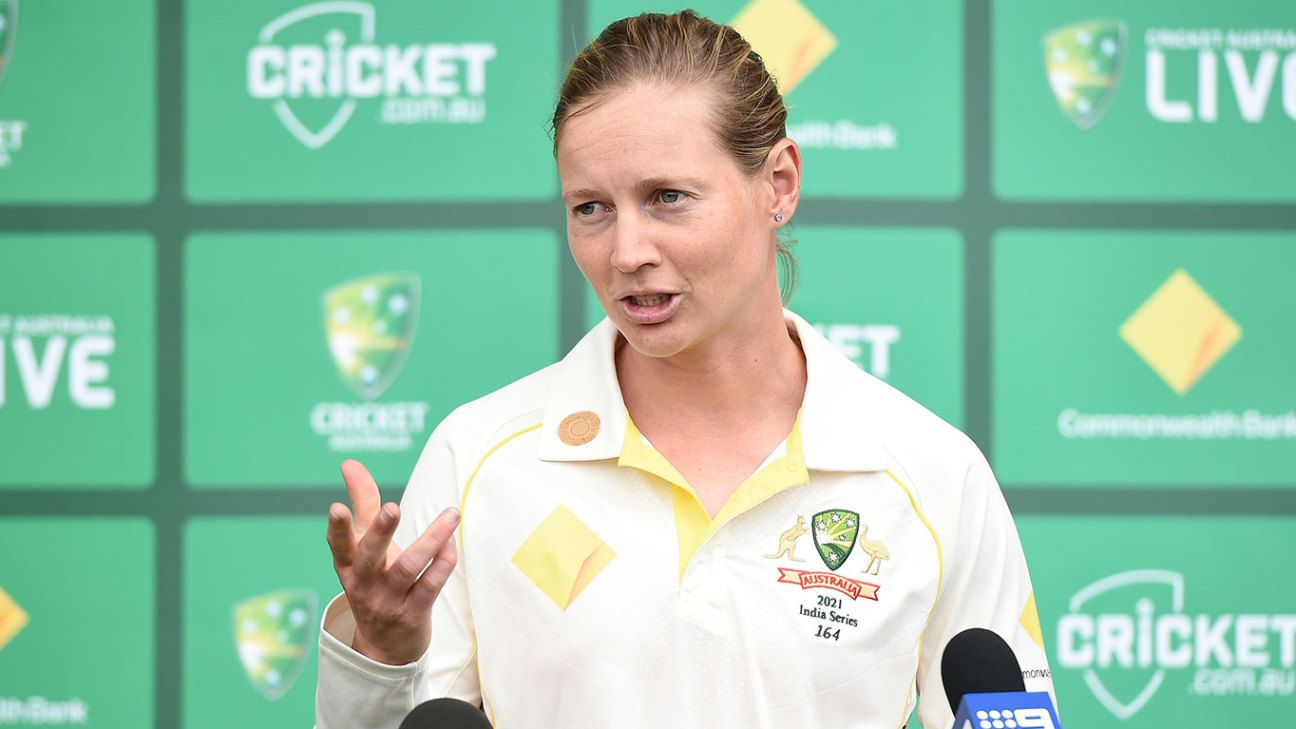 Unless India unexpectedly put another Test on their schedule in the next six months, this match could mark the final outing for two of their greats: captain Mithali Raj and pace bowler Jhulan Goswami. They are expected to call time on their international careers after the ODI World Cup in New Zealand next March. For both this will be their 12th Test – they made their debuts against England at Lucknow in 2002 and have played in each of India’s Tests since. Raj’s statistical highpoint was a double century at Taunton 2002 but for both the most significant moment of their Test career was the victory over England at Taunton in 2006 where Goswami claimed match figures of 10 for 78 which was followed eight years later by another win at Wormsley where Raj guided the chase home.

A lot of the talking leading into the Test has been about the pace bowlers, particularly after the ball zipped around under lights in the second ODI in Mackay. There is also much excitement about the young quicks at Australia’s disposal with at least one – most likely Darcie Brown who took 4 for 33 in the first ODI – set to make a debut. However, spin could also play a key role for a number of reasons. Australia, especially, are watching the workloads of the quicks very carefully so there are likely be some overs that the spinners need to fill between spells while keeping control of the scoring rate. But they could also be wicket-takers in their own right if the ball skids and then grips later in the match. Both Georgia Wareham (quad) and Sophie Molineux (split lip) have had injuries and with Jess Jonassen unavailable they’ll be fingers crossed both can play a full role. Against England in Bristol, India had two offspinners – Deepti Sharma and Sneh Rana – and ideally need to find room for someone turning the ball the other way, most likely left-armer Rajeshwari Gayakwad.

With such a small sample size in the women’s game (one Test) there remain a lot of unknowns about the day-night format. In the men’s game, when the lights start to take hold – usually late in the second session and then after the dinner break – the game can move on swiftly and it’s often the time to have the ball in hand. Meg Lanning did not play the 2017 Test (the injured Rachael Haynes was captain) while Raj has never player a pink-ball game. It will be interesting to watch how tactical things become for both captains in terms of saving bowlers for when the lights are on and even, potentially, timing declarations to optimise those sessions. The other factor, as was seen in the second ODI, is what impact the dew has and whether the bowlers have difficulty gripping the ball.

Haynes’ Test career has had a few unfortunate events. She was dismissed for 98 on debut and then in 2019 was given lbw for 87 when the ball brushed her glove. Now she has been ruled out of this match – and the rest of the series – with a hamstring injury having just recovered from a blow on the elbow. It means Australia need to decide whether to go in with one batter fewer than was probably the original plan or give a Test debut to Georgia Redmanye. The former appears the more likely, which will put extra onus on Beth Mooney, Alyssa Healy, Lanning and Ellyse Perry. However, one of the advantages Australia has is their number of allrounders and many of them bat in the top order in the WNCL.

Setting up a result

Unfortunately, there is a high probability of storms over the first two days of the game. The game might get lucky and miss them, but if significant time is lost then depending on where the contest has advanced to it might be down to the captains to see how adventurous they want to be. There is the carrot of four points for the win – for Australia that would give them an unassailable 8-2 lead in the series – compared with two for a draw and another six available in the three-match T20I series.