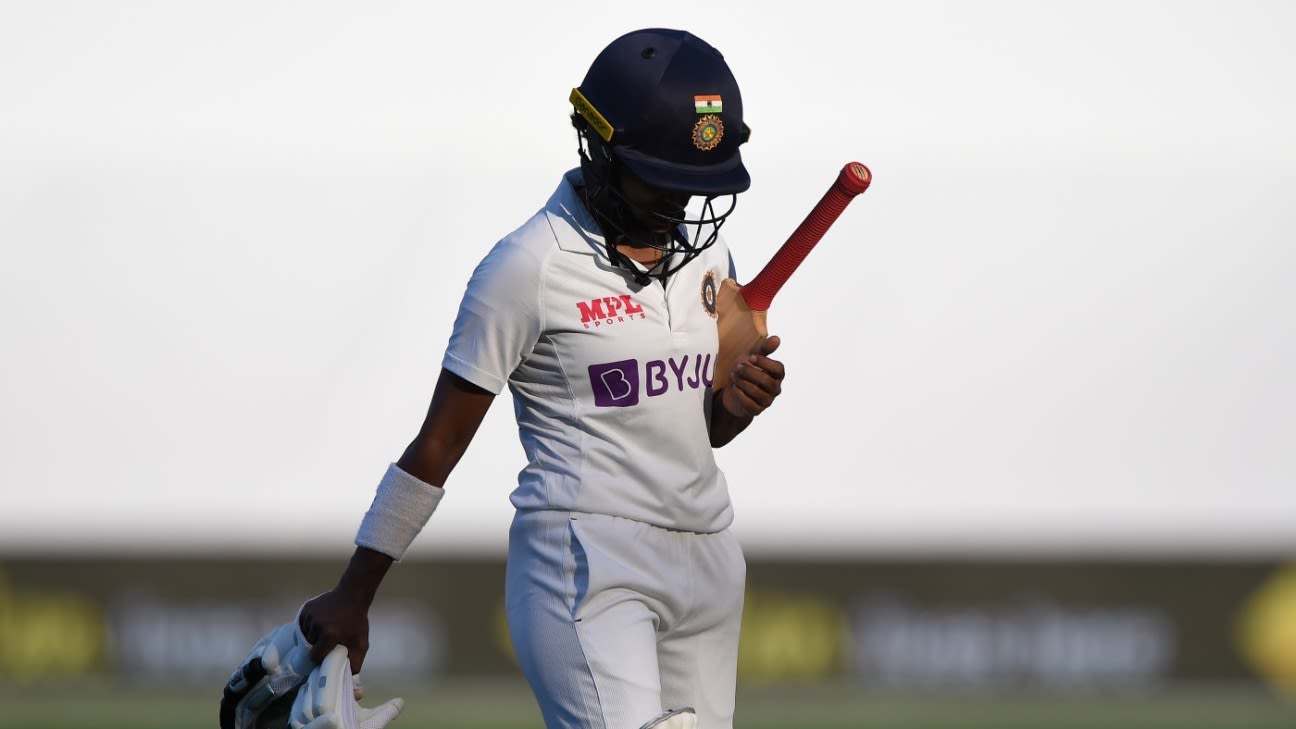 Punam Raut was lauded for her decision to walk while the umpire gave her not out on the second day against Australia, with team-mate Smriti Mandhana unsure how many other players would do it in the same situation.

“First we reacted, like, ‘Oh, why did she do that?’ But, then, of course, it’s something that we all respect a lot. I think she has earned a lot of respect from all the team-mates that she actually walked out,” Mandhana said. “And I don’t know how many people would actually do that in cricket at the moment – men’s or women’s.

“Nowadays people walk out because there is DRS. But when there is no DRS and to walk out… I don’t know. So, definitely she has earned a lot of respect from us, but, yeah, the first reaction was, ‘Oh, was it actually an edge or why did she walk?'”

When Raut, who faced 165 balls for her 36, played forward to Sophie Molineux in the 81st over, Alyssa Healy appealed for the caught behind but there was not much support from the bowler or Meg Lanning at slip. Raut, however, was quick to make her way out from the pitch. It may have been she did not initially see Phillip Gillespie declining the appeal as he she did not look up straightaway, and for a moment Australia thought they were not getting the wicket. Until Raut continued on her way off.

There is no DRS in this multi-format series so if Raut had stood her ground, Australia would have had no recourse.

When Australia batter Beth Mooney, who was on the player microphone, was asked by the Channel Seven commentators whether she would have done same, she said: “No chance.”
Asked about the moment following the day’s play, Ellyse Perry said, “That’s very much at her discretion whether or not she wanted to walk. She did, so I suppose from our point of view, it was just acknowledging that but beside that there wasn’t too much conversation about it.”