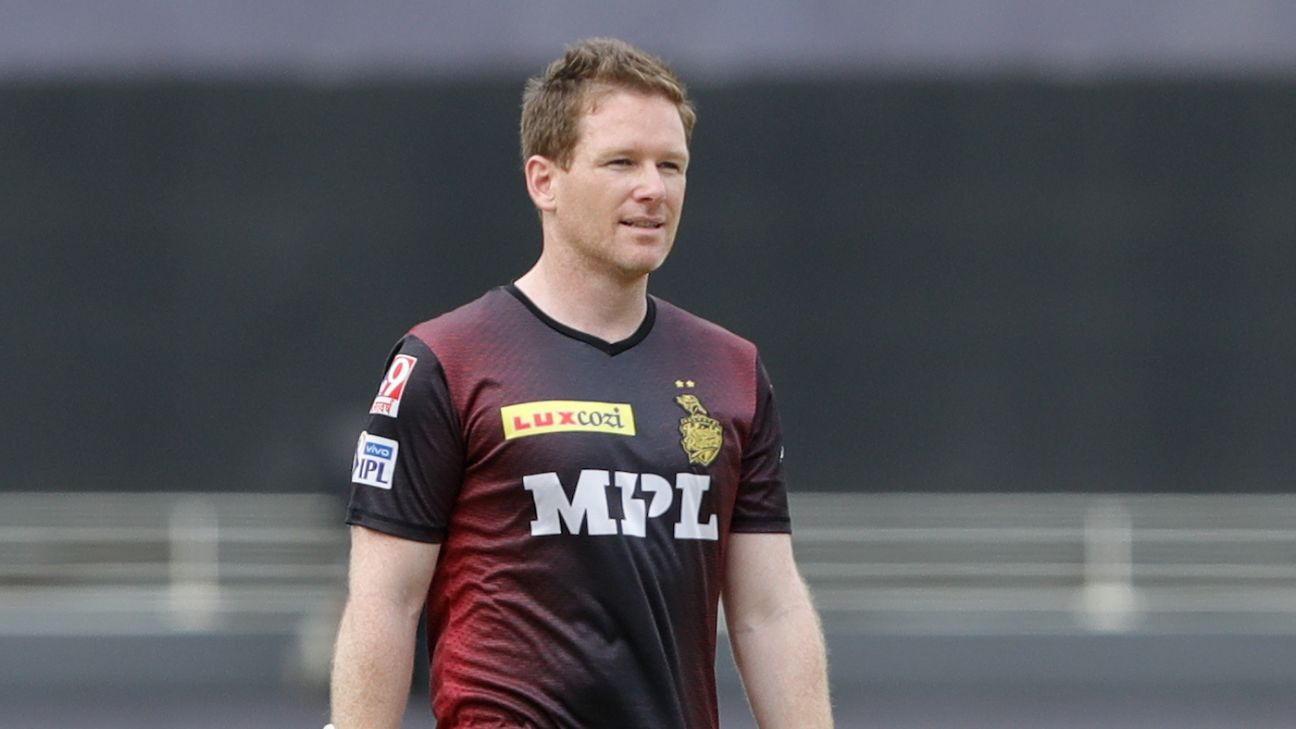 “The longer you go without contributing a significant score, the closer you are to actually contributing. And that’s coming from experience”

Also if you are considered for the captaincy job in the IPL, chances are, you are already captaining your national side and perhaps another team in another league. Not everyone wants that extra pressure of leading another team, especially in the toughest T20 competition in the world.

Dinesh Karthik told the podcast 22 Yarns that Eoin Morgan was reluctant to take up the Kolkata Knight Riders captaincy mid-season last year when Karthik was himself struggling for runs and didn’t want to block one spot in the team. It’s the darnedest thing. Morgan is struggling even more for runs.

In this year’s IPL, Morgan has played 11 innings of any length, but only two of them have gone past single digits. He is lucky Knight Riders are still in the tournament. After the win against Sunrisers Hyderabad, in which Morgan scored two unbeaten runs, they need to beat Rajasthan Royals in their last match to make it through to the playoffs. There are also other permutations for them to go through should they not win their last match.

That still has not taken focus away from Morgan’s form although his experience tells him he is not far off from contributing. “Absolutely,” Morgan said when asked if it was a concern. “I am short of runs in this phase of the tournament, the whole tournament in general. I am very lucky to be in a position where I have been through stages like this in my career. I think the longer you go without contributing a significant score, the closer you are to actually contributing. And that’s coming from experience.”

Moving to the UAE with a team built for Indian conditions hasn’t helped them at all. The pitches have been difficult to play the brand of cricket Morgan’s England team does in limited-overs cricket. And the conditions have varied more than they usually do: Knight Riders’ last match two nights ago in Dubai was on a quickish pitch where 165 was chased down successfully; this one was slow and spongy, making 116 a scrap. However, Morgan said you just have to adjust to the pitches and play good cricket.

“We were here two nights ago and the ball seemed to come onto the bat,” Morgan said. “Yes it swings early in the Powerplay and a little bit of nip, which is expected here in Dubai, but today was a little bit sluggish. Obviously the wicket is one thing, you need to adapt to conditions, bowl well, field well, and we did that incredibly well.”

Morgan was asked if these conditions are good for T20 cricket. “The purpose of T20 cricket is to be our most entertaining format,” he said. “It is very appealing to the wider audience of sorts fans around the world. I think an element of pure cricket was in the wicket today. If bowlers bowled in the right area, they got their due reward. The batsmen had to work a little bit harder. I think sometimes in T20 it is nice to have that element to give an insight into the real game of cricket as opposed to the ball flying everywhere and everything in the batsmen’s favour.”

Knight Riders have also had to deal with injuries to key players. Andre Russell and Lockie Feguson continue to sit out. Morgan said Ferguson did make the trip the ground, and started to do some run-throughs, which is a positive sign. Russell continues to rehab in the hotel.