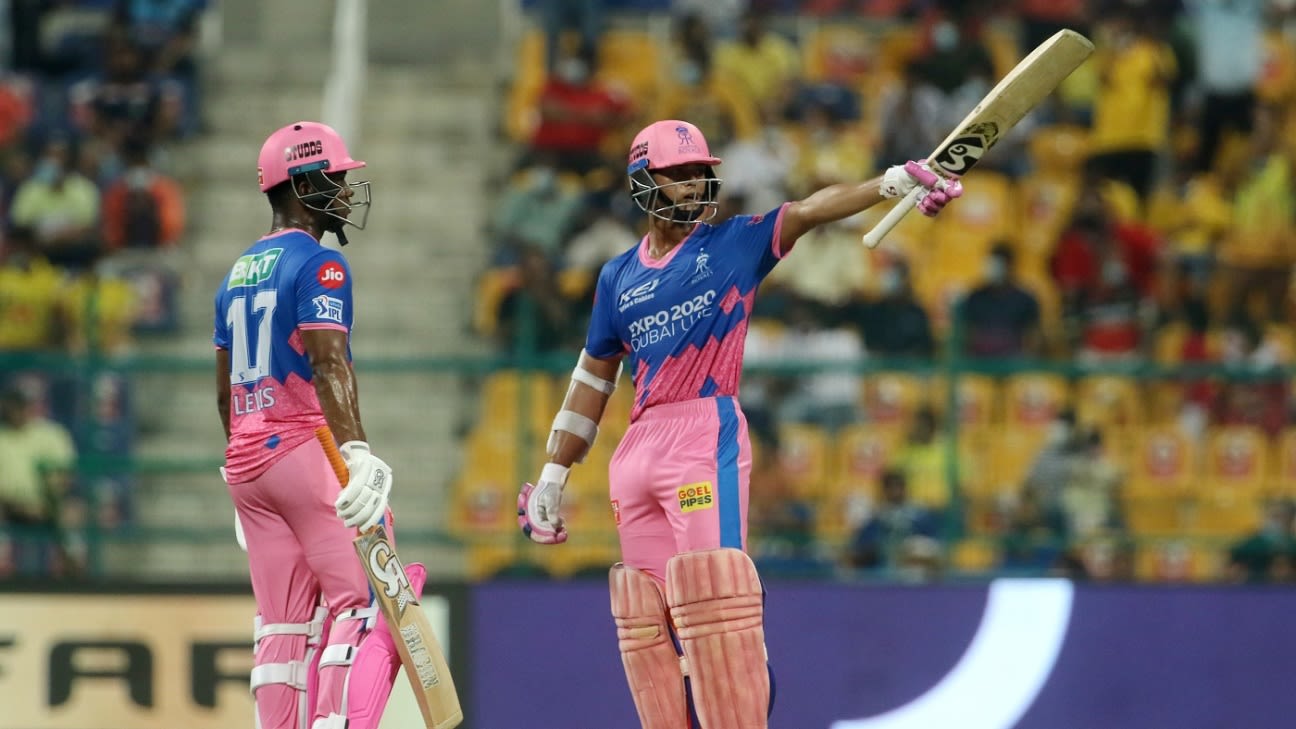 Rohit Sharma wants the Mumbai Indians to be free and fearless. At the stage they are at, they may as well be, because even two wins can’t guarantee an automatic playoffs berth because their net run rate is quite poor. They can take a cue from their opponents, the Rajasthan Royals, who exhibited these virtues in making a mockery of a chase of 190 against the Chennai Super Kings two nights ago.

Unlike Mumbai, the Royals are better placed simply because they can control their own fate. Wins in both their games will take them to 14 points; it will be good enough to secure qualification because it will mean neither Mumbai nor the Kolkata Knight Riders can force a three-way shootout on points.

Mumbai haven’t been helped by their key batters going off the boil. Rohit Sharma is yet to hit top hear in the UAE leg, Quinton de Kock has wasted starts barring the one half-century, Suryakumar Yadav seems a pale version of his IPL 2020 avatar, and Ishan Kishan, another standout performer during their title-winning run last year, now can’t even find a place in their XI.

If you’re in the USA, sign up for ESPN+ and watch KKR vs Kings in English or in Hindi.

This has meant Kieron Pollard hasn’t been able to intimidate oppositions in his usual manner because he’s mostly walking in to avert a collapse. It’s arguable, meanwhile, that Hardik Pandya’s batting prowess hasn’t been fully utilised, especially considering that is his only role in the team currently. Should Mumbai try shake things up and give him the license to go big much earlier than he usually would?

The Royals shredded their go-cautious template in some style against the Super Kings, well aware that wins and only wins can keep them in the reckoning. This approach has been evident in the UAE leg, where their new opening pair of Evin Lewis and Yashasvi Jaiswal have put on 225 runs in five innings at 10.54 per over. During the India leg, the Royals tried out three opening pairs, who together put on 161 runs in seven innings at a modest 6.85 per over.

Another reason the Royals are still in the reckoning is Sanju Samson’s form. Far too often, Samson has hit rough patches after starting tournaments well. Here, he is 20 short of 500 runs and is among the leading run-getters this season. And while compiling his most prolific IPL season yet, he’s scored his runs at a strike rate of nearly 140. Does he have two more big knocks in him to help take his side through?

If Royals beat Mumbai, they will join Knight Riders on 12 points, and the Royals-Knight Riders game on Thursday will then be a shootout to decide fourth place – the winner will qualify and the loser will be out.

If Mumbai beat Royals, then Mumbai’s chances of qualification will obviously improve. They will qualify for sure if they beat Sunrisers in their last game, and if Royals beat Knight Riders. However, if Knight Riders beat Royals, Mumbai will almost certainly be knocked out because of their poor net run rate.

If Mumbai beat Royals but lose to Sunrisers, and if Royals beat Knight Riders, then three teams will be tied on 12. Punjab Kings would join them too if they beat Chennai Super Kings. In that case, again, Knight Riders’ superior NRR should see them through.