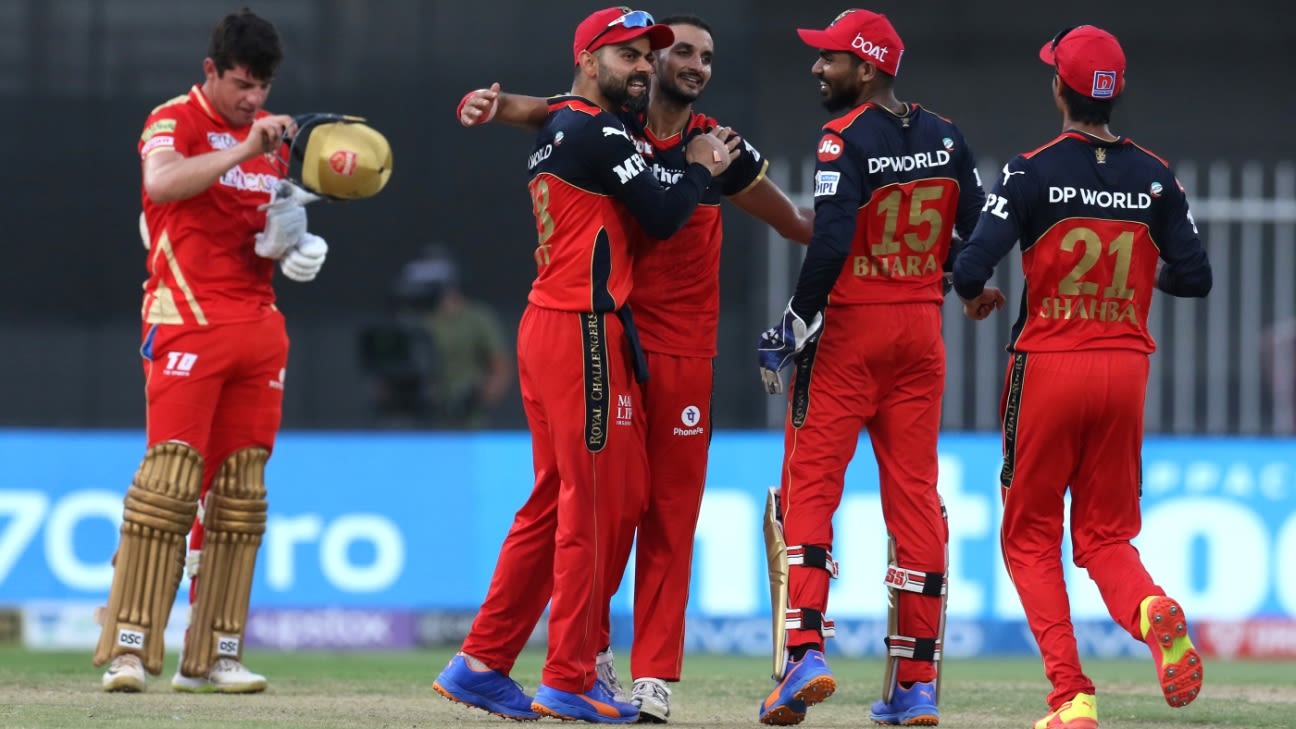 For Sunrisers, there is little more than pride at stake as the team has already been eliminated

In terms of significance, Royal Challengers Bangalore still have a lot to play for in their remaining two matches. If they win those two games: against Sunrisers Hyderabad on Wednesday and Delhi Capitals on Friday, they will leapfrog into second place if Chennai Super Kings lose their final match against Punjab Kings on Thursday.

The importance of finishing in the top two in the IPL cannot be understated. In a format where one bad night can ruin an entire season’s work, teams will be desperate to afford themselves as large a margin of error as possible. Royal Challengers have built this position largely due to the excellence of their death bowling, a facet of their armoury that has historically been their weakest link.

On the other end of that spectrum lie Sunrisers Hyderabad. Their death bowling has been an influential reason for their success in the last few seasons but apart from Rashid Khan, their bowlers have not performed to their usual standard this season. They have already been eliminated after picking up just two wins in their first 12 matches this season.

There will be pride at stake for Sunrisers in the final two matches of arguably their worst season in the IPL yet, which has featured the exclusion of David Warner, their most proficient batter and leader as a result of sustained poor form.

Royal Challengers are unlikely to tinker with the combination that has worked so well in the last few matches of the UAE leg of this season.

Sunrisers, on the other hand, have the freedom to experiment with players that have not had a sustained run in the playing XI. They might also want to test the temperament of some players ahead of the auction.

If you’re in the USA, sign up for ESPN+ and watch RCB vs Sunrisers in English or in Hindi.

Against Jason Roy, who has historically struggled to read wristspin, Royal Challengers could be proactive and bring on Chahal in the powerplay against Sunrisers’ best batters. To compensate, they could also bring in Wanindu Hasaranga ahead of George Garton for some slower bowling outside the powerplay.

Rashid Khan has dismissed AB de Villiers three times in six innings in the IPL. de Villiers has scored 38 runs in this period at an average of 12.7 and a strike rate of 73. From a matchup standpoint, Kane Williamson could delay the introduction of Rashid till as late as the second half of the innings. Sunrisers could even use Rashid as a specialist death bowler for this match considering the effectiveness of de Villiers and Glenn Maxwell against pace towards the end of an innings.