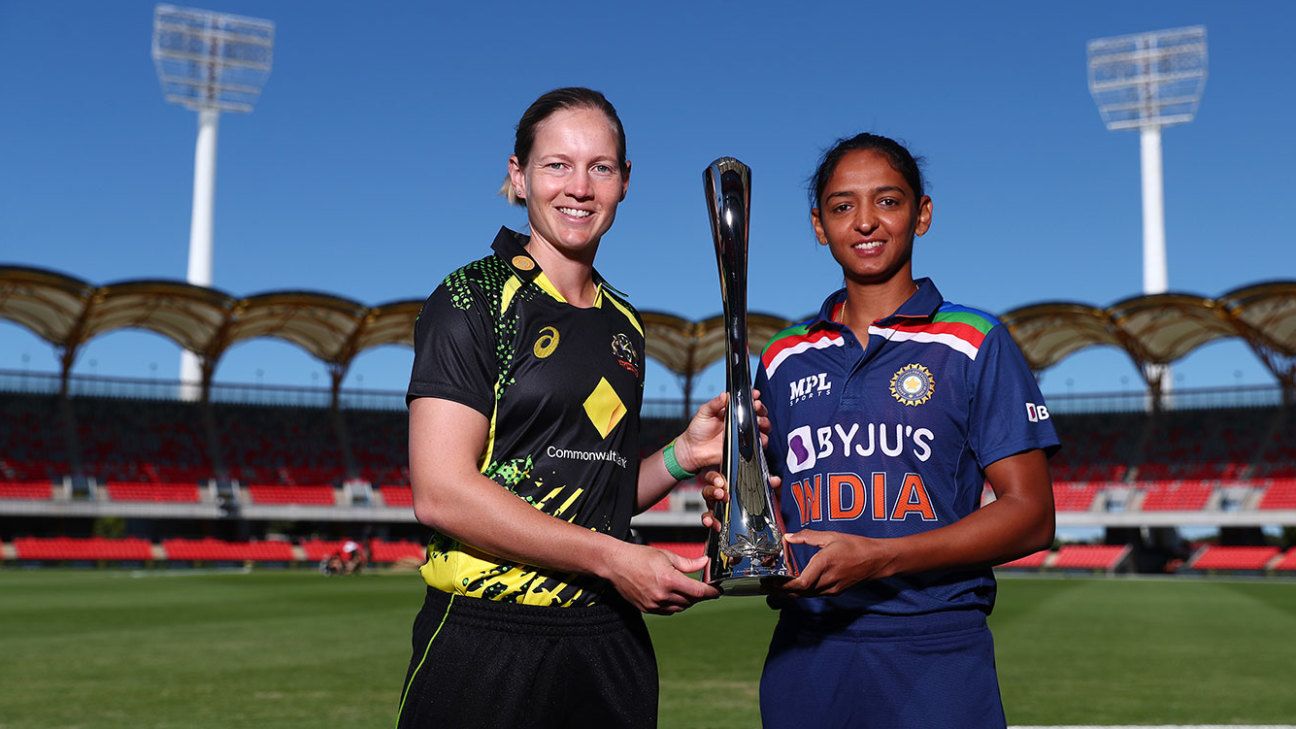 India have won the last four days of this multi-format series and if it hadn’t been for a borderline no-ball in the second ODI it would have been them, not Australia, heading into the decisive T20Is with a 6-4 advantage.

After an opening encounter in Mackay where Australia strolled to victory this has developed into a gripping contest with the home side challenged across all areas of their game. The absence of Megan Schutt and Jess Jonassen from the bowling attack has been keenly felt while Rachael Haynes’ departure has altered the balance of the side.

They will, however, be boosted by the return of fast bowler Tayla Vlaeminck who has recovered from an Achilles problem. The likelihood is that she will play two of the three matches as Australia continue to manage their young quicks.

It would be stretching things to say Australia have been shaken by the last few days of cricket but it has made the series all the more compelling. Holding the points lead means they need to win just one of three T20Is to ensure they can’t be overtaken but a series victory will be their only pass mark.

“We have a great opportunity to win the three T20s then our job will be done,” India’s T20I captain Harmanpreet Kaur said as she prepared to return from injury. It is a big ask to win three matches in a row against Australia, but it would be a fantastic achievement.
Australia are confident returning to the shortest format – the first time these two teams have met in it since the T20 World Cup final – with the familiarity providing a bit of a comfort zone, not least for captain Meg Lanning. But T20 is also the format where the difference between teams can be narrowed even further.

“[India] have players who can take you down and also really good depth in their squad,” Lanning said. “We were expecting a really tough challenge from them and we’ve certainly got that. It’s a good test for our group.

“Everyone found the last week of the Test a challenge in different ways. It’s a format we don’t play a lot and have experience in different situations. You have so many unknowns and aren’t really sure how to approach situations if you haven’t been there before. Now coming into the T20 format it’s something we know reasonably well and everyone is pretty clear on what their role is.”

Darcie Brown and Stella Campbell, who were among the four players to make their Test debuts at Metricon Stadium, are unlikely to feature in the opening game and may be used lightly in the series ahead of the WBBL. Hannah Darlington, who has made her name as a death bowler in the WBBL, will be back in the frame as will allrounder Nicola Carey. Tahlia McGrath will likely make her T20I debut while Maitlan Brown could get a first international cap during the series.

Australia’s Test side felt overweighted with bowling options but they are set to fill Haynes’ absence with an allrounder again rather than Georgia Redmayne.

“All our allrounders are pretty good with the bat, they could be batters in their own right, so that’s a bit of a luxury for us,” Lanning said. “Balance is important, having that variety with the ball is important and matching that with conditions. We feel like we have really good depth in those areas, just need to make sure we get those selections right.”

Catching was a problem for both teams during the Test match and Australia’s fielding was not at its usual standard during the final ODI either. The lights will have taken full effect by the time the T20Is start so there won’t be the awkward twilight period to negotiate, while it will be a white ball against the red seats instead of a pink one.

“It was a challenge in the twilight period, but not really an excuse and I was the prime culprit in dropping a lot of those,” Lanning said. “They were ones we should have taken. Certainly looking to be better in the field, even in the ODIs we didn’t quite nail it. It’s something we pride ourselves on.”