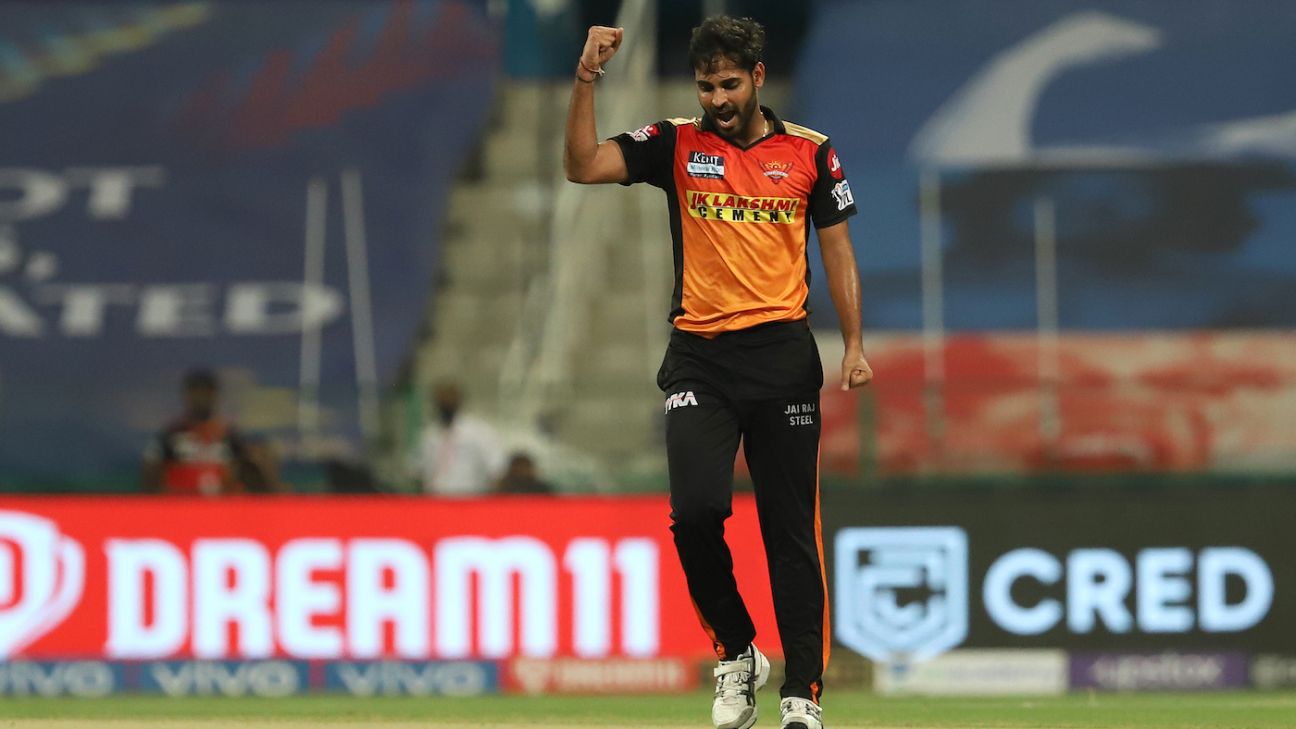 AB de Villiers was left to get six off the last two balls. They were both full tosses but he failed to hit them as he usually does and so Sunrisers Hyderabad were able to savour victory by four runs.

Sign up for ESPN+ and catch all the action from the IPL live in the US. Match highlights of Royal Challengers Bangalore vs Sunrisers Hyderabad is available here in English, and here in Hindi (US only).

With 13 needed off the last over, bowled by Bhuvneshwar Kumar, de Villiers drilled the fourth ball for six, but fell short in the end. The defeat means Royal Challengers’ chances of finishing inside the top two are all but over, as the eliminated Sunrisers pinched their third win of the season following contributions from pretty much all their bowlers, and Jason Roy and Kane Williamson.

Harshal’s hot run continues
Harshal was introduced just after the powerplay ended, with the Sunrisers sitting pretty at 50 for the loss of one wicket. His first over went for eight – including a boundary from Roy, who pulled him to deep midwicket – and he was taken off after that.

By the time he returned for the 12th over, Sunrisers had managed to maintain the momentum, with Roy and Williamson having added 67 runs together. But two balls and three runs later, Harshal foxed Williamson with an offcutter that landed bang on a good length, and took off to strike the top of middle stump.

Sunrisers lost track once that 70-run stand was broken. They made just 50 runs off the last eight overs. There were five wickets as well. Two of those went to Harshal, taking his tournament tally to 29. Brought back to bowl two of the last three overs, he beat Wriddhiman Saha with a lack of pace too, as another offcutter landed in the hands of long-off. And off the final ball of the innings, he went for a slow, dipping full-toss to Jason Holder, who found long-on with his slog.

Himanshu Agrawal is a sub-editor at ESPNcricinfo