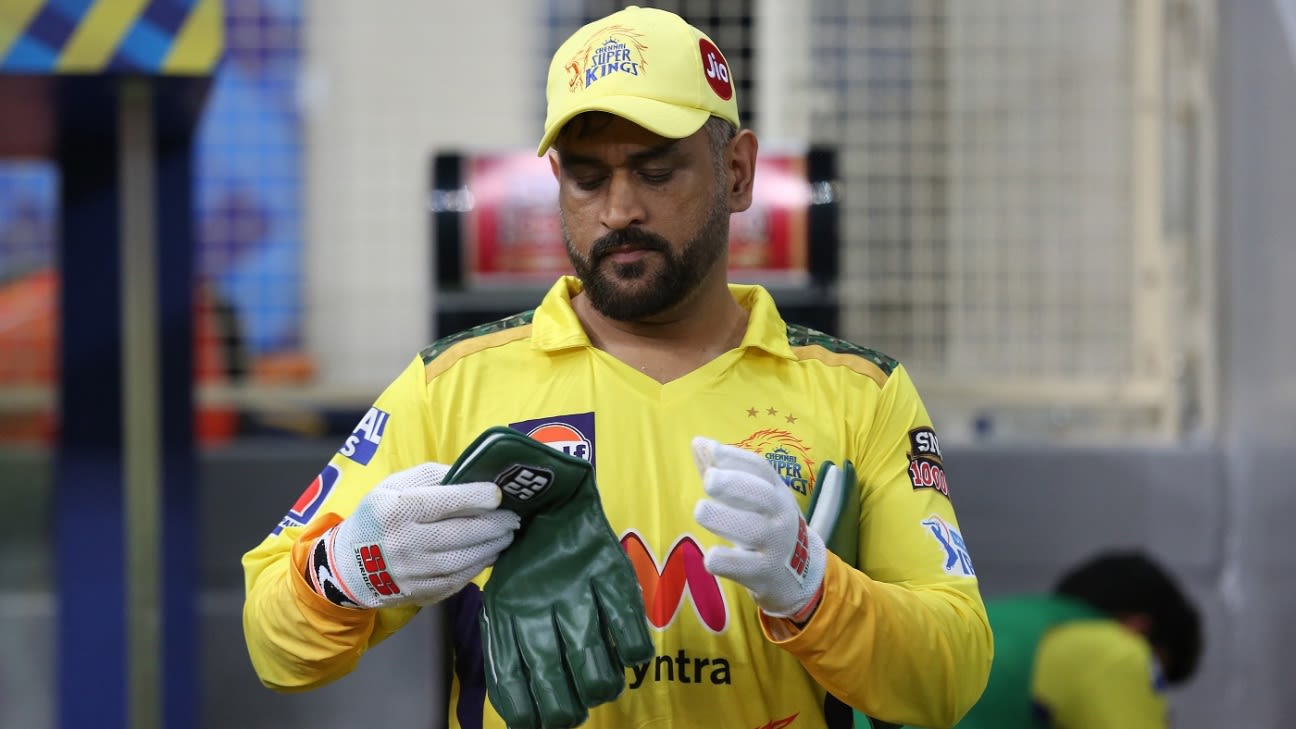 MS Dhoni is set to remain with Chennai Super Kings next season, but perhaps not as a player.

Speaking at the toss during his team’s last IPL 2021 league match against Punjab Kings on Thursday, Dhoni indicated that his association with Super Kings – whom he has captained since the inaugural IPL season in 2008 – would continue into the 2022 season.

“You’ll see me in yellow next season but whether I’ll be playing for CSK you never know,” Dhoni said, when asked about his future by the toss presenter Danny Morrison. “There are a lot of uncertainties coming up, two new teams are coming, we don’t know what the retention rules are and so on.”

The IPL will expand to a ten-team tournament next season, before which there is set to be a mega auction, which will mean teams are allowed to retain only a handful of their players. While Super Kings may find it difficult to let go of Dhoni for sentimental reasons – he has led them to three IPL titles, and has become inextricably linked to the franchise and the city it represents – his returns with the bat have diminished greatly over the last two seasons.

The IPL is the only serious cricket Dhoni has played over the last two years. He announced his retirement from international cricket in August 2020, more than a year after playing his last match for India, the 2019 World Cup semi-final against New Zealand.

In case Dhoni decides to end his playing career at the end of the ongoing season, there is a chance that Super Kings might move him to a role in the coaching set-up. He is already set to play a backroom role with India during the upcoming T20 World Cup, as a mentor.

Super Kings have already sealed a top-two finish in the league table, so Dhoni fans can expect to see him play at least two more matches – the first Qualifier against Delhi Capitals on Sunday, and either the second Qualifier on October 13 or the final on October 15, or both.