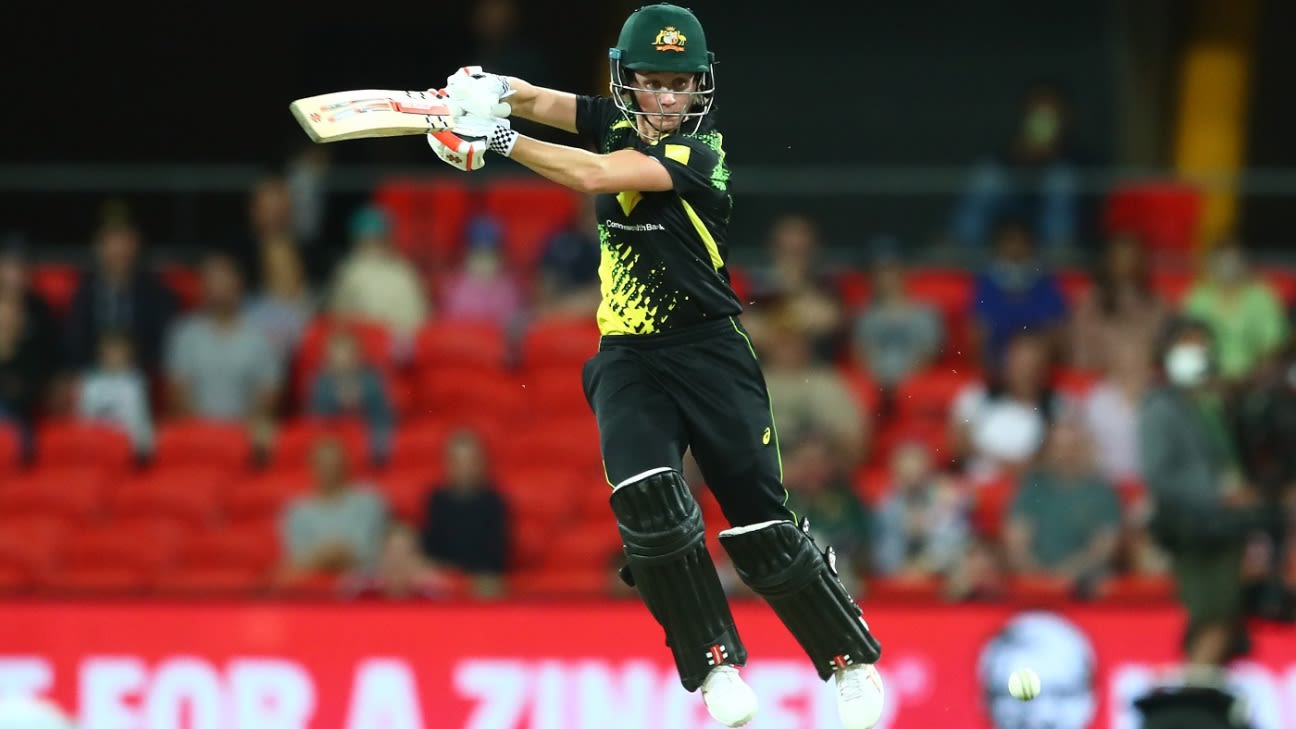 The hosts beat India 11-5 in the multi-format series, but the contest was a lot closer than that

After a series of closely fought encounters across the ODIs, the lone Test and the first two T20Is, Australia finished off the multi-format series against India with a 14-run win in the third and final T20I. Australia scored 149 for 5, and though India showed spunk at some points of the chase, they ended up on 135 for 6.

Mooney magic
The victory was set up by sparkling innings from Beth Mooney at the top of the order and No. 6 Tahlia McGrath, with both making substantial scores at a rapid pace. Mooney made 61 off 43, hitting ten fours and batting till the 18th over. The rest of the top order couldn’t contribute much as India’s bowlers took wickets around Mooney. Meg Lanning, who had an underwhelming series by her own high standards, was out hit-wicket to Rajeshwari Gayakwad, becoming the first Australian and seventh overall to be dismissed in that manner in women’s T20Is.

However, with Mooney at the crease and finding the boundary regularly, the scoring rate remained healthy. McGrath walked in at 73 for 4 in 11.1 overs, and the two put on 44 runs in 6.1 overs – the highest partnership of the innings – to ensure Australia were well on the way to a competitive total.

Mooney was out looking for another big hit, caught by a diving Harmanpreet Kaur to become Gayakwad’s second wicket. McGrath, who was on 25 off 23 at that point, finished with a blitz, taking 19 runs off her final eight balls as the last 2.4 overs brought 32 runs.

India’s chase depended on the top order, but in the top five, only Smriti Mandhana put together a score, making 52 off 49, while the rest either got out for single digits or scored at less than a run a ball. This was despite Ellyse Perry not bowling a single ball in the match. With 58 needed off 32, Mandhana was looking for a big hit over cover but was caught by Lanning off Nicola Carey.

The dismissal of the quick-hitting Shafali Verma in the second over to an innocuous delivery down leg from offspinner Ashleigh Gardner played a part in India managing only 28 in the powerplay, half of which came in Tayla Vlaeminck’s third over when Mandhana broke free to cart her for three fours. The slow start meant the required run rate remained over eight despite the fifty from Mandhana, who finished as the top run-scorer of the seven-match multi-format series with a tally of 352, 65 more than Mooney.

Slide seals it for Australia

Before Mandhana fell, India were 92 for 2 and though the required rate was steep, it looked like they could mount a final-overs charge. However, they slid to 102 for 6 in the space of 15 balls, and after that, it was merely a question of reducing the defeat margin.

Wicketkeeper Richa Ghosh did that with an entertaining final over, taking Carey for 21 runs to spoil her figures and give one final reminder that although the scoreline was 11-5 to Australia in the multi-format series, the contest was a lot closer than that.