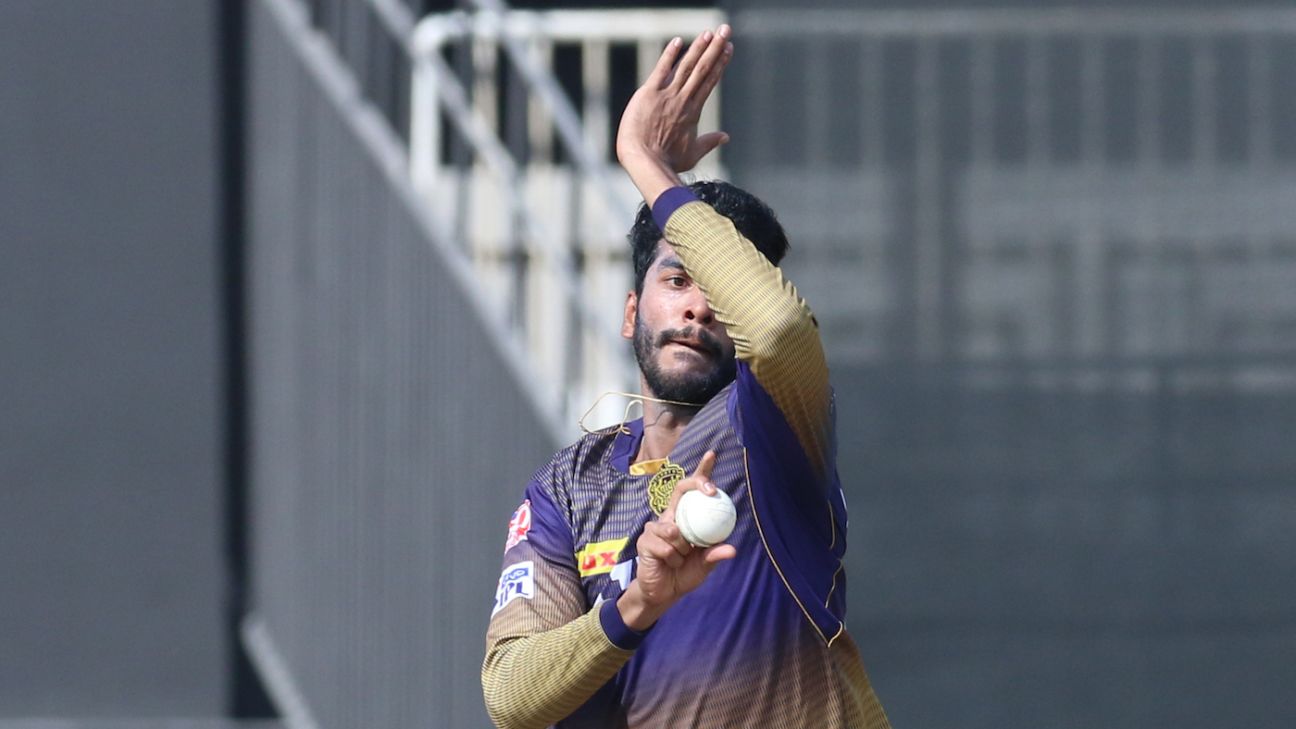 They join Umran Malik in the net bowlers’ list; teams have until October 15 to finalise their squads

Avesh Khan and Venkatesh Iyer have been asked by the BCCI to stay on in the UAE after the completion of the IPL to join Umran Malik as net bowlers for the Indian team during the T20 World Cup. As things stand, they are not part of the list of standby players, which currently includes Shreyas Iyer, Shardul Thakur and Deepak Chahar, though India – like the other teams – have until October 15 to make changes to their final squad for the competition.

Avesh had travelled with India to England earlier this year after a series of starring performances for Delhi Capitals in the first leg of the IPL. But he had to return home after injuring his thumb during a tour game, and while he has been on the fringes of the national team, Iyer’s inclusion in the list of “net bowlers” came as a bit of a surprise, primarily because while he bowls seam-up, it is as an opening batter for Kolkata Knight Riders that he has made a name.

Iyer, a Madhya Pradesh player who made his List A and T20 debuts in 2015 and then his first-class debut in 2018, has been one of the finds of the second leg of the IPL in the UAE, where he has been a big performer, especially with the bat at the top of the order for Knight Riders. He has so far scored 265 runs in eight innings at a strike rate of 123.25. He has also picked up three wickets in 7.3 overs – including 2 for 29 in a league match against Delhi Capitals – while returning an economy rate of 8.53.

Avesh, meanwhile, has continued to be one of the stars for Capitals, and is their leading wicket-taker by far: 23 in 15 games with an economy rate of 7.50, eight strikes ahead of second-placed Axar Patel, who has 15.

The third member of the net bowlers’ line-up, Malik, has been another outsider to have turned heads at the ongoing IPL, primarily because of his pace and ability to crank it up to above 150kph regularly. The 21-year-old Jammu & Kashmir rookie was promoted from net bowler to the Sunrisers Hyderabad squad proper after T Natarajan had to miss the second leg of the IPL because of Covid-19-related issues. A rank newbie, Malik was included in the XI for Sunrisers’ last three games, after the team had been knocked out of the competition, and he impressed with his pace, even though he didn’t end up picking up too many wickets – just two – and has tended to be a bit wayward at times.

All the India players have been in the UAE for the past few weeks because of the IPL, and will get together in time for their first warm-up game, against Australia on October 18, three days after the completion of the IPL. Their second and final, warm-up game is against South Africa on October 20, and they will kickstart their campaign in the main tournament on October 24, against Pakistan.