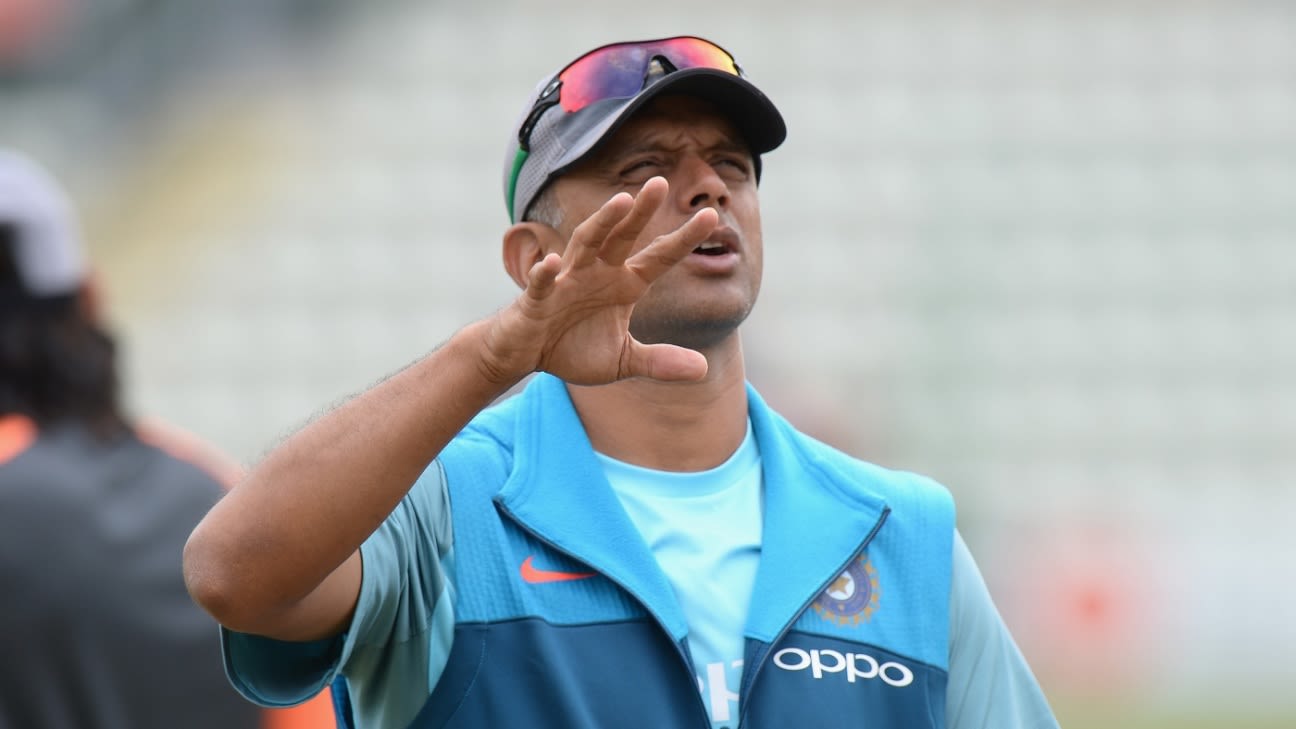 If things go to plan, the former captain will take charge of the backroom in time for the home series against New Zealand later this year

Rahul Dravid is, by a distance, the frontrunner to be the next chief coach of the Indian men’s team, and is in line to take over once Ravi Shastri finishes up at the end of the upcoming T20 World Cup, ESPNcricinfo has learnt. If things fall in place, he will head the backroom staff for the home series against New Zealand starting late November.

Dravid has always been the BCCI’s favoured candidate to take over the job from Shastri, who is ineligible to reapply for the position when his term expires, owing to age-restriction norms currently in force. The question was always about Dravid’s inclination and, according to BCCI sources, he has been persuaded to take the job. There will still be a formal process of inviting applications, but if Dravid chooses to apply, the BCCI is unlikely to look beyond him, ESPNcricinfo understands.

It is understood that BCCI officials have been involved in discussions with Dravid for a few months now and there has been speculation about him succeeding Shastri ever since he stepped into the job in an interim capacity when India were forced to send a second-string team to Sri Lanka for a limited-overs series last July, when many of the first-choice players were in England for the Test series.

Dravid has been director of the BCCI’s national cricket academy, in his hometown of Bengaluru, since 2019 and, prior to that, was the coach of both the India Under-19 and A teams.

Along with the position of the head coach – for which the BCCI has not yet formally advertised – the BCCI will also be looking for applications for the posts of batting, bowling and fielding coaches as the stints of Vikram Rathour, Bharat Arun and R Sridhar, too, end after the World Cup. ESPNcricinfo understands that Paras Mhambrey, Dravid’s long-term deputy both at the NCA as well as the India A and Under-19 set-ups, is a favourite to take over as the Indian bowling coach.