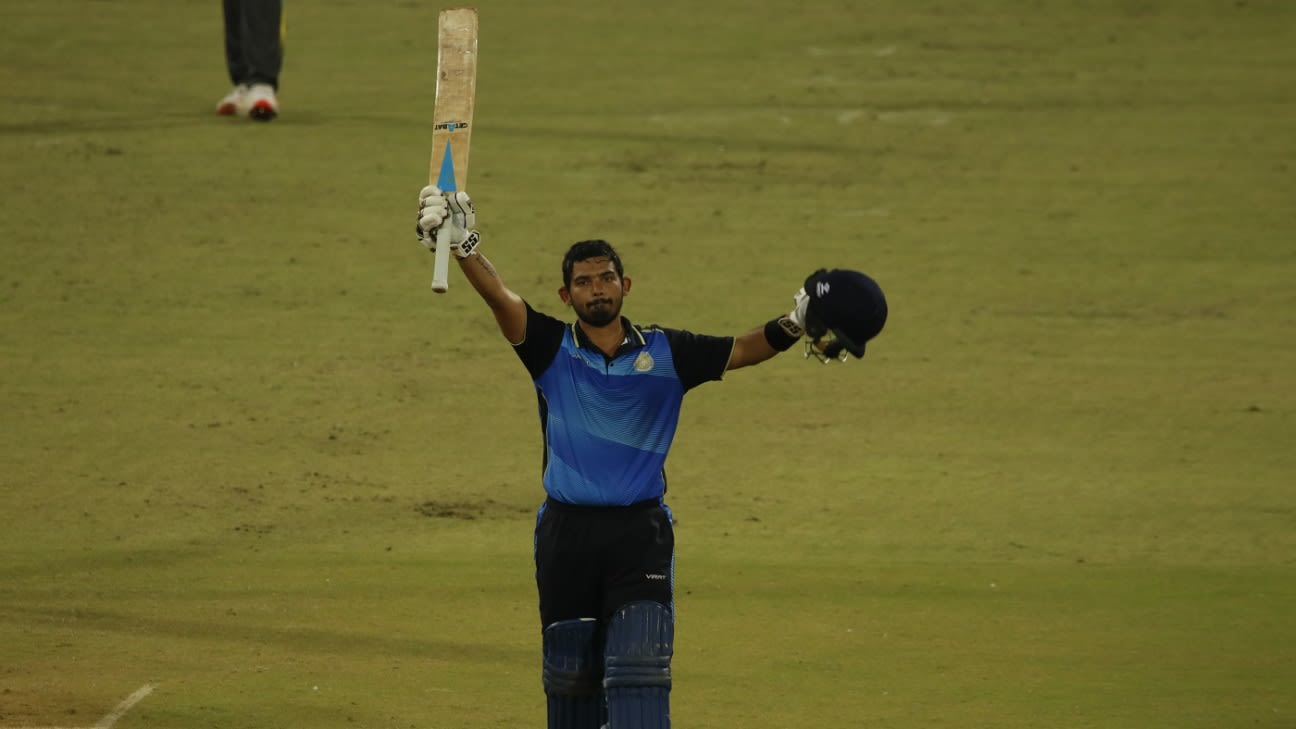 The batter died on Friday following a cardiac arrest

Avi Barot, the Saurashtra batter, occasional wicketkeeper and part-time offbreak bowler, died on October 15 at the age of 29 following a cardiac arrest.

“Avi was an exceptional and remarkable cricketer,” the Saurashtra Cricket Association said in a statement on its website; Barot had started his domestic career in Gujarat before moving to Saurashtra, and had turned out for Haryana in between too.

“This is absolutely shocking and painful to learn about Avi’s sad demise,” Jaydev Shah, the former Saurashtra captain who is now president of the association, said in a statement. “He was (a) great team-mate and had great cricketing skill. In all recent domestic matches, he had performed remarkably well. He was very friendly and (a) noble human being. We all at Saurashtra Cricket Association are in deep shock.”

Really shocked to hear of the young Avi Barot passing away. Life can be unpredictable and unfair! I pray for the strength of his family and loved ones to deal with this irreplaceable loss Om Shanti

Gone too soon! My condolences to Avi Barot’s loved ones. Saddened to hear of his passing. Keeping him in my prayers

Avi, it feels so so weird, so so strange to believe that you aren’t gonna be with us anymore. Right from our u-19 days to two ranji finals in two years & the ranji title & our synchronised clap routine (which you invented), we’ve shared it all my friend..

Barot was an integral part of the Saurashtra team that reached the final of the Ranji Trophy in 2015-16, where they lost to Mumbai, and again in 2018-19, when they lost to Vidarbha. He scored 309 runs in nine innings at an average of 34.33, with three half-centuries, when Saurashtra won the Ranji Trophy for the first time in 2019-20, the last time the tournament was played before being suspended – for the first time since its inception in 1934-35 – because of the Covid-19 pandemic.

Barot was also the BCCI’s Under-19 cricketer of the year in 2011, after he hit four centuries and three half-centuries in the 2010-11 Cooch Behar Trophy for Gujarat, leading them to the title.

In the 2020-21 season, Barot played both the 50-over Vijay Hazare 50-over tournament and the T20 Syed Mushtaq Ali Trophy for Saurashtra, and made headlines with a 53-ball 122 against Goa.