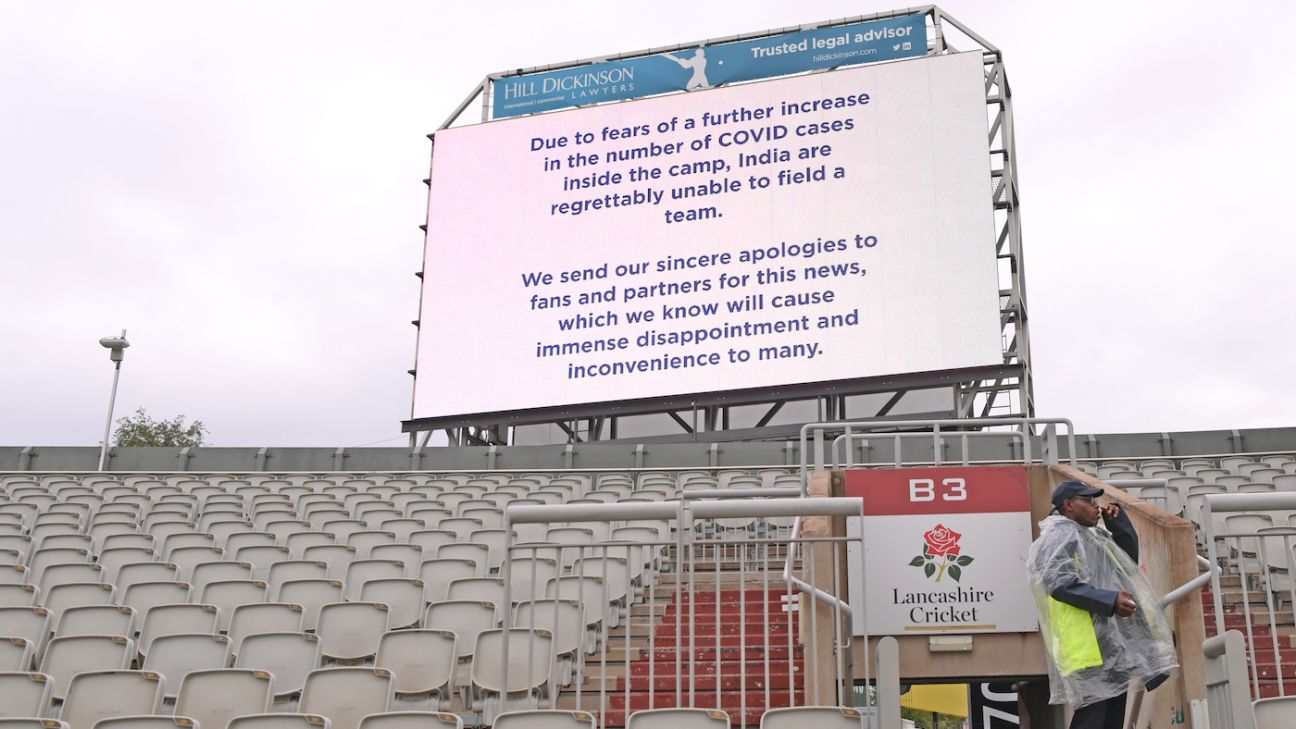 The postponed fifth Test between England and India will be held at Edgbaston from July 1-5 next summer, instead of its original venue at Emirates Old Trafford, and will also determine the result of the series, with India currently leading the series 2-1, following their victories at Lord’s and The Kia Oval.

In order to fulfil the fixture, and so meet the terms of the ECB’s broadcasting deal with Sky, an extensive rearrangement of England’s summer schedule has been agreed.

With the Foo Fighters and Red Hot Chilli Peppers due to host concerts at Old Trafford during the window for the India Test, the venue will instead host the second Test against South Africa, starting on August 25, which had originally been allocated to Edgbaston.

In addition, the white-ball series between England and India will now start six days later than originally planned, with Edgbaston now due to host a T20I on July 9, instead of the ODI that had originally been planned for that date.

Tom Harrison, the ECB’s chief executive, said: “We are very pleased that we have reached an agreement with BCCI to creating a fitting end to what has been a brilliant series so far.

“I’m very grateful to all the venues involved for the cooperation they’ve shown in allowing us to reschedule this match. I’d also like to thank Cricket South Africa for their support and understanding to allow these changes to be possible.

“We would like to apologise again to fans for the disruption and disappointment of September events. We know it was a day that so many had planned long in advance.

“We recognise that accommodating this extra match means a tighter schedule for the white ball series. We will continue to manage our players’ welfare and workloads through next year while we also continue to seek the optimum schedule for fans, players and our partners across the game.”

Jay Shah, the BCCI secretary, added: “I am delighted that the England-India Test series will now have its rightful conclusion. The four Test matches were riveting, and we needed a fitting finale.

“The BCCI recognises and respects the traditional form of the game and is also mindful of its role and obligations towards fellow board members. In the last two months, both BCCI and the ECB have been engaged in discussions and our efforts were aimed at finding a suitable window. I thank the ECB for their understanding and patience in finding an amicable solution.”