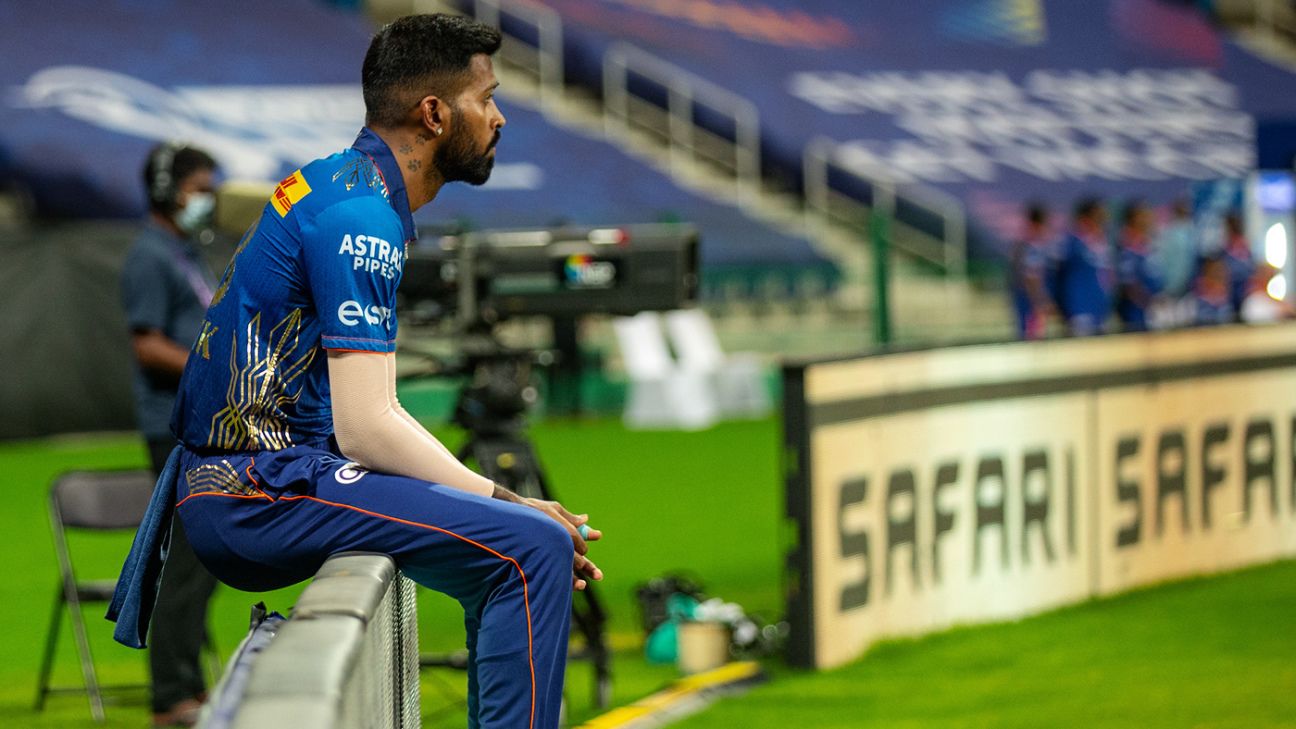 Bowls for 20 minutes, raising the possibility that he might be able to send down a few overs against New Zealand

Hardik Pandya bowled in the nets in Dubai on Wednesday, raising the possibility of him bowling in India’s crucial Men’s T20 World Cup game against New Zealand on October 31.

Hardik bowled 16 overs across three ODIs and a T20I on India’s tour of Sri Lanka in July, and did not bowl a single over in the UAE leg of the IPL for Mumbai Indians. He also hurt his shoulder while batting against Pakistan and did not take the field after India’s innings as he had to go for scans.

On Wednesday, in Dubai, Hardik went through fitness drills, which included short sprints, overseen by strength and conditioning coach Sohum Desai and physio Nitin Patel. After that he bowled for close to 20 minutes to Bhuvneshwar Kumar and Shardul Thakur in one of the nets. India chief coach Ravi Shastri and mentor MS Dhoni also monitored Hardik’s progress. Then, following his brief bowling stint, Hardik took throwdowns from batting coach Vikram Rathour.

Hardik’s inclusion in India’s T20 World Cup squad had raised a few eyebrows because of his fitness concerns. Ahead of the game against Pakistan, captain Virat Kohli had said that he expects Hardik to bowl at least two overs per game at some stage during the tournament.