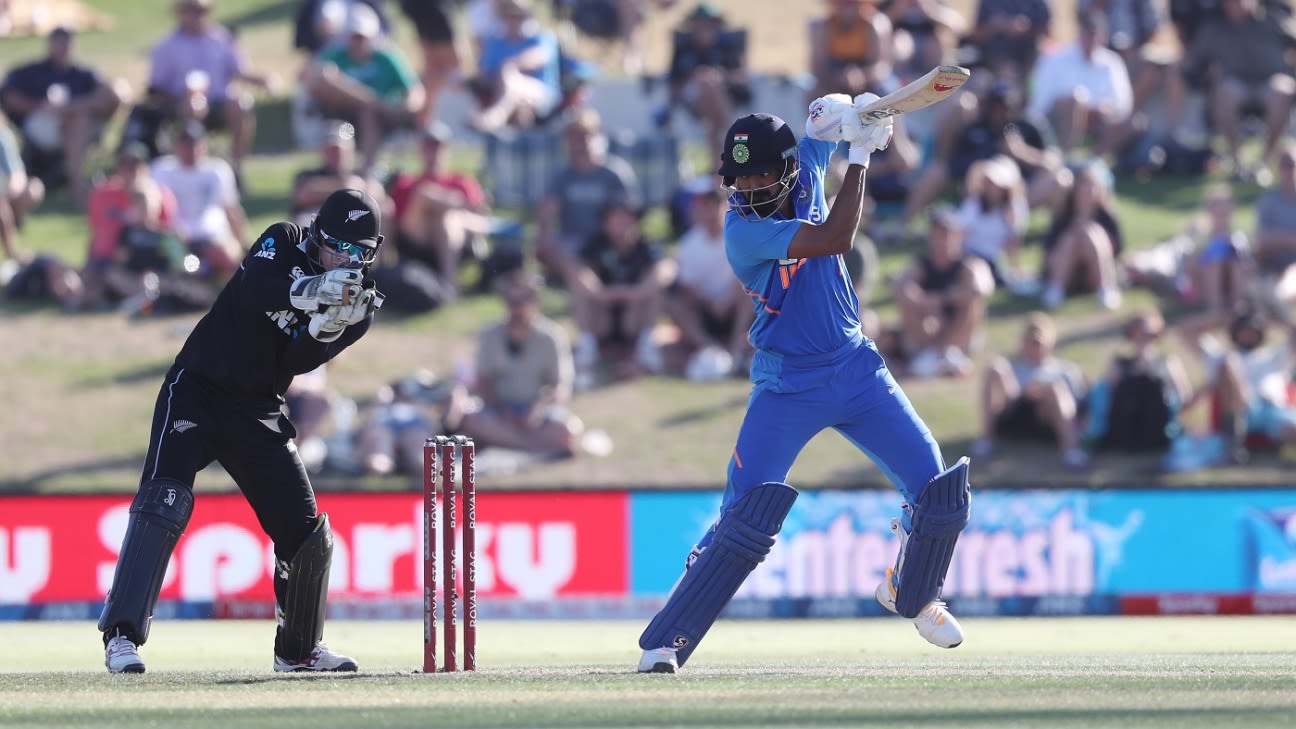 Very quietly, India vs New Zealand has become a classic little rivalry. It fits the biggest stages and produces some heart-stopping moments. Martin Guptill’s throw to run MS Dhoni out. Ross Taylor’s pull to seal the title. Rohit Sharma producing the best batting ever seen in a Super Over. Having bubbled away for a while – especially this year when two of their last three T20Is have ended up as ties – this is where it’s all going to blow up.

Both teams come into this game knowing they haven’t been good enough. However, those early losses will also have provided valuable lessons. Virat Kohli and Kane Williamson will now know what to guard against to ensure the best chance of victory. For India, that’s making sure they don’t lose early wickets. It’s no easy task when Trent Boult is among the opposition, but, surviving the powerplay with minimal losses usually means they are set up to do maximum damage later on.

New Zealand’s focus will be on the other end of the innings. The experiments with their batting order – Daryl Mitchell as opener, James Neesham at No. 4 – didn’t take against Pakistan and while that was another sign of their willingness to drop pre-set plans and do what the conditions dictate to win a match – it robbed them of a bit of stability. They did not have a recognised finisher at the crease when the death overs came around and they paid the price for it.

Hardik Pandya has started bowling in the nets again. And while it was only a 20-minute session, it has the potential to be game-changing for India’s prospects at this World Cup. Having their star allrounder back means they have more options, which in turn allows the captain to ration overs from his best bowlers better. Jasprit Bumrah, for example, can be used exclusively at the death. Varun Chakravarthy can bowl all four of his mystery spinners in the powerplay. The entire bowling plan changes if Hardik is in the mix.
Devon Conway has enjoyed a stellar start to his career. He uprooted his life in South Africa and bet it all on New Zealand and the upshot of that was a world title within his first year of international cricket. He’s now on the hunt for another, and his ability to cope with most kinds of bowling mark him out as a key figure in this batting line-up.

India tend not to be a team that makes too many changes, but they may yet be tempted to include Shardul Thakur, who has been in electric form ever since the tour of England, in place of Bhuvneshwar Kumar, who has been off-colour.

Martin Guptill did not field in New Zealand’s last game after sustaining a blow to his left toe, but he has turned up well in training and is expected to make the XI. Adam Milne, who is now available for selection, may be a contender to take Tim Southee’s spot in the XI

Teams batting second have won 14 of the 18 T20s played in Dubai this year. So don’t be surprised if the captain winning the toss tomorrow immediately opts to bowl.