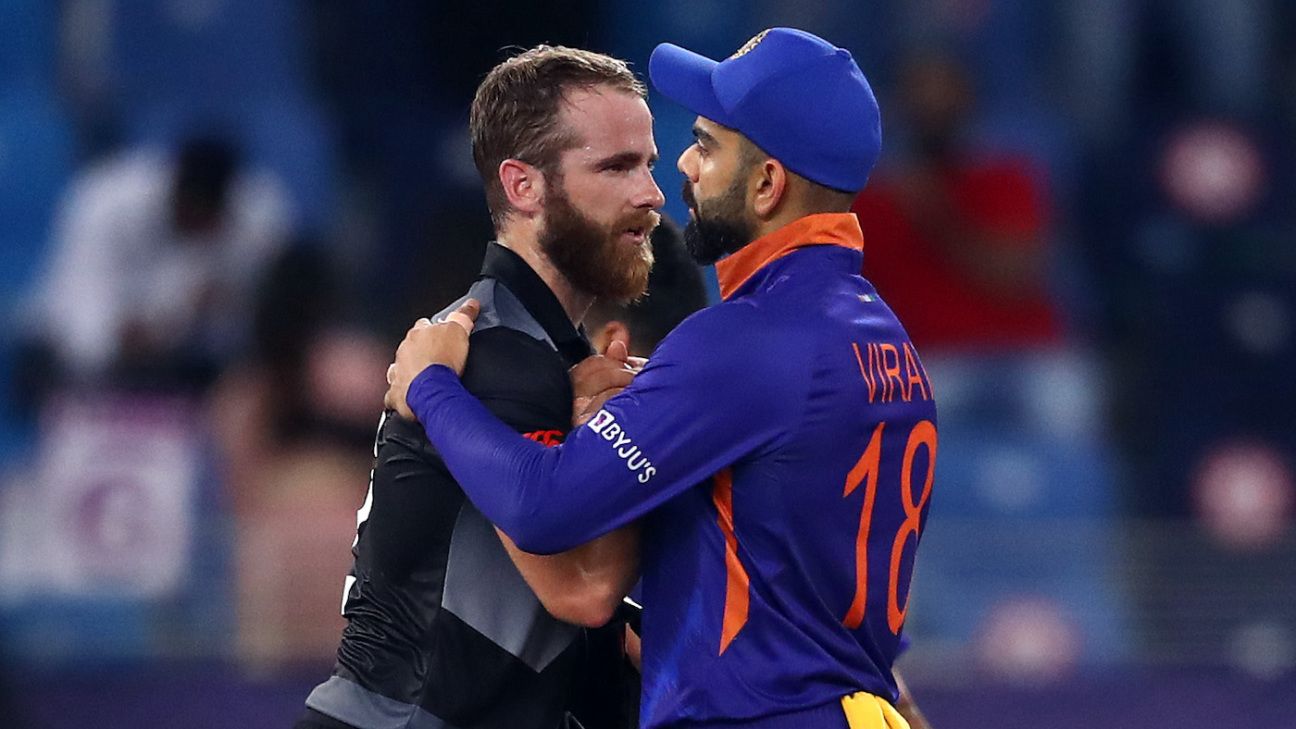 After the loss to New Zealand, India’s fate is out of their own hands, even if they win their three remaining games

New Zealand’s thumping win against India has put them in pole position to qualify as the second team from Group 2; Pakistan should top the group, given that they have two relatively easier games coming up. The margin of defeat against New Zealand also means India’s net run rate (NRR) has taken a beating, and they now depend on other results going their way. Here is how things stack up for the three teams which are likely to be fighting for the second slot – New Zealand, Afghanistan and India.

The run chase in 14.3 overs against India means New Zealand’s NRR has improved to 0.765. If they win their remaining games they will qualify regardless of other results. Among their three remaining opponents Afghanistan is easily the toughest, and if they lose that game they could still miss out on qualification, depending on other results. And the schedule for their next three games isn’t the easiest: they play day games with a one-day gap at three different venues – against Scotland in Dubai on November 3, against Namibia in Sharjah on November 5, and against Afghanistan in Abu Dhabi on November 7.

Afghanistan have done their best to maximise the gains from their matches against Scotland and Namibia, which is why their NRR is sitting pretty at 3.097. The two remaining games for them are against two of the bigger teams, India and New Zealand. If they win both, they will qualify. If they lose to India and beat New Zealand, then run rates will probably come into play. Afghanistan’s schedule could be an advantage: they beat Namibia in Abu Dhabi, and they stay there for their last two games as well.

India’s only chance now is to win their three remaining games, and then hope that New Zealand and Afghanistan lose at least one of their remaining games. Then, NRRs could come into play. Even on that front, India have plenty of work to do – their defeat against New Zealand has pushed their NRR down to -1.609.