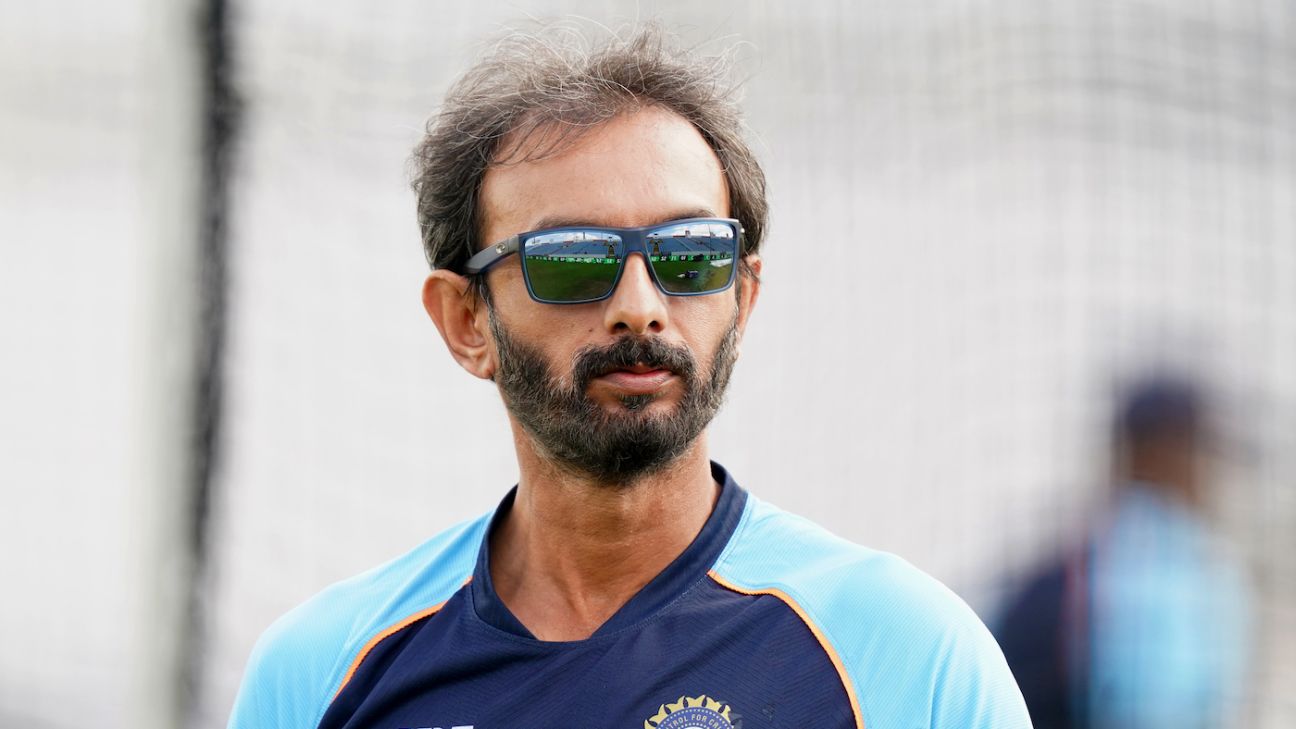 Vikram Rathour, India’s incumbent batting coach, has revealed that he has reapplied for the role. The former India and Punjab wicketkeeper-batter was originally appointed to the post in 2019, for a period of two years, starting with the home series against South Africa in September and running till the ongoing T20 World Cup in the UAE.

“The experience has been great,” Rathour said on the eve of India’s group-stage fixture against Afghanistan in Abu Dhabi. “It has been a great learning experience. It’s great to work with a team of such highly motivated and skilfull players. So, it has been a good experience. Going forward, I’ve already applied for the batting coach’s job. If I get that job, there’ll be a lot of work to be done. We will take it as it goes.”

India’s coaching group is set to undergo an overhaul after the T20 World Cup. Current head coach Ravi Shastri, 59, is ineligible to re-apply for his position when his term expires, because of age-related restrictions. Rahul Dravid is the frontrunner to take charge of the India side, having already formally applied for the job.

B Arun and R Sridhar, the incumbent bowling and fielding coaches respectively, are also likely to leave along with Shastri after the World Cup. According to PTI, former India seamer Paras Mhambrey, and former wicketkeeper-batter Ajay Ratra have applied for the positions of India’s bowling and fielding coaches. Abhay Sharma, who has worked with Dravid at the NCA (National Cricket Academy) in Bengaluru and with India A, has also applied for the fielding coach’s role.

India are also set to have a new T20 captain after the World Cup, with Virat Kohli deciding to step down from the role after the tournament. Though the BCCI is yet to announce his successor, Rohit Sharma is the favourite to take over from Kohli.

When Kohli was asked about the coaching reshuffle in the lead-up to the tournament, he downplayed it and said India’s main focus was to win the World Cup.

“Our ultimate goal is to win the World Cup,” Kohli had said. “I honestly have no idea about what’s exactly happening on that front yet. We haven’t had any detailed discussions with anyone, but winning the World Cup is definitely our goal like any other team. But, I think, what we’ve been able to create in the last five-six years is beyond titles and tournaments to be honest. We’ve been able to create a culture which I think is going to be lasting a long time where people want to be the best they can be when they enter the Indian cricket team, the fittest they can be, and that culture we’ve driven with utmost passion and utmost honesty, which we hope will continue to be the case in years to come.

“But, yes winning an ICC tournament will definitely be a wonderful moment for all of us, for him [Shastri] as coach and me as captain. It’ll be an amazing achievement and something that we’re absolutely motivated to do so and we’ll give everything that we have.”