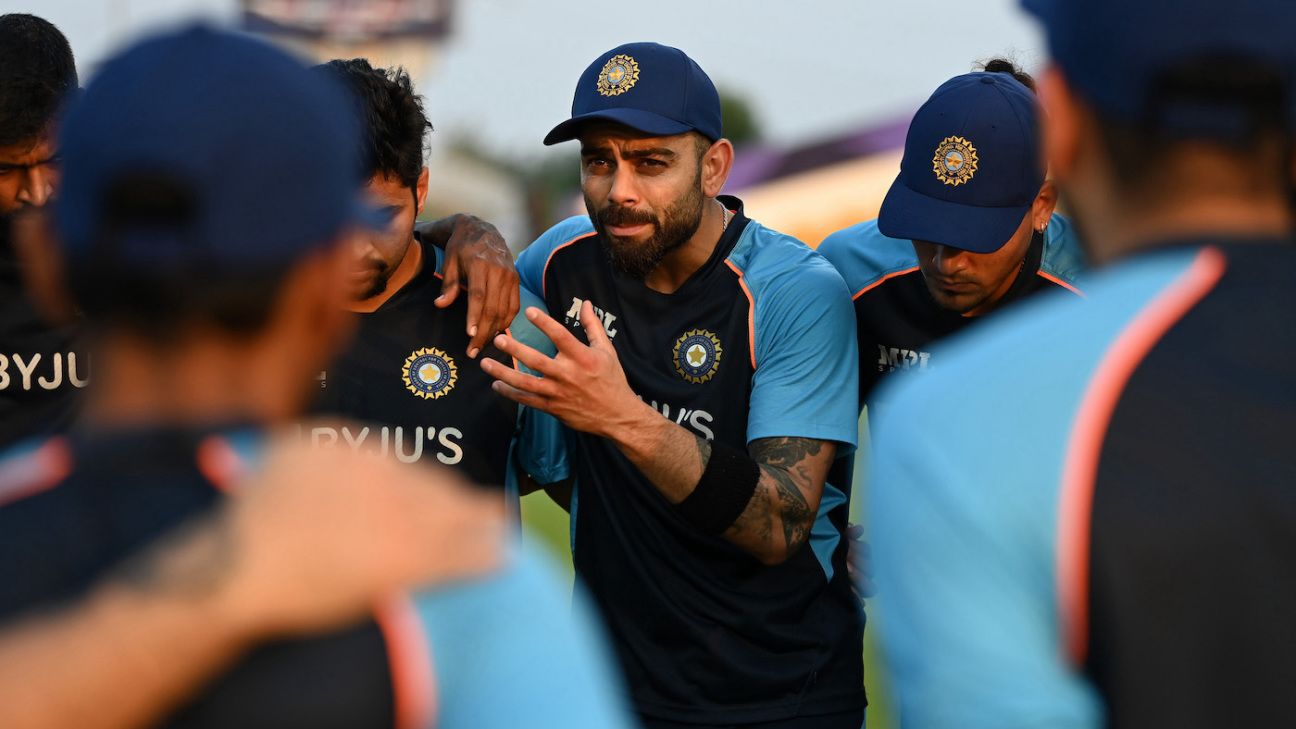 India’s emphatic 66-run victory against Afghanistan means they remain in the hunt to take advantage of a slip-up from New Zealand. Meanwhile, New Zealand’s campaign remains on course, while Afghanistan are in it too despite the heavy loss. Here is a look at how each of these three teams can make the cut.

New Zealand, meanwhile, will be hoping to beat Namibia and improve their NRR, before their last game against Afghanistan. If India beat Scotland and New Zealand lose one of their last two matches, then India will have everything to play for against Namibia. India’s advantage is that they play the last game of the group, which means they will know exactly what they need to do to qualify.

New Zealand managed to get two points against Scotland, but the victory margin was narrower than they would have hoped for, which means their NRR only improved from 0.765 to 0.816. If they bat first, score 180, and win by 60 runs against Namibia, their NRR will be 1.391. However, even a one-run loss (chasing 150) against Afghanistan will reduce their rate to 1.094. That is an NRR that India can surpass with big wins in their last two games (as mentioned above).

New Zealand can avoid all that NRR discussion if they win their last two games and finish on eight points. However, their schedule is a tough one: after playing in Dubai today, they travel to Sharjah for their game against Namibia on Friday, and then play Afghanistan in Abu Dhabi on Sunday. Afghanistan, meanwhile, have played their last two matches in Abu Dhabi, and have a three-day rest before taking on New Zealand at the same venue.

Afghanistan’s NRR has taken a beating after that 66-run defeat to India. Hence, not only do they need to beat New Zealand, but they might also need to do so by a certain margin to factor in a huge win for India against Namibia the following day. As mentioned above, if India win their last two games by a combined margin of 120 runs, Afghanistan will need a 12-run victory margin against New Zealand to stay ahead of India (assuming first-innings scores of 180 for India and 150 for Afghanistan).

The NRR situation would be clearer for them by Sunday, as both India and New Zealand would have played another game before that, on Friday. Also, Afghanistan have the advantage of a three-day rest and familiarity of venue, having played their last two games in Abu Dhabi.