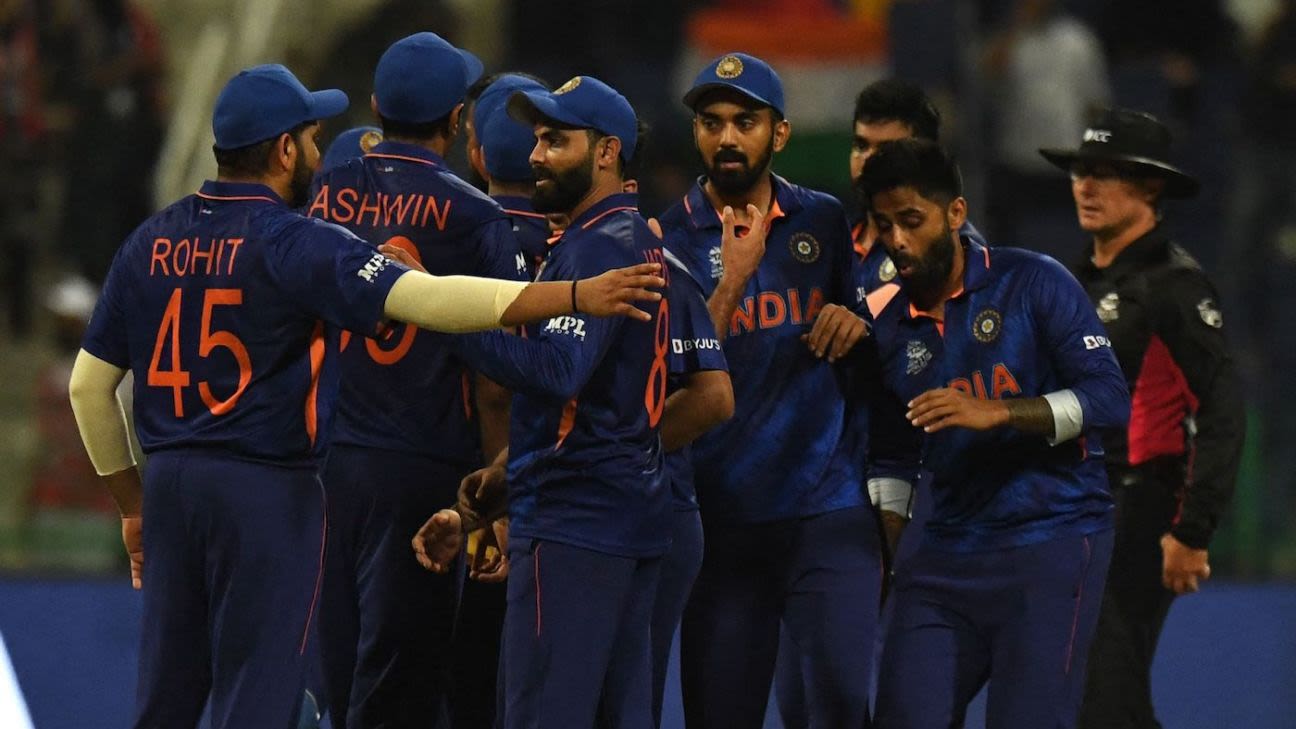 Royal Challengers Bangalore need to win their next two and hope Chennai Super Kings beat Kolkata Knight Riders by a certain margin, and then… Rings a bell? It should. For Virat Kohli at least. Used to dealing with a lot of those in the IPL, he and his Indian team have had to do quite a bit of it at the T20 World Cup too.

India’s fate is not entirely in their hands, but they need to win big in their next two games to elevate their just-positive net run-rate. Scotland can’t qualify, but a statement against a top-billed side won’t do any harm to their standing as an improved Associate side that wants to go toe to toe with the big boys.

On Wednesday, they did wonderfully well, running New Zealand close in a very big chase and giving them the jitters, for a while at least. One big partnership, one better death over, one small push – that’s how close they were from causing an upset that would have won them many Indian fans. If they can sustain that momentum and run India close, it will be a giant leap for them – though it might not help with Indian fans much.

Against Afghanistan, India’s top four – for the day – fired in unison, sustaining aggression and momentum right through the innings, something they hadn’t done in their first two games. They would have, however, liked to win by a bigger margin after removing the cream of Afghanistan’s batting by the halfway mark. They ended up conceding 56 off the last five overs, and will hope to close out better with the ball against Scotland, while hoping the batting carries on in similar fashion.

It’s all pretty clear. A big win is a non-negotiable for India; they wouldn’t want to leave too much ground to cover in the final game against Namibia, should Afghanistan beat New Zealand. Scotland might have done well, very well, over the years, but they wouldn’t get the attention they will if they beat India. That is motivation enough.

Hardik Pandya‘s immediate white-ball future could hinge on his ability to bowl consistently, apart from offering lower-order batting muscle. Against Afghanistan, he was far from being in rhythm in his two expensive overs, but his six-laden 13-ball 35* helped no end. But, well, he is an allrounder.

As an opener, George Munsey can access parts of the ground few batters in the current Scotland team can. And the ability to do it in the powerplay makes him a dangerous proposition. But, so far this tournament, while he has given glimpses of this ability, he has failed to convert his starts, 29 being his highest in six innings. He has one more chance to come good here.

India have welcomed a fit Suryakumar Yadav back but were set back by an injury to Varun Chakravarthy against Afghanistan. But with R Ashwin returning 2 for 14, it’s likely Chakravarthy will have more time to recover.

Fast bowler Josh Davey is still nursing a “niggle”, according to captain Kyle Coetzer, and a final call will be taken on match day.

It’s a night game in Dubai, with heavy dew likely in the second half. That means the captain winning the toss would once again want to chase. Will the luck of the coin smile on Kohli, who has now lost 13 of his last 14 tosses for India? A lot might depend on what the surface in Dubai is like.