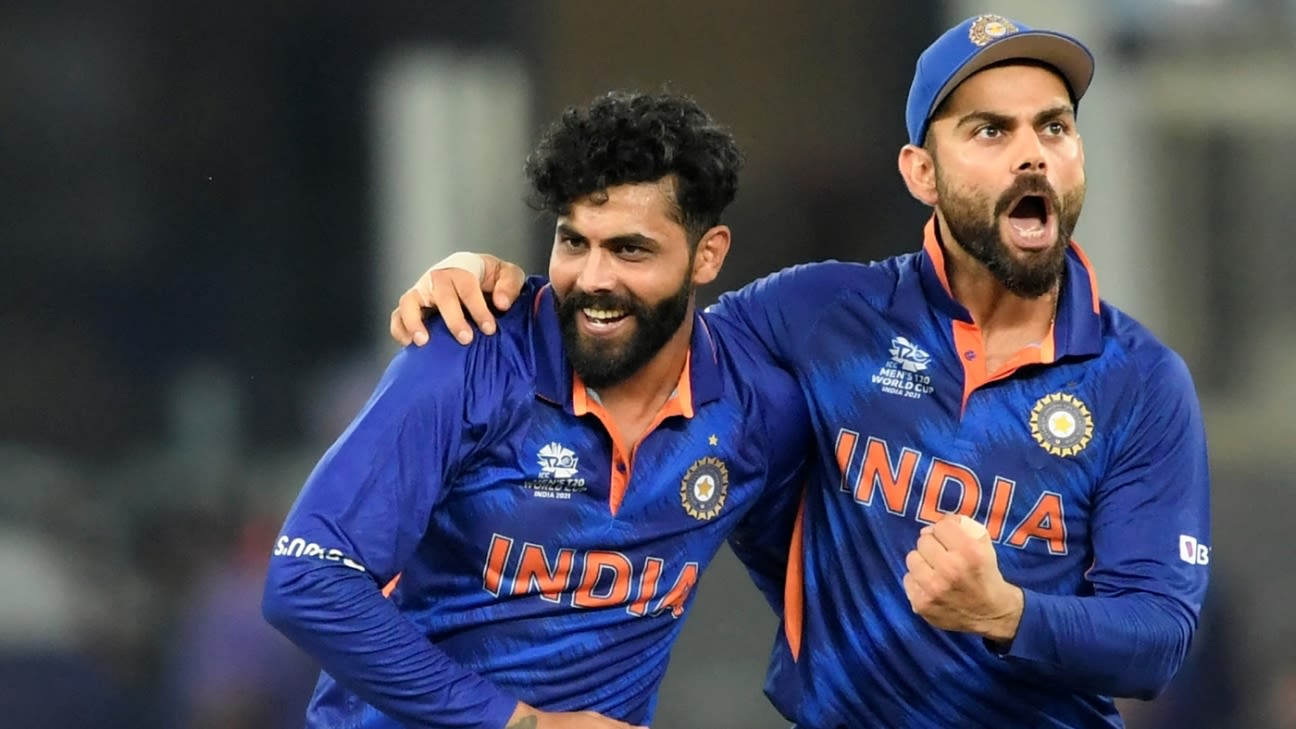 Rahul and Rohit killed the game off in a ridiculous hurry, helping chase down the target with 13.3 overs to spare

India outclassed Scotland and in doing so also bolstered their hopes of staying alive in the 2021 T20 World Cup.

It was a night to remember for birthday boy Virat Kohli. Everything went according to his plan. First, he won the toss. Then he watched as Ravindra Jadeja and Mohammed Shami bowled the opposition out for 85. KL Rahul whacked 50 of those runs all by himself and ensured victory with 13.3 overs and eight wickets to spare.

Sign up for ESPN+ and catch all the action from the Men’s T20 World Cup live in the USA. Match highlights of India vs Scotland is available in English, and in Hindi (USA only).

It was always unlikely that India would lose to Scotland, but they still had to play well because there was another very important box to tick. Net run rate.

That’s why Jasprit Bumrah began with a slew of yorkers in the first over. That’s why Varun Chakravarthy followed him, hoping to leverage his mystery spin for wickets against a set of batters who had never faced him before.

India were simple with their plans and ruthless with their execution. The quicks bowled quick and at the stumps. The spinners bowled tight and spun it a mile. The batters went out and gave it a superb whack.

India are now in third place – above Afghanistan – with the best net run rate (1.619) in Group 2. Now, if Afghanistan beat New Zealand on Sunday, India will be through to the semi-finals.

Nearly all of Jadeja’s focus in T20 cricket is in restricting the batter. But when there is a little turn on offer, he starts to take on greater responsibilities. That was the case on Friday as he produced his best figures in T20 internationals.

As soon as he gets one ball to turn, Jadeja becomes every bit as dangerous as a mystery spinner. Because he has so much control over his craft that he can turn one ball a mile – like the one that went right through Richie Berrington – while ensuring another just skids on straight – like the one that pinned Matthew Cross in front.

That one over – the seventh which produced two wickets – set India on their way to the victory they absolutely needed.

Scotland only ever tried to attack 46 of the balls they faced. And for all that trouble, they made only 65 runs on top of losing five wickets.

India, within the first four overs, attacked 15 balls and scored 45 runs from them. Zero wickets. There. That’s how much of a mismatch this was. Rahul and Rohit Sharma hit eight fours and two sixes in the first 24 balls of the chase and killed the game off in a ridiculous hurry.