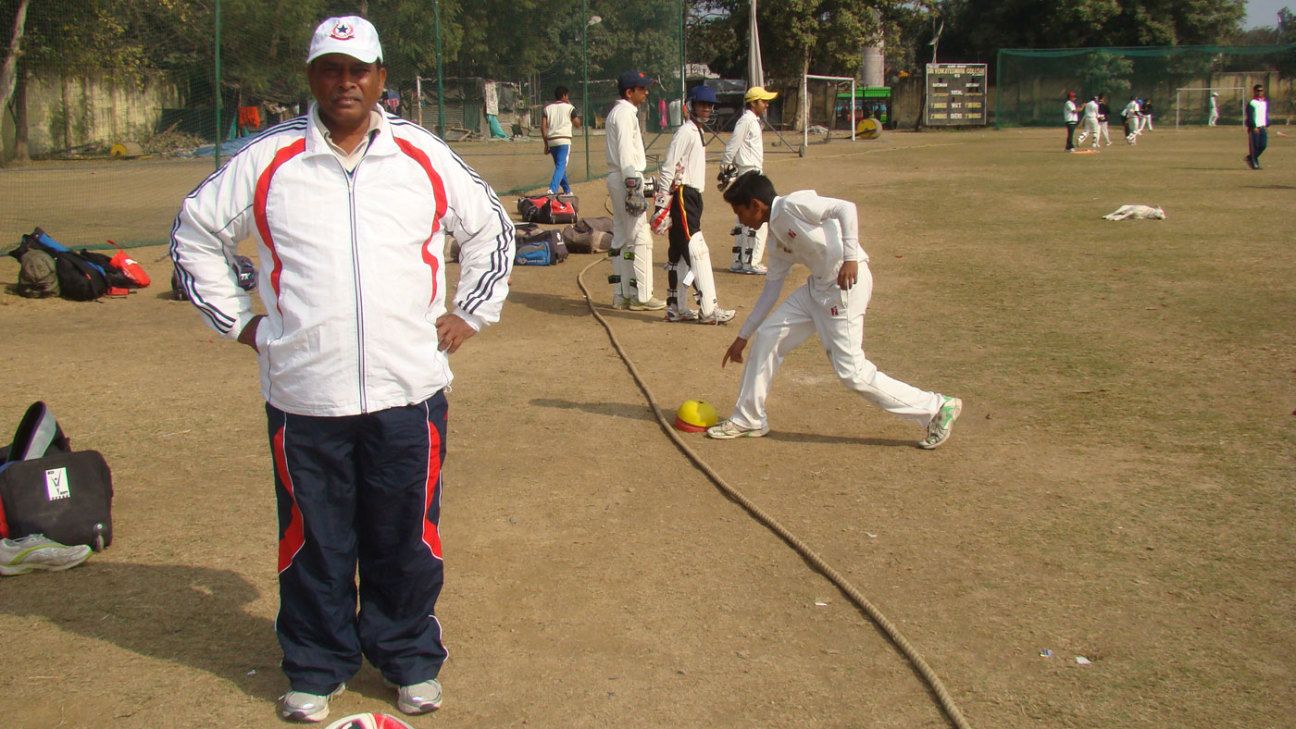 Sinha was a father figure in Delhi’s famous Sonnet Cricket Club, which has produced some of the country’s finest international and domestic cricketers

Tarak Sinha, the renowned coach from Delhi’s famous Sonnet Cricket Club, has died on Saturday morning after a prolonged illness. Sinha was 71.

He was unmarried and is survived by his sister. Sinha was a father figure at Sonnet, which has produced some of the country’s top domestic and international cricketers, such as Surinder Khanna, Sanjeev Sharma, Manoj Prabhakar, the late Raman Lamba, KP Bhaskar, Ajay Sharma, Atul Wassan, Aakash Chopra, Anjum Chopra, Rumeli Dhar, Ashish Nehra, Shikhar Dhawan, Rishabh Pant, Nitish Rana, and many others.

Sinha was conferred with the lifetime Dronacharya Award in 2018.

“It is with heavy heart we have to share this tragic news of Shri Tarak Sinha, the founder of Sonnet Club, has left us for heavenly abode at 3 am on Saturday after a brave battle with lung cancer for two months,” the Sonnet Cricket Club said in a statement.

“He has been the soul of Sonnet Cricket Club which has given India and Delhi cricket so many gems.

“We want to thank each and everyone who has been by his side in these trying times and prayed for his recovery. We also want to appreciate the efforts put in by the doctors in Jaipur and Delhi who worked tirelessly to revive him.

“Tarak sir’s pride was his students, and his support through this period kept him going. He was only thinking about grooming young talent during this battle. Even at the age of 70, he was enthusiastic about getting to the field and working on young cricketers.

“He was in good spirits till his last breath, believing he could still get up on his feet!

“It’s a heavy day for all of us at Sonnet Club, the cricket fraternity and most importantly the students who have always seen him as a guardian.”

Ustaad Ji is no more. Dronacharya Awardee. Coach to over a dozen India Test cricketers. And scores of first-class cricketers. Both men and women. Without any institutional help. Your service to Indian cricket will be remembered, sir. May your soul R.I.P.
Om Shanti pic.twitter.com/fDmvdJC8vZ

“Ustaad ji“, as his disciples reverentially referred to him, coached for nearly five decades, nurturing, grooming and managing raw talent and through his club gave them a platform to perform.

His longtime assistant Devender Sharma, who has actively coached the likes of Pant, was by his side.

The BCCI used his expertise only once when they appointed him as the women’s national team coach. He worked with a very young bunch of players that had Jhulan Goswami, Mithali Raj in their ranks.

Another aspect of his coaching was that he would never let any student ignore his/her academics. Sinha always wanted players to have a Plan B.

A case in point is Pant, who was accompanied by his mother and was spotted by Sinha’s assistant Devender, who was then coaching in Rajasthan. Sinha had taken Pant under his wings when the batter moved to Delhi at the age of 12, and the coach arranged for Pant’s education in a Delhi school, from where he gave his 10th and 12th board exams.

In an interview with ESPNcricinfo in late 2016, when Pant was yet to make his India debut, the batter had said, “For sir, I have to play Test cricket. In our club, only Test players are called ‘country’ players by sir.”