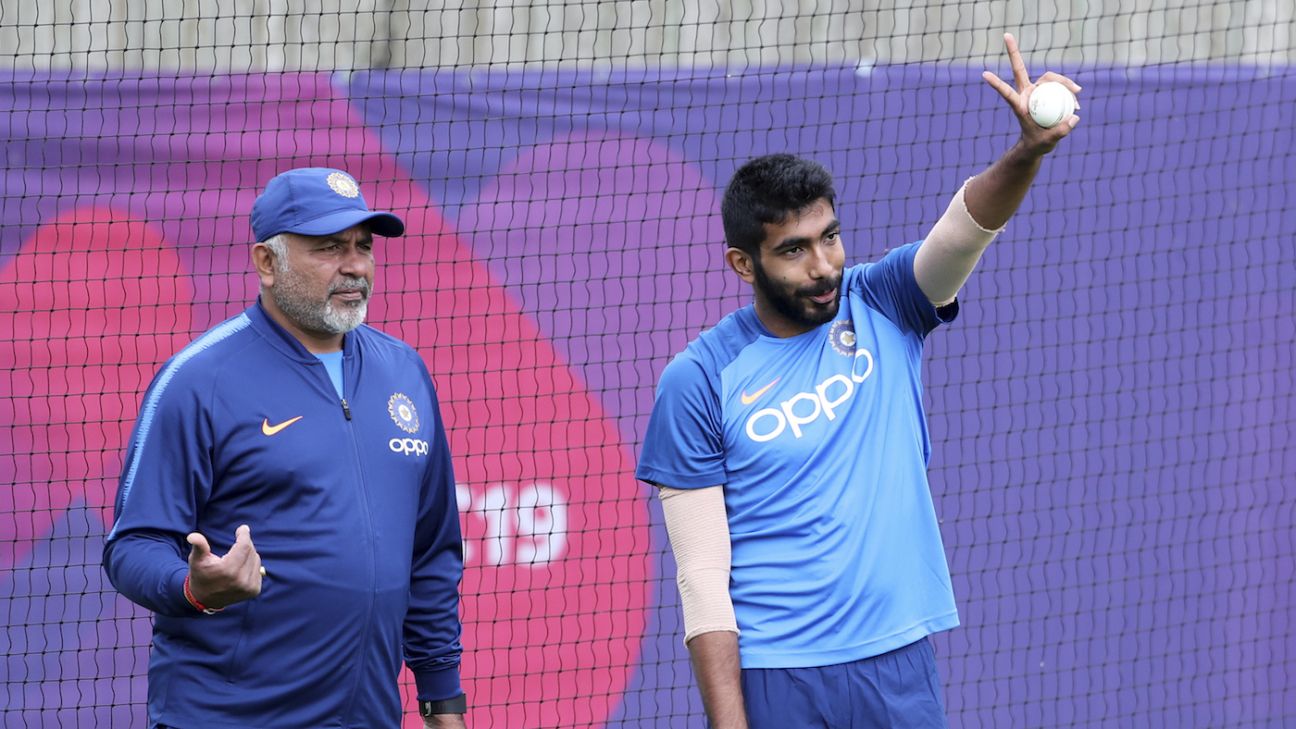 Although he admitted that India have not performed to potential, bowling coach Bharat Arun is of the opinion that the toss has played too big a role at the 2021 T20 World Cup.
“I’m not trying to give any excuses but the trend this World Cup has been the team that wins the toss has a big advantage, especially when you’re playing in the Dubai Stadium,” he said. “So the wicket kind of eases out when you come out to bowl the second time. But no excuses, we should have batted better, and also the first match, we had a chance to defend our total but we looked a little below par.
Of the 39 games played in the tournament as of Saturday, 24 have been won by the chasing side. There have been 28 instances of a team electing to bowl first, and in 19 of those cases, they have gone on to win as well. India lost the toss in each of their first three matches, and managed to win only one of them, before eventually winning a toss and chasing down a target against Scotland earlier this week.

“[…] I’m not trying to give any excuses,” Arun said. “But I think the toss plays a very very vital role, which I think shouldn’t – the toss shouldn’t be of any consequence. But here, the toss gives very undue advantage and there’s a huge change between batting in the first innings and batting in the second innings. That shouldn’t be the case in a very short format like this.”

India took no wickets in that first match against Pakistan, and managed only two in their second match against New Zealand. Those heavy defeats early on have meant that India are playing catch up, and could well be knocked out before their last game against Namibia on Monday, which is also the last game of the Super 12s phase. In the context of what has otherwise been a successful year for the team, particularly in Tests, it has been a blow especially to the outgoing leadership group – Arun included.
“Obviously we are a very good side,” he said. “We were the tournament favourites when we did start but it was most unfortunate that we lost the first two games. That put us in a very precarious situation. Obviously we are expecting to qualify, we are backing Afghanistan to do well in this tournament. But again sport is all about ups and downs. And we need to accept and move on. You need to give out the best at any given point of time. It was the entire team’s endeavour to do well in this series, but that was not so.”

Arun has been at the centre of India’s new approach to managing bowlers’ workloads over the last few years, a change that has helped the team be a bigger threat especially on overseas tours. There has been little chance for any rigorous rotation this year, however, after the IPL was split in two thanks to a Covid-19 outbreak when the tournament came back to India earlier this year. The second phase of the league ended just nine days before India’s first match at the World Cup, and essentially ensured the players have been in a bubble for the best part of six months.

“Being on the road for six months is a huge ask,” Arun said. “The players haven’t gone home since they had a short break after the last [2020] IPL, and they have been in a bubble for six months. And I think that takes a huge toll. So specific to your question – maybe a short break between the IPL and the World Cup would have done a lot of good for these boys.”