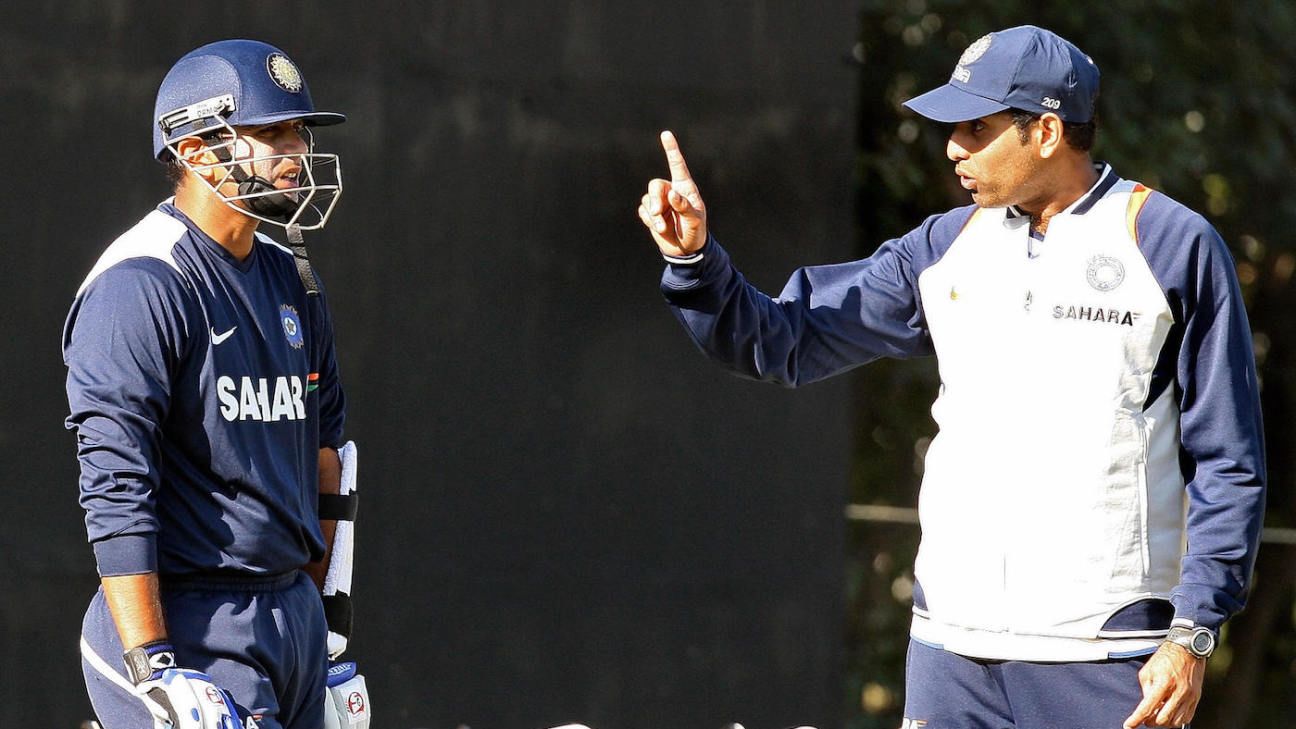 If he takes up the job, Laxman will have to give up the role of Sunrisers Hyderabad mentor, as well as that of commentator and analyst

The BCCI is looking at VVS Laxman as its favoured candidate to head the National Cricket Academy (NCA) in Bangalore, following Rahul Dravid‘s elevation as head coach of the national men’s team.

ESPNcricinfo understands that Laxman, who is currently in the UAE working as a commentator and analyst for the T20 World Cup for the host broadcaster, is awaiting clarity on his role and other details from the board before deciding on the move.

Dravid resigned from his position as the NCA director last month following a two-year term, in which he put in place processes for injury management, player rehabilitation, coaching programmes and preparing roadmaps for age-group and women’s cricket.

The NCA head will have to be based in Bengaluru. The academy is headquartered in the city – presently at the M Chinnaswamy Stadium premises – and the BCCI has begun construction of a new, state-of-the-art facility on the outskirts of the city, the approvals for which were obtained late last year. If Laxman does take over, it will mean moving base from Hyderabad, his hometown.

Laxman is currently mentor of IPL team Sunrisers Hyderabad, apart from being a commentator and cricket analyst. Till earlier this year, Laxman also served as batting consultant to the Cricket Association of Bengal. He held the position for six years, after being brought on by Sourav Ganguly – his former India team-mate and captain, and the then Cricket Association of Bengal joint secretary – for the association’s ambitious Vision 2020 project that aimed at making Bengal a force in domestic cricket again.

If Laxman does take up the NCA role, he would have to give up all of those positions to avoid any conflict-of-interest issues – a former player/official is barred from holding more than one position within the BCCI framework simultaneously.

Earlier this month, it was confirmed that Dravid would succeed Ravi Shastri as the head coach of the men’s team after the ongoing T20 World Cup in the UAE. Dravid’s two-year term will begin with the upcoming home series against New Zealand, starting November 17.

Dravid’s appointment – made official by the cricket advisory committee comprising Sulakshana Naik and RP Singh – was always on the cards after he sent in a formal application for the position. This was after Ganguly, now the BCCI president, convinced his former colleague to do so.

“Rahul’s effort at the NCA has nurtured several young cricketing talents who have gone on to represent the country at the international stage,” Ganguly said at the time. “I am hopeful that his new stint will take Indian cricket to new heights. Rahul has had an illustrious playing career and is one of the greats of the game. He has also served Indian cricket as Head of National Cricket Academy (NCA) with distinction.”

Dravid had taken charge as director of the NCA following four years as coach of India A and India Under-19. Under him, India reached two Under-19 World Cup finals, losing one (to West Indies in 2016) and winning one (against Australia in 2018).