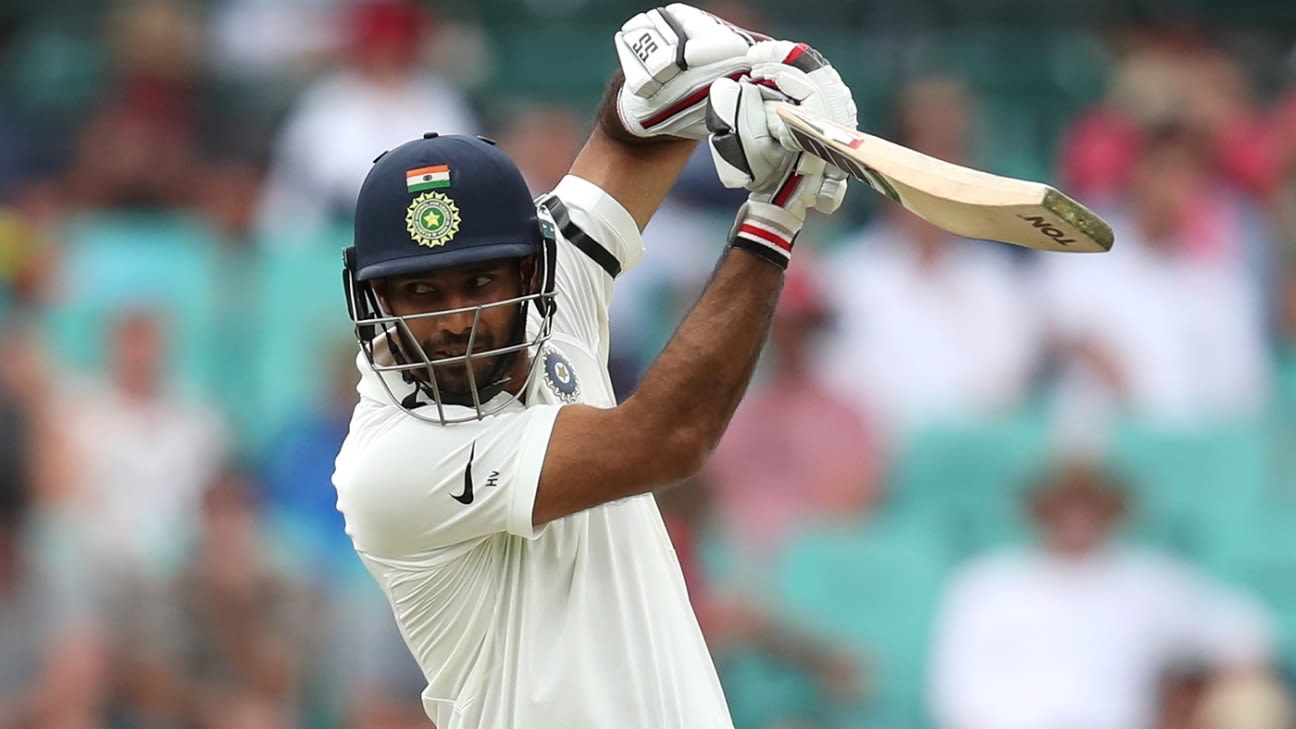 Sending him to South Africa with India A will help him acclimatise before the Test team’s visit, when they are likelier to need a sixth specialist batter

Hanuma Vihari last played for India on one leg. He fought excruciating pain from a hamstring tear to help India save the Sydney Test in January this year, which became the foundation for their greatest away Test series win. It was clear to Vihari even then that the next Test in Brisbane – with Virat Kohli away on paternity leave – was going to be his best chance to get another game for India because he hardly gets to play at home, and because India were beginning to get comfortable with the idea of Rishabh Pant and Ravindra Jadeja as the sixth and seventh batters even in away Tests.
True to expectation, Vihari has not played a Test since, and now that Kohli is resting again, it seems, on the face of it, extremely harsh that he has been left out of India’s squad for the upcoming home Tests against New Zealand. The BCCI communication on the selection says nothing about any exclusion – so we assume Kohli (for the first Test), Rohit Sharma, Rishabh Pant, Jasprit Bumrah and Mohammed Shami are resting – nor has there been any press conference or interview with Chetan Sharma, the chairman of selectors.
A little over five hours after announcing the squad, the BCCI confirmed via Twitter that Vihari had been added to the India A squad that is set to tour South Africa later this month.

Now that it is established that Vihari will be on that tour, it is possible to understand the likely thought process behind his non-selection against New Zealand. India usually play only five specialist batters at home, which leaves no room for Vihari – only one of his 12 Tests so far has come at home. So instead of him being in the squad and carrying drinks, India probably feel it is better he goes on the A tour of South Africa. His getting acclimatised for an important tour that India will be on is an added advantage. India’s domestic first-class season starts in January, so this is the only first-class cricket he can get before India’s tour of South Africa, where they may well play six batters.

Then again, this was a rare chance for Vihari to get a home Test even if it was just the one Test before Kohli returns for the second. This Test, though, is instead an opportunity for India to try Shubman Gill in the middle order, a station he is believed to be more suited to in the long run. You also suspect India want a slightly more assertive batter than Vihari if they are going to play just the five in India.

As with most decisions, there is a flip side. The flip side for Vihari is that if Gill gets a century in his only Test in the middle order, it could prop him up as the sixth batter in South Africa, ahead of Vihari. If that happens, it will actually vindicate the selectors because their job is to pick teams that are best for India and not see what is fair or unfair on an individual.

The flip side for India is a last-minute injury. In such a scenario, Vihari might be a better option than Shreyas Iyer, the other middle-order batter in the squad, to step in. That is a risk, it appears, the selectors are willing to take. In the past, the selectors have been criticised for keeping players on the bench for too long, denying them match time. Karun Nair, for example, kept travelling with the team without getting into the XI, and when a vacancy opened up during the 2018 tour of England, India overlooked him in favour of Vihari, who had more game time, first-class runs and, perhaps, form behind him.

The choice for the selectors was between giving Vihari one Test at home and most likely having him as standby for the second, and sending him on the A tour so he could be ready for the Test tour of South Africa, where India are far likelier to need a sixth batter. The selectors, it appears, have gone for the latter. Even if India play just five batters in South Africa, it can’t be ruled out that Cheteshwar Pujara or Ajinkya Rahane might be under pressure to hold onto their slot.

You could still argue that it is unfortunate for Vihari to miss this one Test in hand for three that may not even be in the bush. Such a selection might be easier to understand if the three regular middle-order batters were averaging in the 50s since the start of 2020 rather than the 20s, but the numbers of Pujara, Kohli and Rahane in this period need to be viewed in context. The Tests they have played in this time have been part of an era where conditions have been incredibly bowling-friendly, especially in games involving India. Vihari’s reality is unfortunately that of being a batter in India in this era, but ask any selector, and they will take leaving out good players over having to scramble to find them.

GMT 1215 This piece was updated after the BCCI confirmed Vihari’s selection for the India A tour of South Africa.