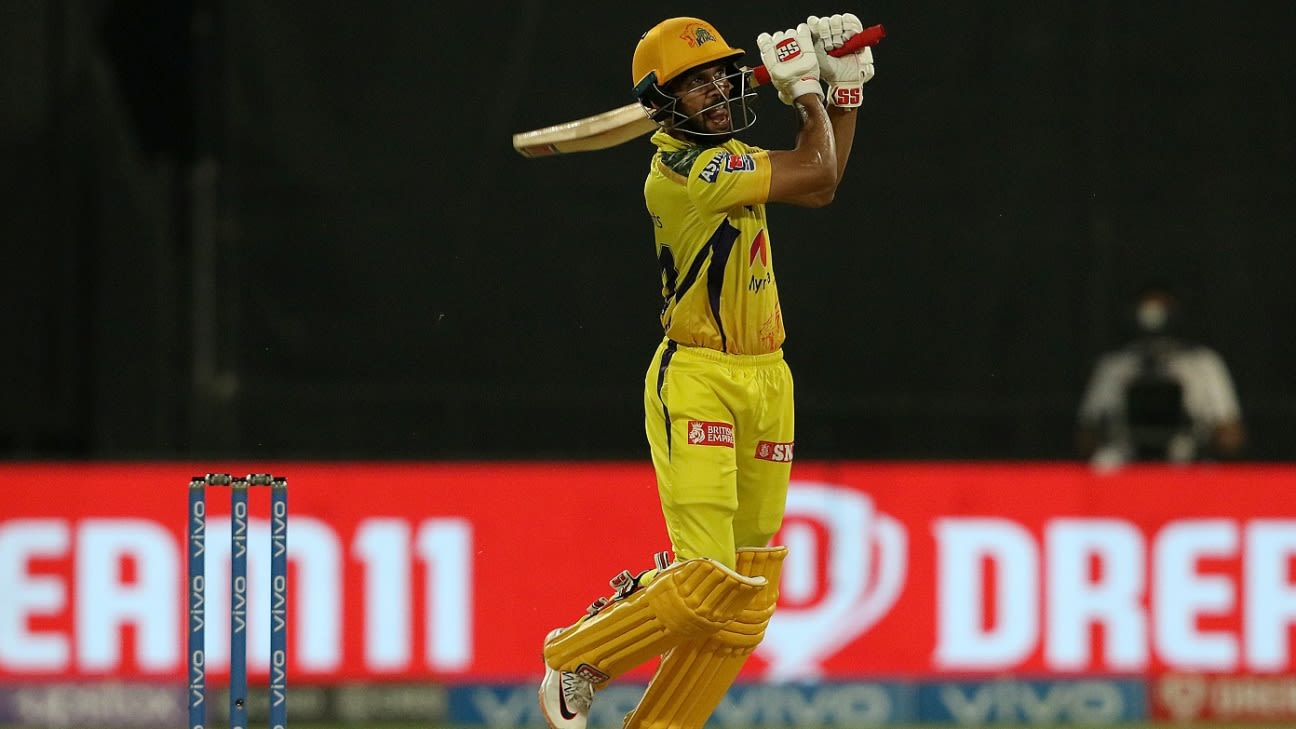 A hat-trick, a four-over return without giving up a run, a controversial boundary call that rescued the defending champions and scintillating performances from IPL stars were among the many highlights from the group stages of the Syed Mushtaq Ali Trophy, India’s domestic T20 competition.

As the caravan moves to New Delhi for the knockouts, amid worsening air quality that has left the local administration contemplating a lockdown, here’s a quick look at those made it and those who missed out.

Defending champions Tamil Nadu and Maharashtra, led by the in-form Ruturaj Gaikwad, both made the cut on the back of four wins in five matches. However, Maharashtra have to play the pre-quarterfinal despite finishing with a better net run rate than TN because head-to-head is the first criterion for teams tied on points. When the two sides met, TN comfortably defended 167 despite Gaikwad’s 30-ball half-century.

Maharashtra won’t have Gaikwad’s services from here on, as he is part of India’s T20I team for the New Zealand series. TN, who endured a massive slice of luck en route in the group stage, won’t have any such worries, having a full squad to choose from.

In what proved to be a turning point, a final-over umpiring gaffe resulted in Odisha being denied a boundary. M Ashwin’s feet were in contact with the rope even as he went beyond the line to push the ball back in – and Odisha lost the match by one run. Punjab were the closest among the other sides to qualification, but eventually lost out after going down to TN.

Bengal stole the top spot from high-flying Karnataka in the final group game, but both sides made it through to the knockouts without any hiccups. Both sides will be missing key players because of either India A or national duties. Bengal will be without Abhimanyu Easwaran and Wriddhiman Saha, while Karnataka will be without Mayank Agarwal, K. Gowtham, Devdutt Padikkal and Prasidh Krishna.

Shreevats Goswami, controversially left out of the group stages, has an opportunity to make amends as he returns for the knockouts. Goswami was left out due to Saha’s availability, despite being among the top three run-getters in the tournament for the side in three of the last five seasons.
Mumbai was the nearly-side from this group, having finished with three wins in five matches. Although captain Ajinkya Rahane top-scored with 286 runs in five games at a strike rate of 133, including four half-centuries, they couldn’t capitalise. Prithvi Shaw’s poor form – 107 runs in five innings, 83 of which came in their final game against Baroda after being knocked out – didn’t help matters either.

Much of Rajasthan’s running was done by their new signing Deepak Hooda, alongside established hand Mahipal Lomror. Hooda, who moved from Baroda after a spat with Krunal Pandya last year, top-scored with 291 runs in five games, including an unbeaten 39-ball 75 after walking into bat at 10 for 2 to help beat Jharkhand. More than the four half-centuries he struck, his strike rate of 175 stood out. Ravi Bishnoi, the legspinner, impressed with the ball, picking up eight wickets in five games.
Himachal, meanwhile, were propped up by Rishi Dhawan, who finished the group stages with 14 wickets, third-best. This included his career-best figures of 6 for 23 that helped pip Jammu & Kashmir in a thriller after his 26-ball 45* had set the game up in the first place.

Gujarat topped the pool with four wins in five games, on the back of clinical batting performances, led by Priyank Panchal. However, their designated captain won’t be available for the knockouts because of India A commitments, along with Arzan Nagwaswalla, the left-arm fast bowler who picked up seven wickets. Piyush Chawla, who featured in just one game at IPL 2021, proved why he isn’t a spent force yet. He picked up five wickets in as many games and was economical, conceding at just 6.42 per over.

The Sanju Samson-led Kerala took the second spot, after overcoming stiff competition from Madhya Pradesh. Both sides managed three wins, but Kerala pipped them on head-to-head, in the team’s final league engagement, making light work of a 172-chase courtesy stroke-filled half-centuries from Samson and Sachin Baby. Meanwhile Venkatesh Iyer, who made it to the India’s T20I side on the back of a breakout IPL season, managed just one half-century at the top of the order in five outings for MP.

They named two captains and two squads prior to departure, the kind of confusion and chaos not new to Hyderabad cricket. But on the field, they managed to turn a corner, winning all five games to make the quarterfinals. Tanmay Agarwal, the captain, is currently the tournament’s highest run-getter with 302 runs in five innings at a strike rate of 150, while left-arm seamer CV Milind leads the wicket charts with 16 scalps, including a best of 5 for 8 that helped defend 147 against Uttar Pradesh.

Saurashtra were the second qualifiers from the group, with four wins in five games. While Jaydev Unadkat led the wicket charts, Sheldon Jackson, who returned to his home state after a stint with Puducherry at the end of the 2020-21 season, left his imprint with the bat, top scoring with 221 runs in five matches. Their only loss was in a last-over thriller against Hyderabad, where Unadkat joined Prerak Mankad at 67 for 6 and then put on a near century stand to set up a defence of 173. Hyderabad won by two wickets with three balls to spare. Hanuma Vihari, who returned to home like Jackson, from Andhra, had underwhelming returns, 57 of his 94 runs coming in one innings alone.

Two-time Ranji winners Vidarbha proved no match for the rest of the pack, as they emerged runaway winners from this group. Meghalaya and Tripura fought hard to post four wins in five games, but couldn’t close out games against Vidarbha.