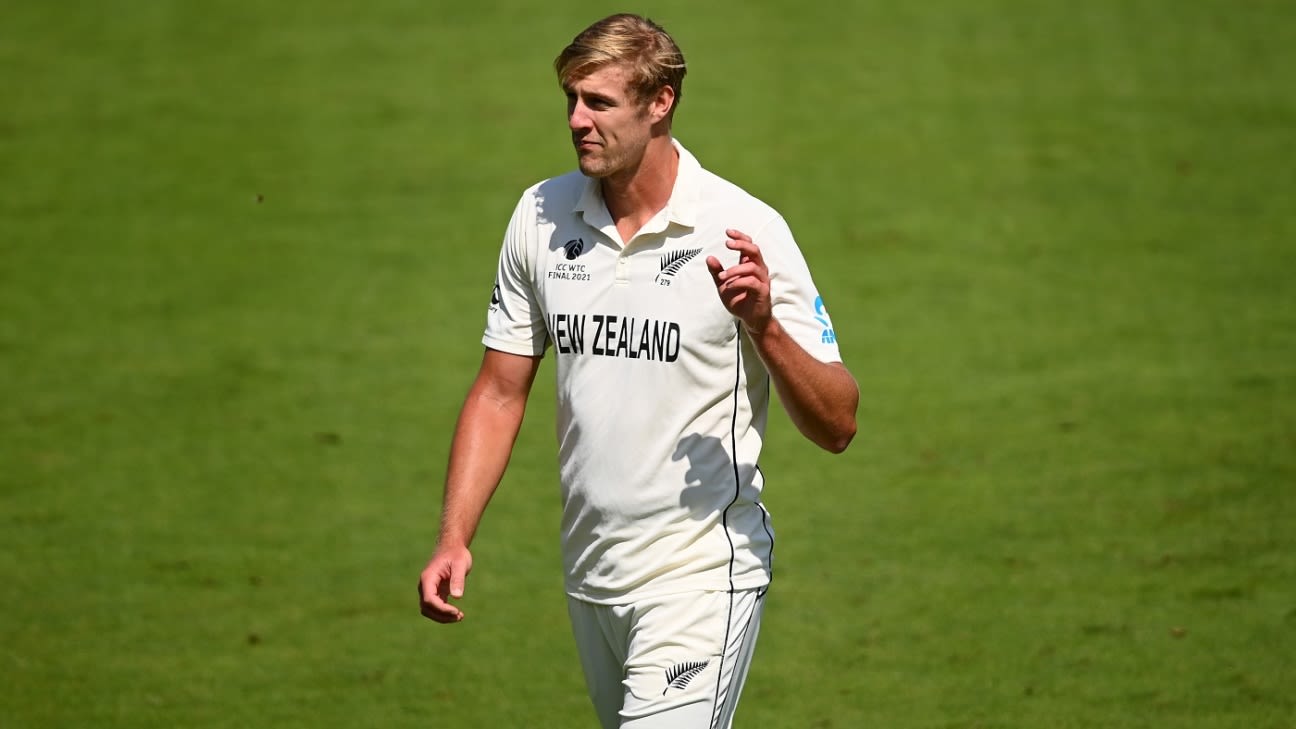 New Zealand fast bowler Kyle Jamieson has decided to skip the three T20 internationals against India to focus on the upcoming Test series that signals the start of the new World Test championship cycle.

“We decided through talking with Kane and Kyle that they won’t play in this T20 series,” coach Gary Stead was quoted as saying by stuff.co.nz. “They’re both going to get ready for the Test matches and I think you’ll find there will be other guys involved in the Test matches that won’t play the entire series either.

“It’s a bit of a balancing act at the moment and with three T20 games in five days plus travel to three different cities it’s a very, very busy time.”

In what will come as a boost, Lockie Ferguson, who was ruled out of the T20 World Cup due to a calf injury, has been deemed fit.

“Lockie is likely to play tomorrow night, which is fantastic to get him back to playing again,” Stead said. “He’s recovered very well from his calf injury that he picked up at the very start of the World Cup. So exciting for him and exciting for our team to have him back in our attack.”

New Zealand, who had lost the T20 World Cup final on Sunday, flew in to India the next morning and have little acclimatisation time, something Stead and Williamson believe isn’t ideal.

“It’s the first time that I can remember that we’re so quickly into another series immediately at the back-end of the T20 World Cup,” Stead had said. “It’s definitely tough and challenging but it is what is in front of us.”

Wednesday’s T20I opener in Jaipur will be followed by games on Friday and Sunday in Ranchi and Kolkata respectively, before the Test series kicks off on November 23.