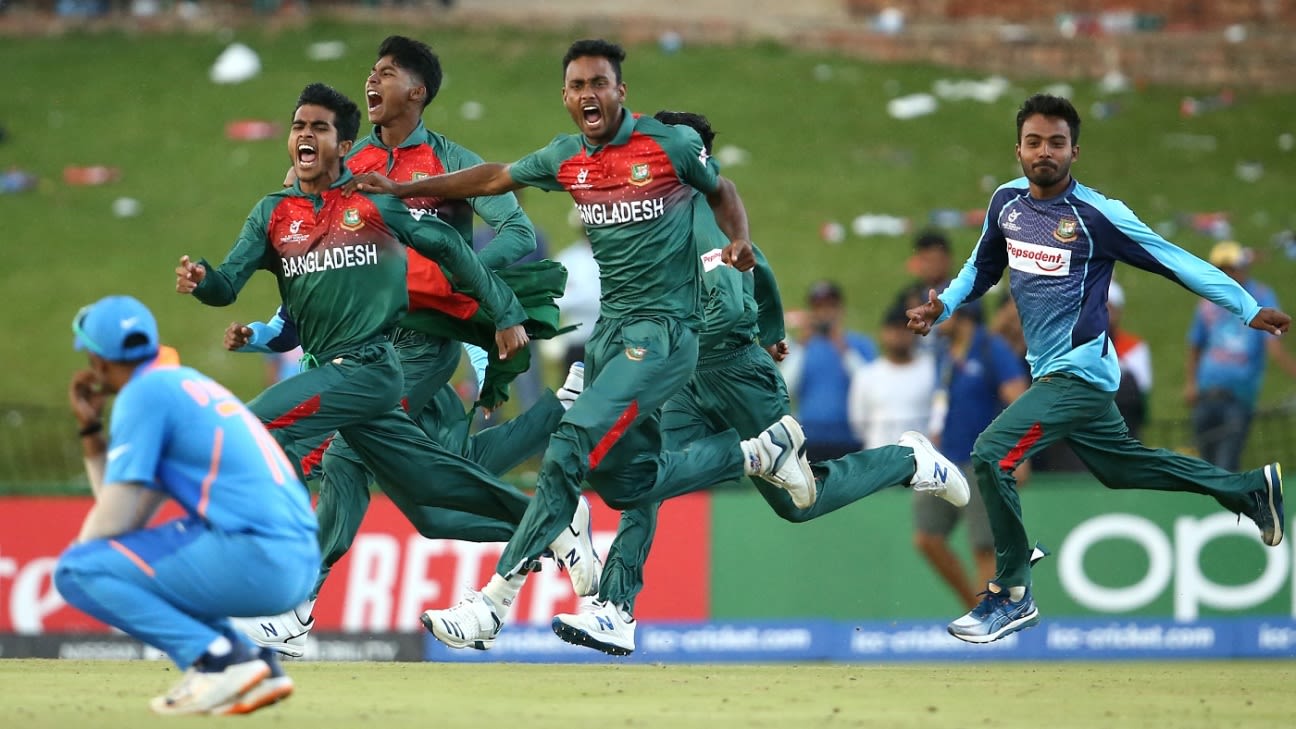 New Zealand have withdrawn from the 2022 men’s Under-19 World Cup, owing to “extensive mandatory quarantine restrictions for minors on their return home”. Scotland, who initially missed qualification in the Europe qualifiers, became the 16th team to participate in New Zealand’s absence.

The World Cup will be held in the Caribbean between January 14 and February 5. The 14th edition of the 50-over competition will see 16 teams in four groups vying for the title across 10 venues in Antigua and Barbuda, Guyana, St Kitts and Nevis, and Trinidad and Tobago.

Uganda, who will be making their debut in a men’s World Cup competition, have been pooled alongside India, South Africa and Ireland in Group B. Defending champions Bangladesh are in Group A with England, Canada and United Arab Emirates (UAE). Group C comprises Papua New Guinea (PNG), Afghanistan, Pakistan and Zimbabwe, while Group D is made up of Australia, Sri Lanka, Scotland and hosts West Indies.

The 48-match tournament will begin with West Indies taking on Australia and Sri Lanka facing Scotland on January 14.

Sixteen warm-up matches will be held between January 9 and 12 in St Kitts and Nevis, and Guyana.

Like in the past few editions, the top two teams from each group will progress to the Super League knockouts, but those who don’t qualify will earn crucial playing time in the Plate competition for positions nine to 16 that runs concurrently with the main tournament. It effectively means every team will play the same number of games in this competition designed for rising cricketers.

Ten of the 16 teams qualified directly for the world tournament. One place went to Scotland after missing out outright initially, while the last five spots went to the teams that won their regional qualifying events. Canada represent the Americas, having pipped USA, Argentina and Bermuda to the spot. PNG, who missed the previous edition after missing their 2019 regional qualifier final over “internal disciplinary issues” have qualified from East Asia-Pacific. Uganda became first-time qualifiers after beating sides like Namibia and Nigeria in the Africa qualifiers while Ireland, who beat Scotland in the Europe qualifiers, complete the line-up.

West Indies have won the Under-19 World Cup once, Australia thrice, Pakistan twice while England, South Africa and Bangladesh have won it once each. India have been crowned champions four times.