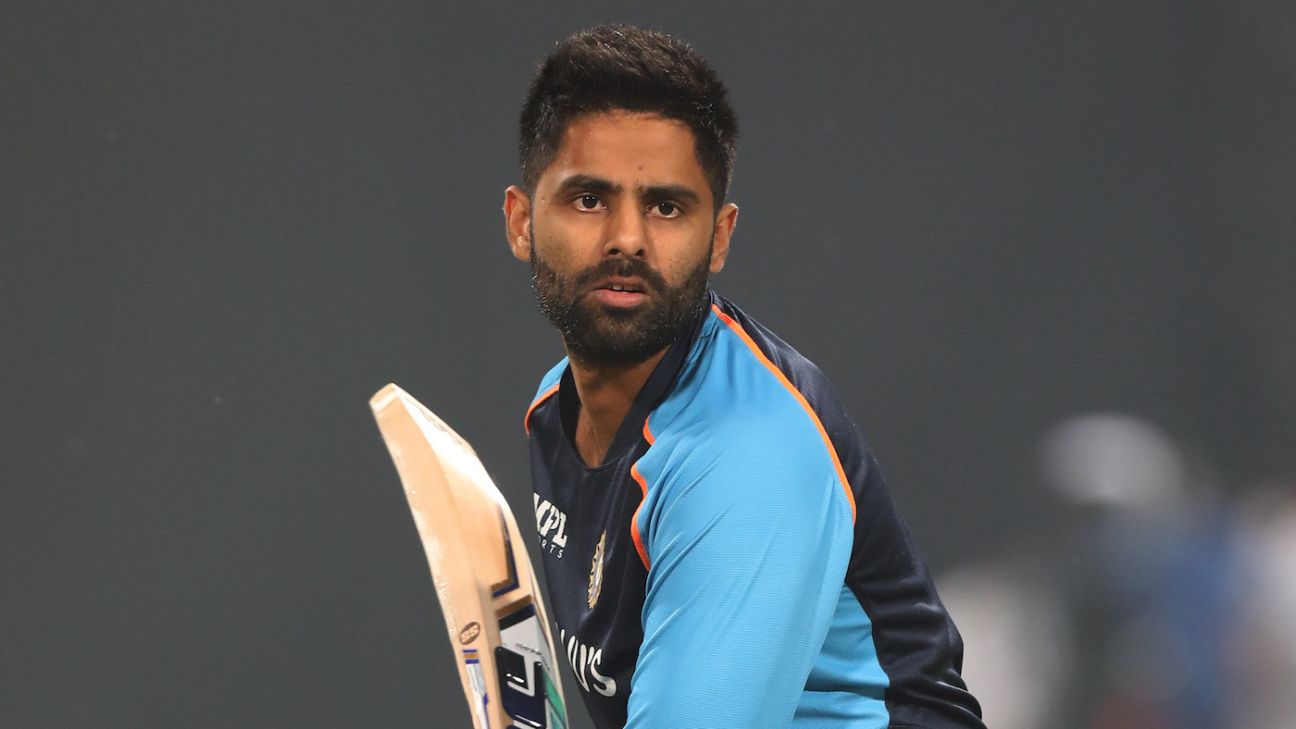 KL Rahul has been sidelined from the upcoming two-Test series against New Zealand with a strain in his left thigh. He will now undergo rehabilitation at the National Cricket Academy in Bengaluru, and Suryakumar Yadav has been added to the squad in his place, two days out from the start of the first Test against New Zealand in Kanpur.

ESPNcricinfo understands that the Indian team management is optimistic about Rahul’s recovery, which they expect will be in time for the senior batter to board the flight for the tour of South Africa in December.

In the absence of Rahul – Rohit Sharma has been rested for the series – Shubman Gill and Mayank Agarwal will be the likely opening pair for India. Along with Rohit, Rishabh Pant, Mohammed Shami and Jasprit Bumrah, as well as regular Test captain Virat Kohli, have been rested, though Kohli will return to lead the side for the second Test, in Mumbai.
Suryakumar, the 31-year-old middle-order batter, was also a late addition to red-ball squad that had toured England earlier this year, but he is yet to make his debut in the format. He might now be in contention for a middle-order spot along with Shreyas Iyer.

Suryakumar, who has become a regular in India’s T20I side, has been a key player for Mumbai in the Ranji Trophy. In the most recent first-class season, in 2019-20, Suryakumar tallied 508 runs in ten innings at an average of 56.44 and strike rate of 95.13, with two hundreds and two fifties. Of the 77 first-class matches he has played, 71 have been in the Ranji competition.