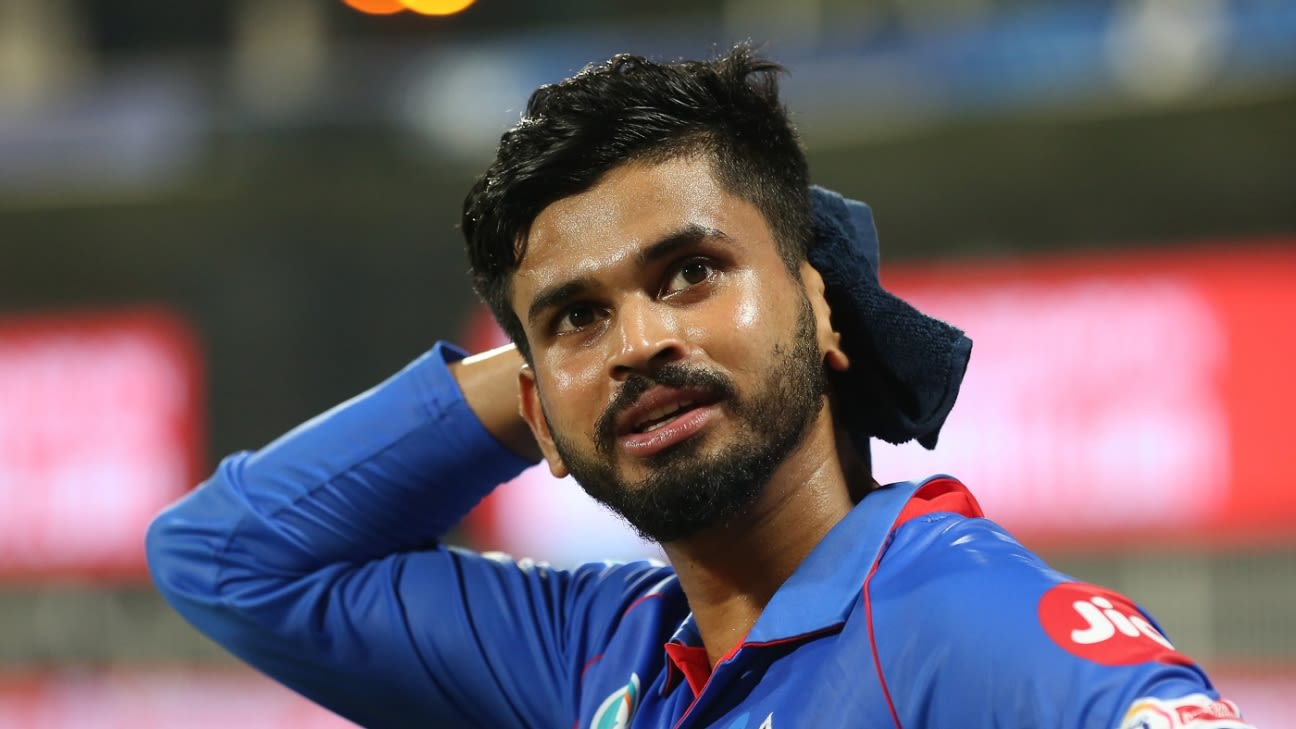 Iyer averages 52.18 in first-class cricket, and scores them at an astonishing strike-rate of 81.54

Shreyas Iyer is all set to be India’s 303rd Test cricketer. Stand-in captain Ajinkya Rahane confirmed a day before the Kanpur Test against New Zealand that Iyer will be debuting after KL Rahul was ruled out with a muscle strain in the thigh. Rahane said India hadn’t yet decided a day out if Iyer would be the only debutant or if they might play an extra batter given India are without Virat Kohli, Rohit Sharma, KL Rahul and Rishabh Pant.
India have preferred to go into home Tests with just the five specialist batters, which is probably why Hanuma Vihari was not selected in the squad and was sent to South Africa for the A tour, but Rahul’s injury on the eve of the Test series has been a spanner in the works. Rahane said India would miss all the big names, but that the youngsters stepping in were good enough to compete at Test level.

Iyer averages 52.18 in first-class cricket, and scores them at an astonishing pace of 81.54 per 100 balls. Against New Zealand A’s attack comprising Matt Henry, Lockie Ferguson and Ish Sodhi, Iyer scored 108 and 82, both at better than a run a ball, in the two unofficial Tests in Vijayawada in 2017.

Iyer is set to slot into the middle order, leaving, in all likelihood, Shubman Gill to open with Mayank Agarwal. India did want to try Gill in the middle order in the one Test that usual captain Virat Kohli was missing, but the injury to Rahul has put rest to those plans unless they still ask Cheteshwar Pujara to open once again.

Rahane said India would miss all the big names, but that the youngsters stepping in were good enough to compete at Test level. “It is a big blow obviously,” Rahane said of the Rahul injury. “He did really well in England, he was in good form, obviously we will miss him. But we have guys who can do that job, guys who have done well for us in the past. So not too worried about the opening slot.”

Rahane didn’t give out the final combination but there was strong indication to expect three spinners. He said the pitches were likely to assist spin because every team is maximising home advantage given the World Test Championship points at stake in every match.

“We are not too sure of the combination,” Rahane said. “But in India you generally get spin-friendly wickets, the ball generally keeps slightly low and slow. We expect that but not too sure how the wicket will play. We will have to wait till tomorrow and assess from there.

“Right now we are into the ICC Test championship. You have to make the most of the home advantage. In India we all know we are backing our bowlers to take 20 wickets. We are going to play on spin-friendly wickets. Batsmen will have to apply themselves. If they get set, they will have to convert it. That is the challenge as a batsman. You have to adapt to the situations and conditions. And then once you are set, try and get a big one. Yeah in future we are going to play on wickets that are spin-friendly.”

Big names missing and the expected challenging conditions puts the onus on the two senior batters, Cheteshwar Pujara and Rahane. The latter has averaged 25 over the last 15 Tests. Rahane said he was not too concerned about his numbers.

“No concern,” Rahane said. “My job is to contribute for the team. And contribution doesn’t mean you score a hundred every game; 30-40-70 at a crucial moment is also an important contribution. I always think about the team. I have never thought where I am going. It is an honour for me to lead the team. What happens in the future is not of concern to me. I am focusing only on how I can give my best at a given particular moment.”