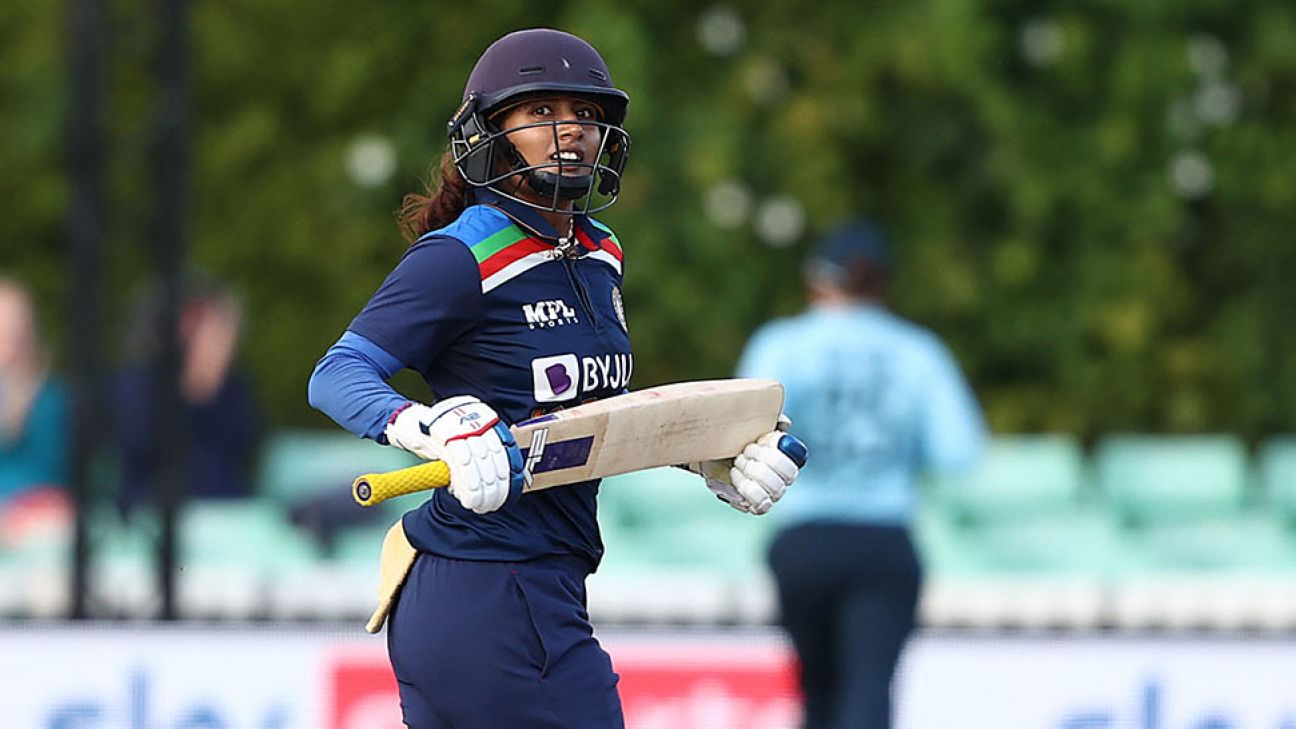 Mithali Raj, Jhulan Goswami, as well seven of the eight Indian players who participated in the 2021-22 WBBL, are among the notable omissions from the squads for the Senior Women’s One-day Challenger Trophy scheduled to run from December 4 to 9 in Vijayawada.

The Challenger Trophy, expanded to accommodate a fourth team for the upcoming edition, is expected to serve as an audition for the most promising performers of the Indian 50-over domestic season, especially the uncapped and fringe players, ahead of next year’s tour of New Zealand in February which will be followed by the ODI World Cup scheduled for March-April.

Radha Yadav, who is deemed a T20I specialist and has played just one ODI to date, is the only player from the eight-member Indian contingent to have participated in the ongoing WBBL to be picked for the Challenger Trophy. ESPNcricinfo understands the seven other players – Harmanpreet Kaur, Smriti Mandhana, Jemimah Rodrigues, Poonam Yadav, Shafali Verma and Richa Ghosh – have been rested, and so has been Raj, who recently led her domestic side, Railways, to the Senior One-Day Trophy title.

All eight WBBL participants are learned to have had the option of making themselves unavailable for the domestic tournament given they had also been part of India’s bilateral assignments against England (in June-July) and Australia (in September-October) before participating in the WBBL. Rodrigues, Verma, Harmanpreet, Mandhana, and Sharma were also part of the inaugural Hundred that took place in July-August, immediately after the England series.

All matches of the quadrangular tournament, where each team plays the other once, will be held at Dr. Gokaraju Laila Ganga Raju ACA Cricket Complex-DVR Ground.