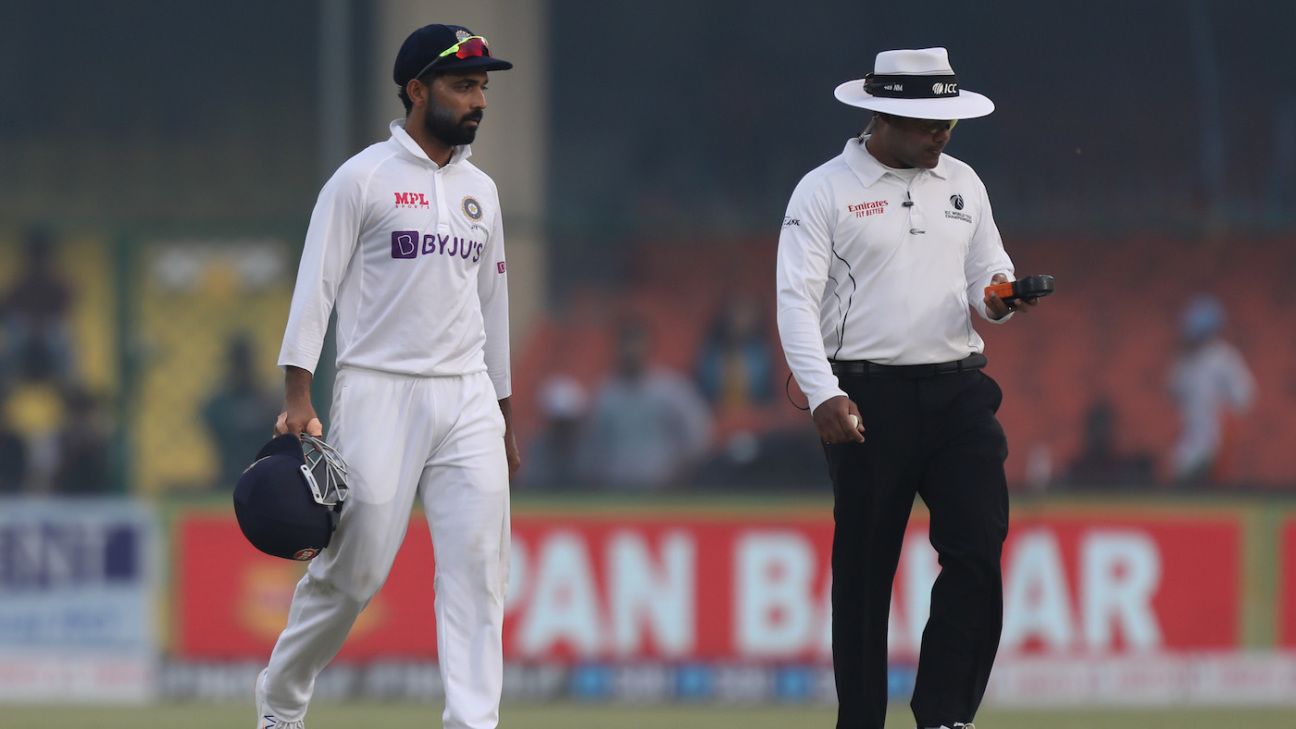 Too early to decide on Iyer’s place in the next Test, says India coach

India’s captain for the Kanpur Test must still have been processing the tight result with India falling one wicket short of what would have been an incredible win on a slow, low surface when his coach Rahul Dravid was being asked about his lack of runs. Ajinkya Rahane now averages 24.39 over his last 16 Tests, including one century in the Boxing Day Test nearly a year ago. With scores of 35 and 4 in this Test, his career average has now dipped below 40. At home he averages 35.73.

Sign up for ESPN+ and catch all the action from India vs New Zealand live in the US. Click here to watch English highlights from the first Test, and here for the Hindi highlights

Dravid was asked if he was worried about Rahane’s lack of runs. “I don’t get worried, you don’t get worried,” Dravid said. “Of course you would like more runs from Ajinkya. I am sure he would like a few more runs. He is a quality player. He has done well for India in the past. He is one of those guys who has that quality. He has the experience. Hopefully it’s just a matter of an innings, a matter of a game where he can turn it around. Certainly he would like to score more runs. He knows that. And we know that.”

The lack of runs became stark when full-time captain Virat Kohli rested and his replacement Shreyas Iyer responded by becoming the first India player to score a century and a half-century on Test debut. Usually you see the replacement player make way for the one returning, but when there are others struggling in the side, the question is asked: how can you drop a debutant centurion when others are not scoring runs? Dravid was asked, too, if Iyer would be retained in the side.

“We haven’t decided the playing XI for Mumbai,” Dravid said. “It will be too early to talk about it. We have only been thinking about this Test till now. When we get to Bombay, we will look at the conditions, the pitch. We will look at the guys’ fitness. Virat Kohli will also join us so there will be consultation with him. Then we will decide who will be in the playing XI.”

Apart from Rahane, Cheteshwar Pujara has been short of runs too, having last scored a century in January 2019. Even Kohli has gone two years without a century, but he has played fewer Tests than the duo, missing three Tests in Australia and one now. An interesting first selection awaits the Kohli-Dravid captain-coach team.