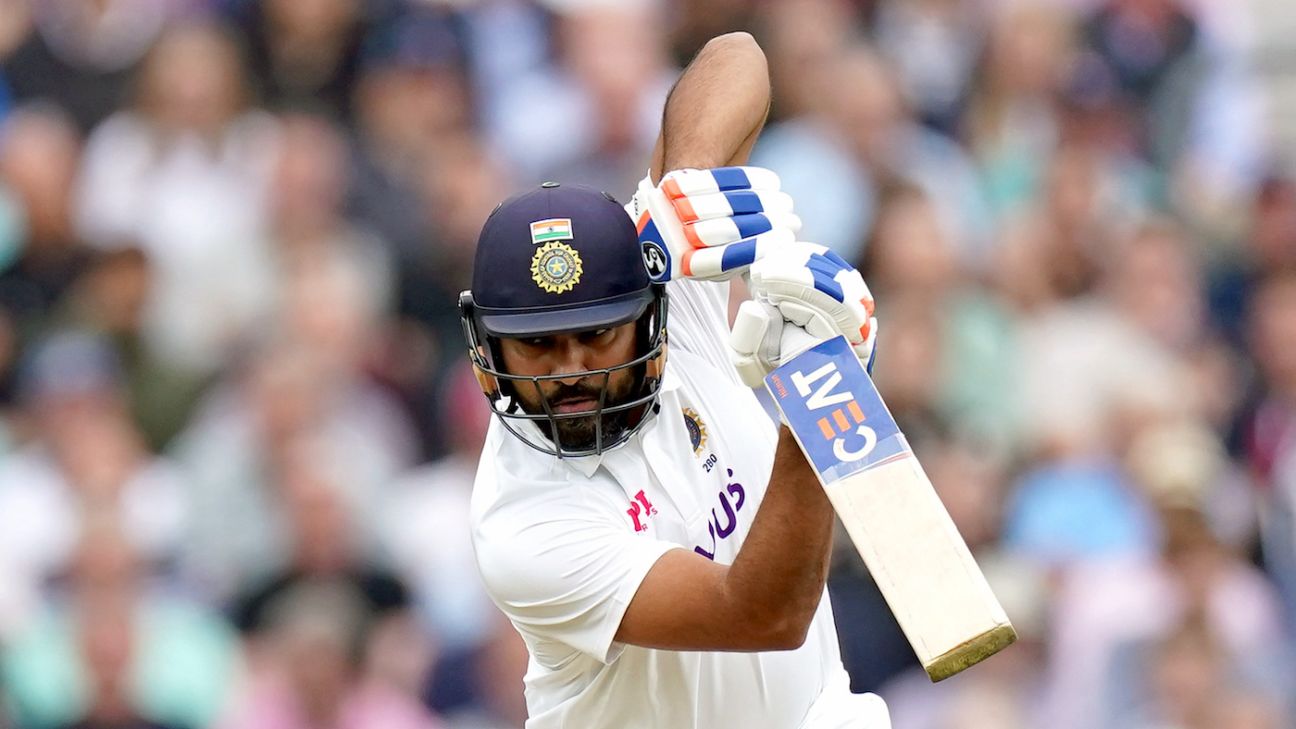 Rohit Sharma has been ruled out of the Test leg of India’s tour of South Africa with an injury to his left hamstring. The Gujarat opener Priyank Panchal has been drafted into the squad as his replacement.

ESPNcricinfo has learned that Rohit suffered the injury during a net session before the India squad entered quarantine in Mumbai, from where they are scheduled to travel to South Africa this week.

For Rohit, this is the second major tour affected by injury in the last 12 months. He only featured in the third and fourth Tests of India’s 2020-21 tour of Australia, missing the first two Tests due to a hamstring injury picked up during IPL 2020.
Rohit’s absence will be a blow to India’s preparations given he has been their highest Test run-getter in 2021, and one of only two batters – Rishabh Pant being the other – with a 40-plus average from 10 or more innings. Since moving to the top of the order during the home series against South Africa in 2019, Rohit has scored 1462 runs in 16 Tests at an average of 58.48, with five centuries including, most recently, a Player-of-the-Match-winning 127 in India’s win at The Oval in September.

KL Rahul and Mayank Agarwal are the other openers in India’s Test squad apart from the uncapped Panchal.

It remains to be seen if India will hand the vice-captaincy back to the out-of-form Ajinkya Rahane, or name a new deputy to Virat Kohli. It is learned that the selectors are deliberating over Rohit’s availability for the three ODIs that follow the Test series. A decision is likely to be taken this week.

This isn’t Panchal’s maiden call-up to the Test squad. Earlier this year he was part of an extended India squad that took on England in four Tests at home. Panchal, who is 31 and leads Gujarat in domestic cricket, was among the reserve openers for that series alongside Abhimanyu Easwaran.

While Panchal is a relative unknown to the wider public, he has been one of the regulars for India A over the last few years. A veteran of 100 first-class matches, Panchal was most-recently part of India A’s shadow tour of South Africa, where he captained the team in two of the three four-day games in Bloemfontein. He made scores of 96, 24 and 0 in his three innings on tour.

Panchal’s stocks rose significantly since his breakout Ranji Trophy season in 2016-17, where he topped the run charts with 1310 runs in 17 innings at an average of 87.33. His first-class highest, an unbeaten 314, came against Punjab that season. Those runs were part of a historic run for Gujarat, who clinched their maiden Ranji Trophy title. Following Parthiv Patel’s retirement last year, Panchal took over the Gujarat captaincy.