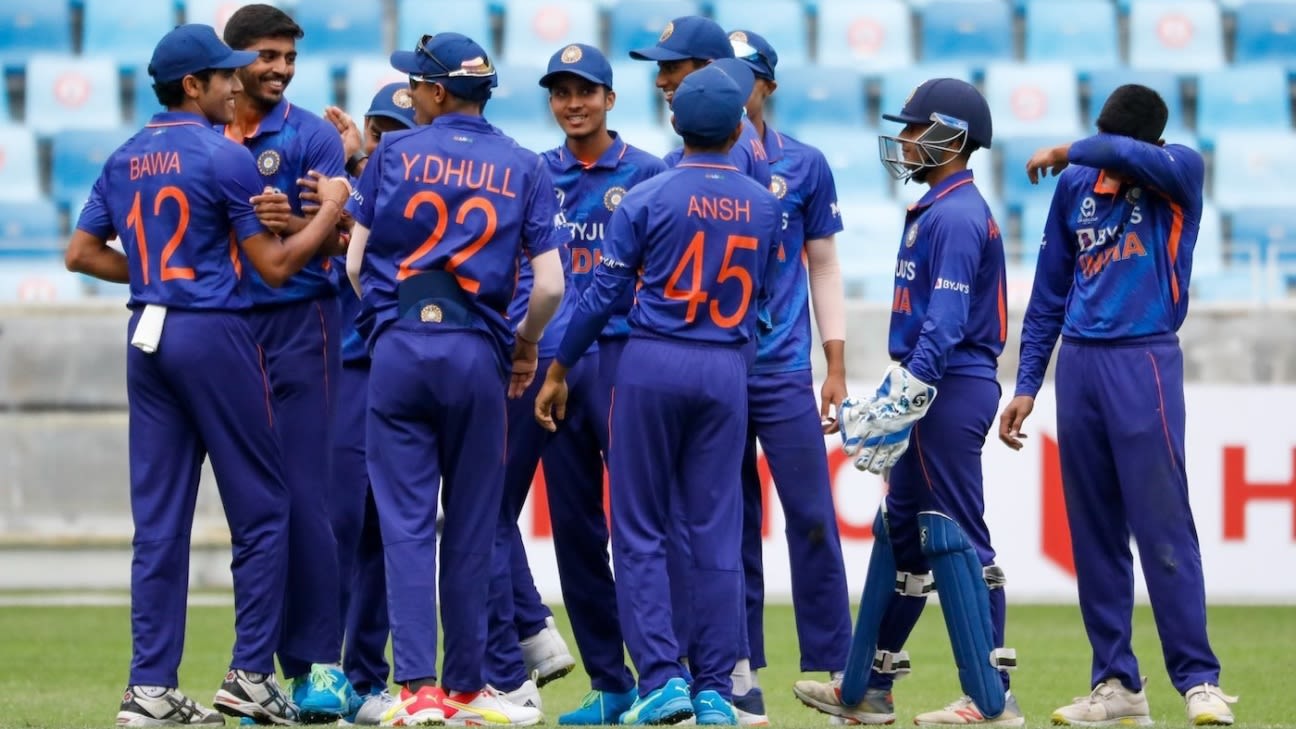 India ended 2021 with a memorable feat, winning a record eighth Under-19 Asia Cup title in nine editions, by thrashing Sri Lanka by nine wickets in the rain-affected final in Dubai on Friday.

The spinners shared five wickets between them to restrict Sri Lanka to 106 for 9 in the revised quota of 38 overs after they were asked to bat. Left-arm spinner Ostwal ended with figures of 3 for 11 in eight overs, while offspinner Tambe took 2 for 23 in six overs.

India struck in the fourth over of the innings when left-arm quick Ravi Kumar dismissed opener Chamindu Wickramasinghe for 2. The pace duo of Rajvardhan Hangargekar and Kumar kept the pressure on Sri Lanka and kept them to 15 for 1 after 10 overs.

The spinners struck soon and Sri Lanka were reeling at 57 for 7. Play stopped after 33 overs for two hours due to heavy rains and the game was then reduced to 38-overs-a-side, in which Sri Lanka just scrapped past 100.

India were set a revised 102-run target in 32 overs via the DLS method, which they chased down with much ease in 21.3 overs. After Harnoor Singh was trapped lbw for 5 in the fifth over, Shaik Rasheed and Raghuvanshi shared an unbroken 96-run stand to take the team home. Raghuvanshi’s knock included seven fours, while Rasheed hit two fours in his 49-ball 31.

Rasheed and Harnoor ended the competition as the top-two leading scorers with 133 and 131 runs in four matches, respectively.

India’s only loss in the competition came against Pakistan.