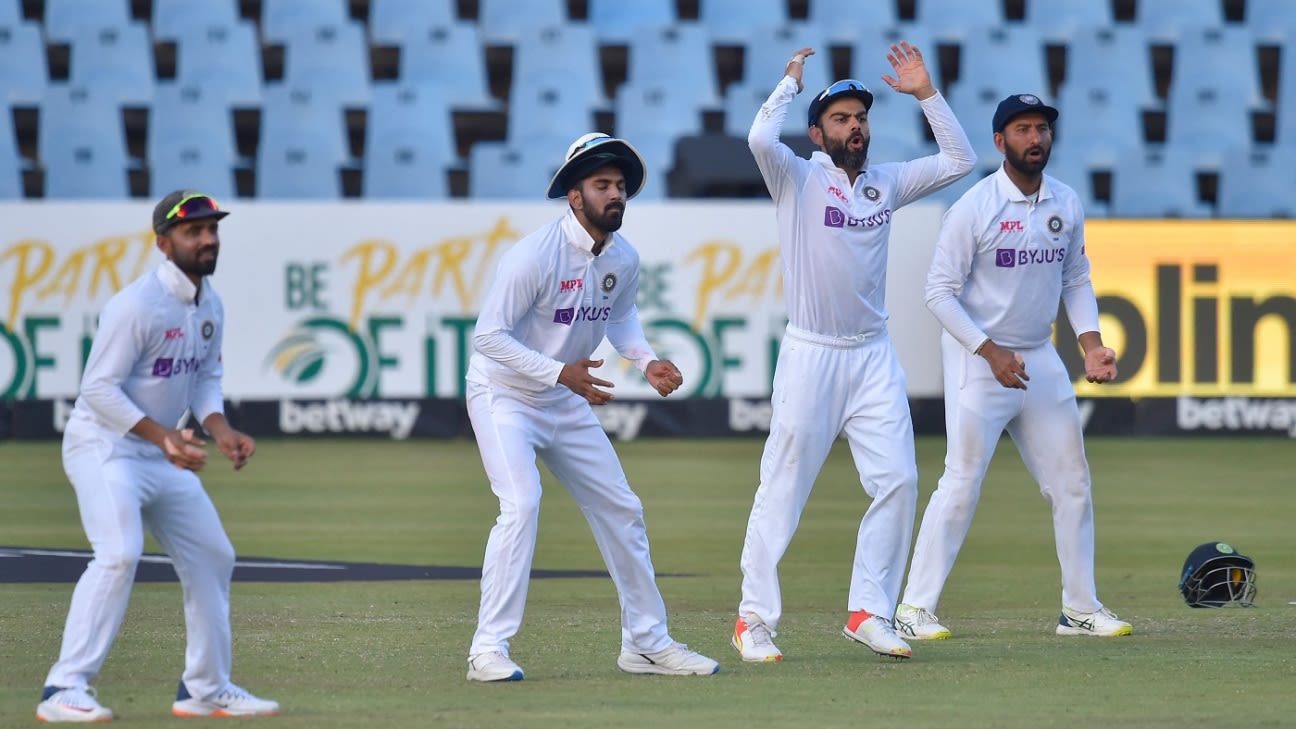 Team also fined 20% of match fee for the offence

India have been docked a point on the World Test Championship (WTC) points table for falling short of their required over rate during the Centurion Test against South Africa. They were deemed to be one over short of their target, after allowing for unavoidable delays. As per ICC rules, teams lose one point for each over they are short.
The players were also fined 20% of their match fee. The sanctions were imposed by match referee Andy Pycroft. The umpires for the Test, Marais Erasmus, Adrian Holdstock, Allahudien Paleker and Bongani Jele, had levelled the charge and India captain Virat Kohli accepted the offence and sanction, so there was no formal hearing.
India had also lost two WTC points in August 2021 for maintaining a slow over rate in the Nottingham Test. Losing points over over-rate offences could prove costly in the run to the WTC final, which will be in 2023.
Australia had a taste of this in the inaugural WTC cycle, which ran from 2019-21 – they were docked four points for a slow over rate during the 2020 Melbourne Test against India, and eventually just missed out on making the final, with India and eventual champions New Zealand going through.
The WTC finalists are decided by percentage of points won, and based on that criteria Australia, Sri Lanka and Pakistan currently sit above India on the 2021-23 table.
The change in the points system from actual points won to the percentage of points won was forced by the Covid-19 pandemic, which caused various series to be postponed or cancelled, meaning participating teams would not all play an equal number of matches during the WTC cycle.