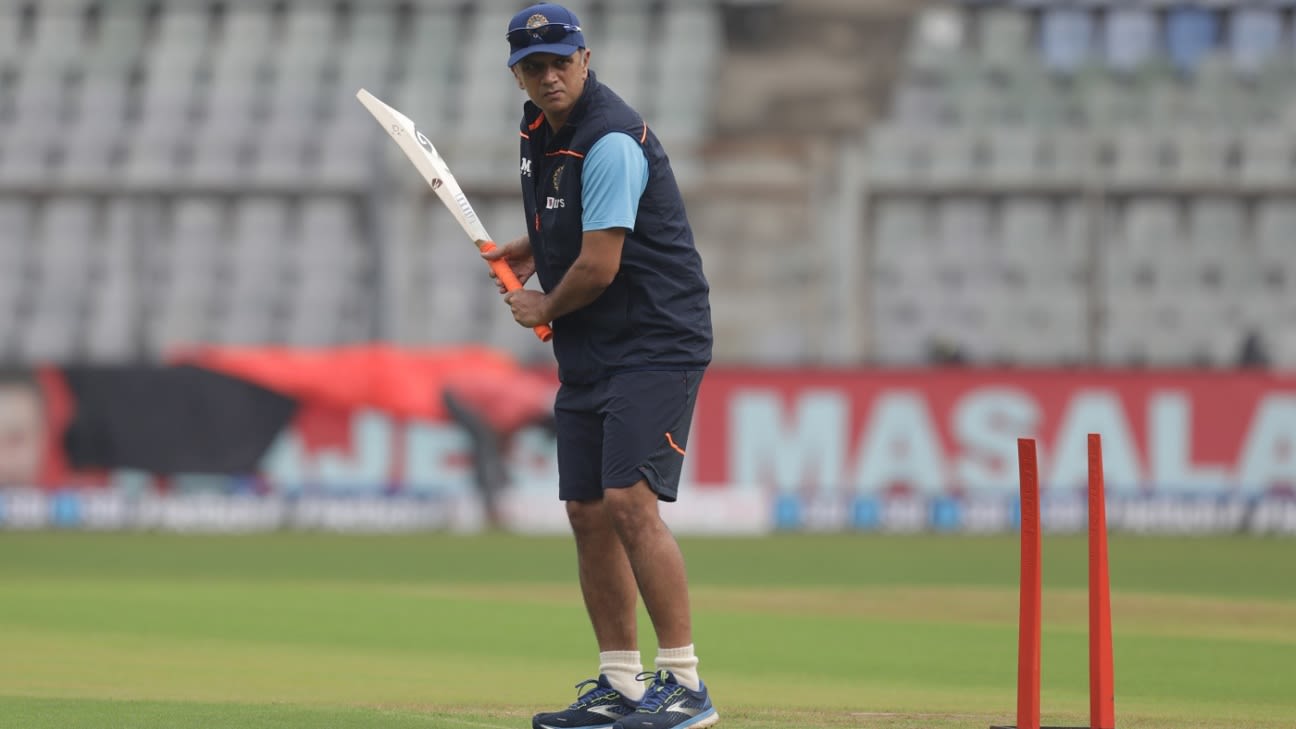 India coach understands the need to quicken things up, but hopes for a reasonable amount of leeway as well

“The rules are the same for everyone,” Dravid said, on the eve of the second Test in Johannesburg. “We understand that, we know that. It’s hard – I mean we’re playing four seamers, conditions were very hot in the two days that we bowled, and we’re trying. It’s an area we need to get better at. We’ve discussed that, we’ve had a few chats around it.

“We got docked one over in this game – it is disappointing to lose points because each of these points, especially these overseas points, are really hard-earned, and we have to earn each and one of them, so it is [disappointing], and we need to get better at that, and we need to ensure that we’re not docked more points, because in the end, it would be very disappointing to miss out [on a place in the WTC final] because of over-rate points that get docked, so yeah, it’s something we need to work on.”

While Dravid could see the need for measures to speed up play, he suggested circumstances in Centurion – Jasprit Bumrah went off the field during South Africa’s first innings with a twisted ankle, and there was some confusion around which new ball India had chosen before they began bowling in the second innings – made it trickier for the team to stay within their time limit.

“I think the ICC is trying something,” Dravid said. “It does feel harsh when you’re a coach, but it certainly gets us thinking, it certainly gets us wanting to quicken it up. They’ve tried fines in the past and that doesn’t seem to work, tried other methodologies in the past that don’t seem to work, so the ICC is trying to go down the points route, which I’m fine with.

“I don’t have a particular issue with it, it’s been clearly communicated to us that this is the methodology. As long as there’s a bit of leeway and a bit of understanding when the game is on. We had a few injury issues last time as well. Of course we were given some leeways, but sometimes it’s difficult to pinpoint how many minutes you lose when you have Jasprit Bumrah roll over an ankle and the physio’s got to go in and spend a lot of time doing that, and there are a few other issues, with the ball change last time, so there were a few small areas that maybe we can get a little bit better at, but as a principle, look, I’m fine with it, we know what it is, we just need to react and respond better.”